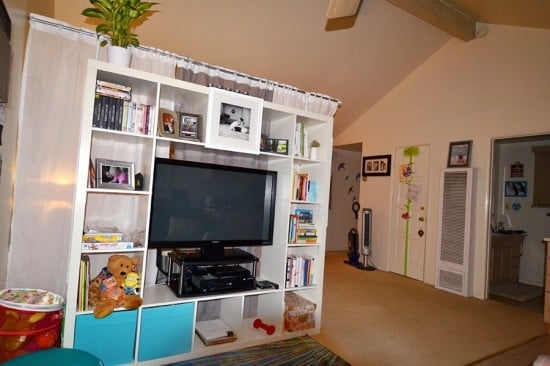 I wanted to divide a friend’s studio space using a large bookshelf. The Expedit was an ideal candidate except that I needed to figure out how she could watch TV in her bed as well as her living area with the TV mounted on the shelving unit. Originally I just cut out the necessary shelves to create the center area for the TV, and assembled as normal without the missing pieces. 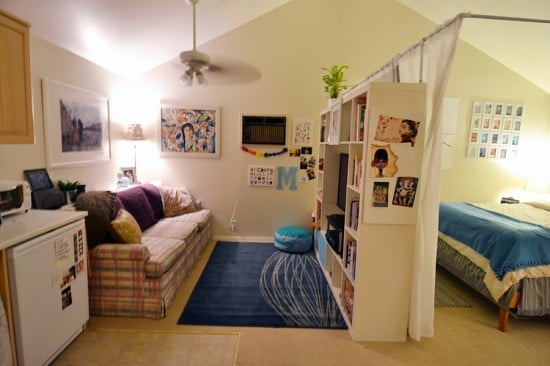 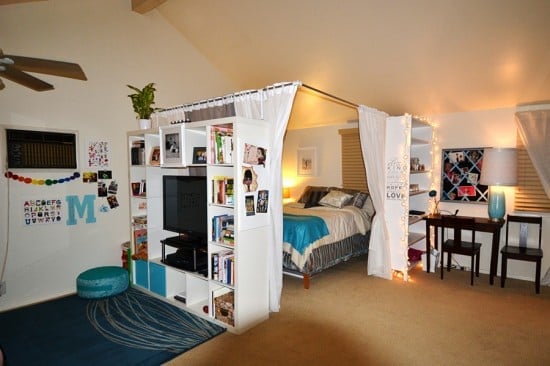 However, when I reassembled the unit and stood it up, I realized that I needed to use L brackets on each of the corners I had cut for extra support. I used Melamine to cover the cut sections of shelf as well to give it a finished look. I purchased a TV stand that rotated 360 degrees and set up the TV and other components so that she could rotate it 180 degrees one way and 180 degrees back the other way so the cords would not get tangled. To give her bedroom a more private feel, I mounted stainless steel piping at the top of the Expedit and used conduit pipe as a curtain rod. When the project was complete, she got a cozy studio apartment with two separate living spaces.