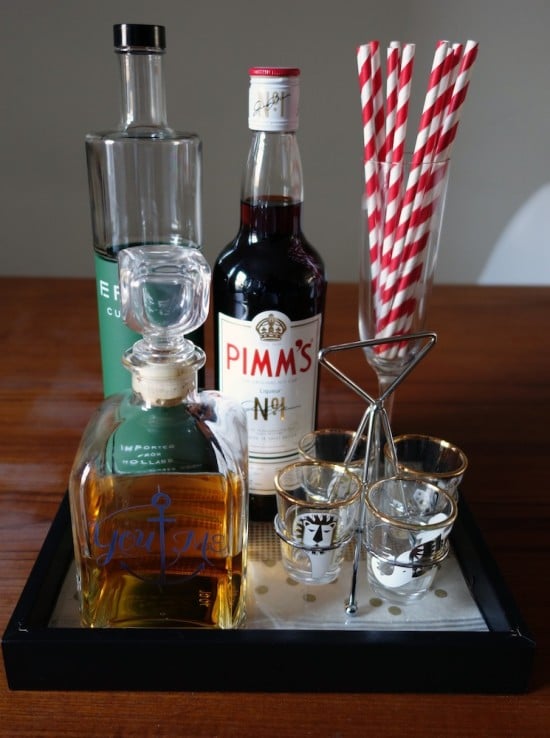 1. Remove everything from the frame, including the glass. (Sometimes they’re glued a bit in the corners so be careful! Some GooGone will remove any residue left over.) You can throw out the mat or reuse elsewhere.

2. Remove the arm from the backing (it’s just glued on), so all you’re left with is the thin piece of particle board. There will be two small holes, but nobody is ever going to see those anyway. Put the board, holes down, back in the frame.

3. Cut decorative paper to size and place on top of the board in the frame. Scrapbook paper, wrapping paper, a scrap of fabric, something cut out of a magazine—almost anything will work!

4. Place the glass on top of the paper/fabric. And ta-da! That’s it. You have yourself a customized serving tray in less than 10 minutes. 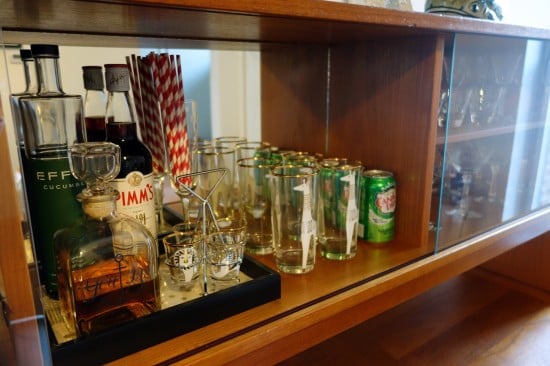 Now, you could definitely get more involved than this. For instance, there’s little metal clasps around the outside of the frame that are used to hold the picture in and the back on. You could get a pair of pliers and remove those or flatten them. They’re generally pretty hard to see though once the board, paper and glass are all back in there.

I’d also suggest adding a few of those stick-on felt buffers (you usually put them on furniture legs so they don’t scratch up wood flooring) on the front of the frame for good measure.

You can see the full post and MANY more pictures here.