For my Tertial iPad holder for bed hack, I cannibalized a Tertial, but had the lamp as a left-over. So I decided to create a hanging lamp with it. I wanted two lamps so I bought another Tertial. 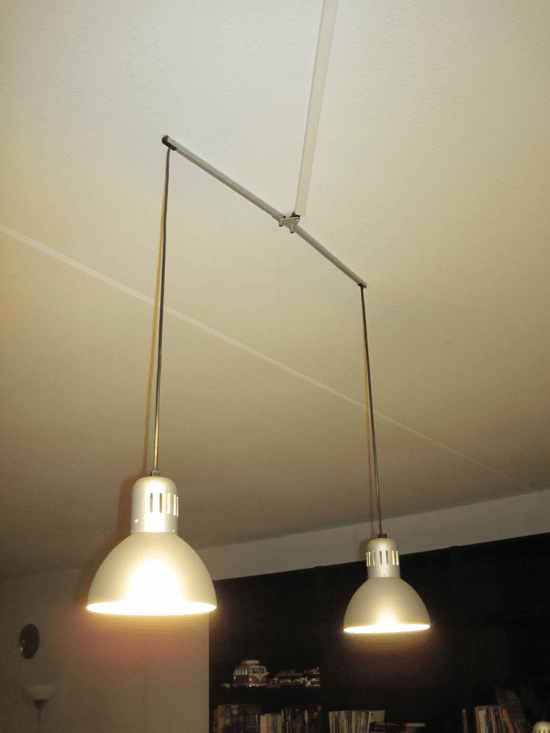 Step 1: Cutting the frame of the Tertial lamp

After disassembling the Tertial (how to: see my other Tertial hack):
* Cut two arm parts to the preferred length
* On 1 arm part: cut a hole for the plastic end cap, such that is angled 90 degrees to the other plastic end cap (opposed to being on the same side as they are by default).
* On the other part: cut the hole at a 270 degrees angle, such that when both lamps hang down from the arm parts, the wires exit the arms at the same side in the middle.
* Drill a hole in each arm to mount the arm to the ceiling

Step 3: Wire up the hanging lamp

See more of the Tertial hanging lamp on Instructables.