I wanted to share with you my study, entirely created from IKEA units (and a few pieces of planed softwood). The units were BESTÅ and I ‘floated’ them on wooden battens rather than put them on legs. It’s a small room (1.7m x 2.5m) so I needed to make the most of the space.

1. Firstly I mounted battens (top and bottom) along the length of one wall at the right height for the top to be at desk height, which I glued and screwed to give me a firm base to secure the units. I did the same on the opposite wall for a short length, just enough for one BESTÅ unit to act as the other side of the desk. Finally I ran battens right along the wall above where the desk would be. 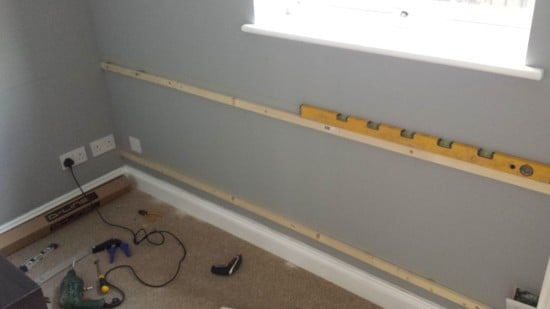 2. After I had the battens in place I ran a length of LED tape under the bottom of batten for the lower units, and top and bottom on the wall unit battens. The idea was to give some subtle floor level lighting and task lighting over the desk. I used a tape from a specialist supplier but I believe IKEA sell a similar product. 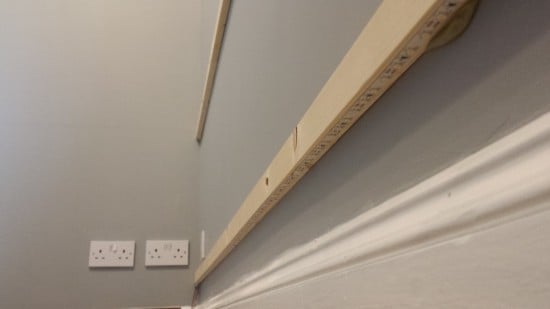 3. Then I mounted blocks onto the front of the battens which fit into the recesses on the back of the BESTÅ units. This gives you something sturdy to hang the units on when you are fitting them, and they are a bit stronger than the plastic brackets supplied. The plastic brackets are fine for securing to the wall at the bottom of the units though. 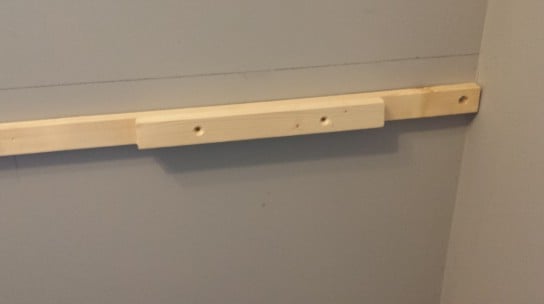 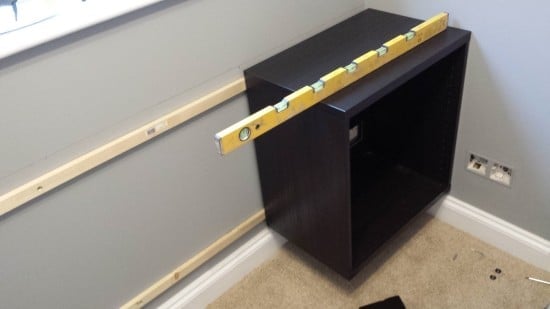 4. One thing I was really keen to avoid was having wires visible, and I didn’t want things on the floor, so I rebuilt a BESTÅ 200mm deep unit to mount the PC tower in. One side (which became the rear) was built as normal , but the other was replaced by a planed softwood frame, the visible sides of which I covered with the edging tape which came with the worktops (see below). The gap above the PC unit was filled with a piece of one of the spare BESTÅ shelves and I fitted a SELSVIKEN door cut approximately 2/3 of the way along its width and fitted with a continuous hinge. Into the larger portion I also fitted a vent plate to keep the PC cool. The smaller portion I screwed to the unit top and bottom to improve the rigidity. I fitted a small lock to the door just to use as a latch and mounted the whole unit onto the wall. 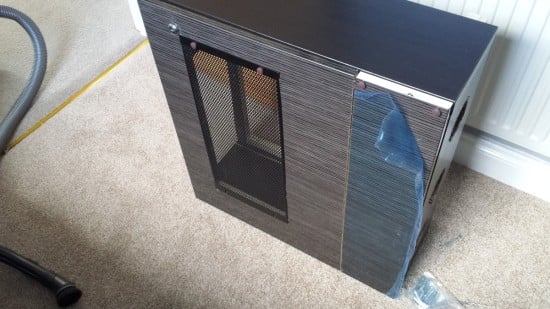 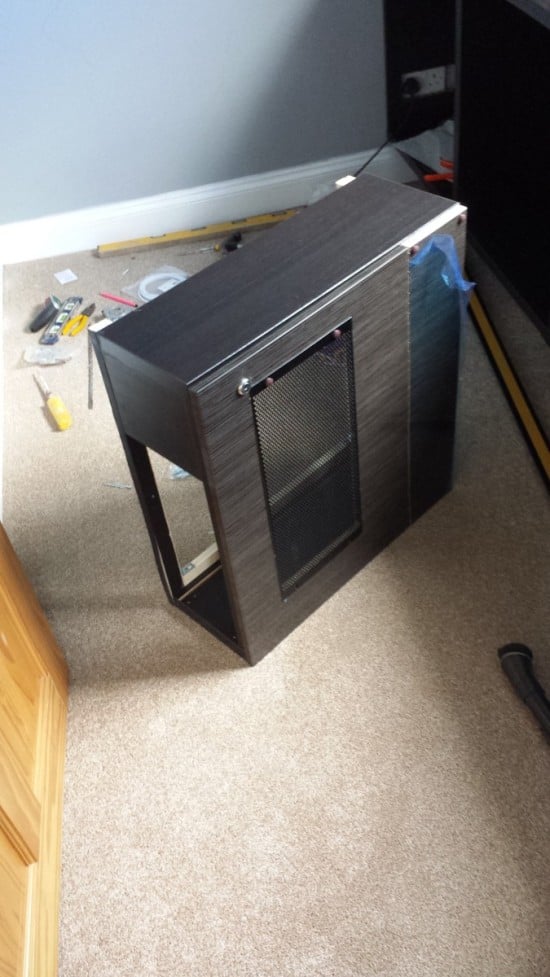 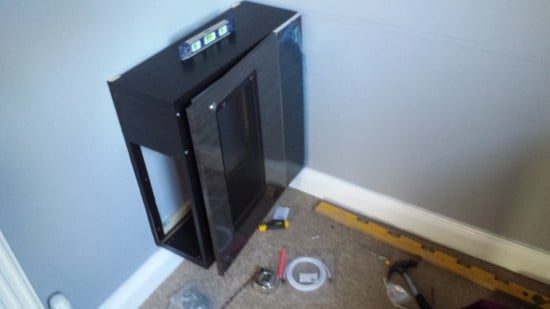 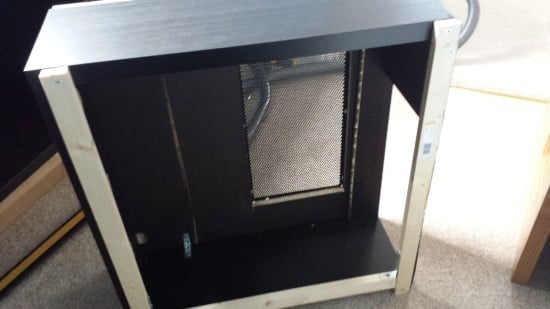 5. For neatness, I wanted a backboard behind the desk into which I could mount a power socket and switches for the LED light strips. A piece of ECKBACKEN worktop in the same black-brown finish as the BESTÅ units was perfect for this. I used a router to cut holes for the switches and channelled runs for all the cables, including a run for the monitor cables which came out in the top middle of the backboard. I also fitted a flush wall bracket for the PC monitor. 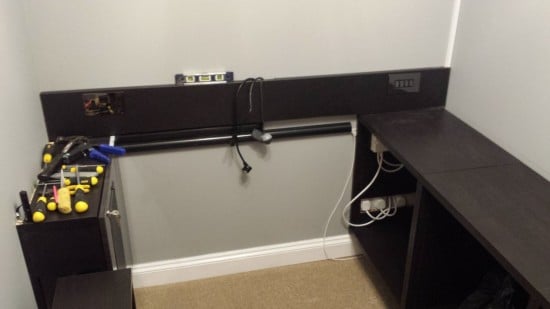 6. I then fitted the wall units. The room was not quite wide enough for three full BESTÅs so the middle one had to be cut to fit. The construction of the units is hollow so they are not best suited to being cut down. I filled the hollow with a piece of timber and glue it in place so I had something rigid to mount the sides to. 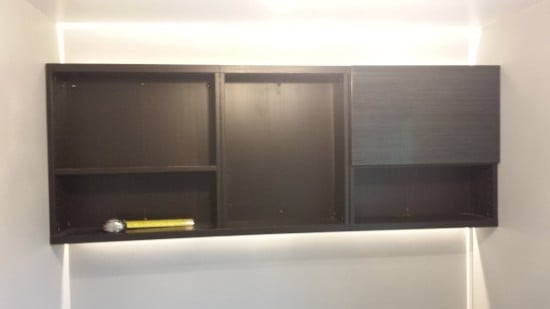 7. Next I fitted the ECKBACKEN worktops – one as a desk and the other over the top of the base units. Because the BESTÅ units are only 400mm deep I cut the 600mm down worktop to fit neatly with a small overhang. The remaining piece was used as the backboard mentioned above.

8. Finally I fitted the doors and drawers then it was job done. 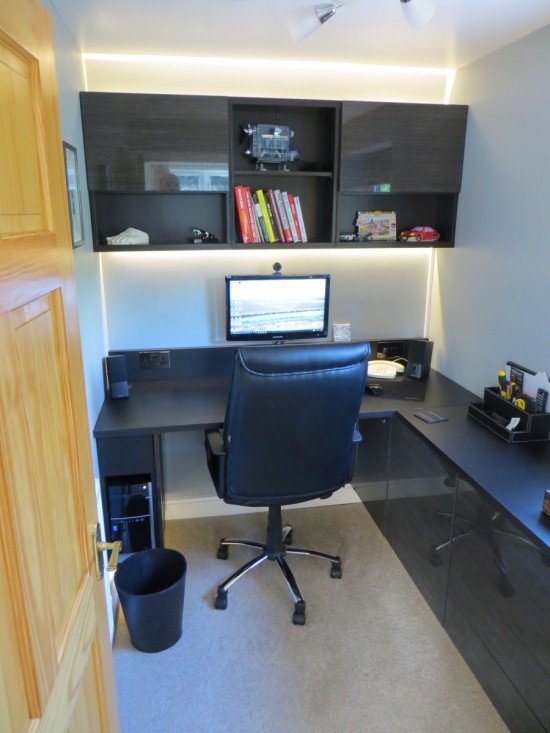 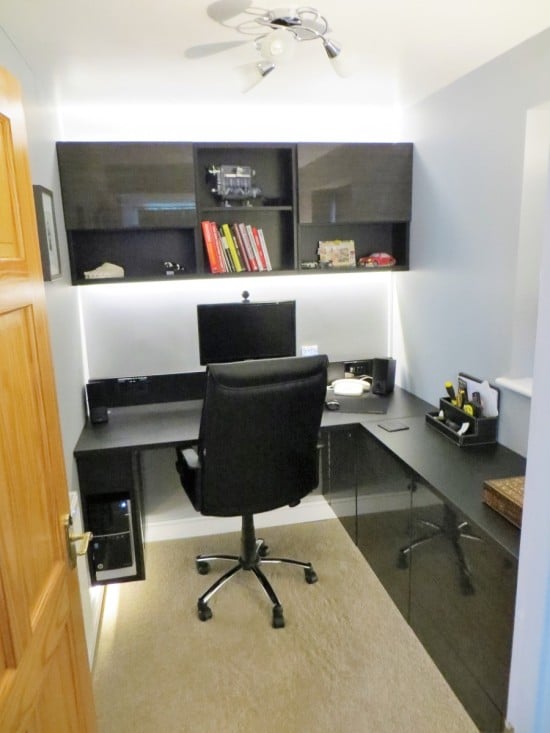 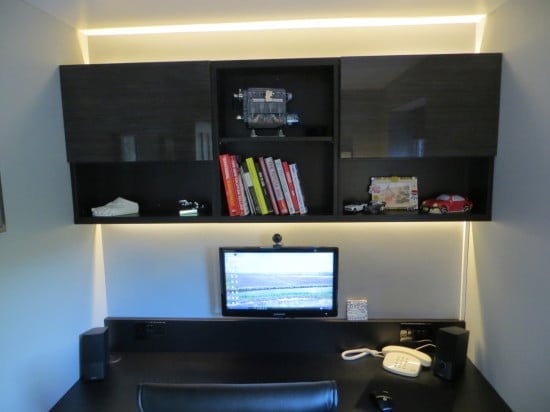 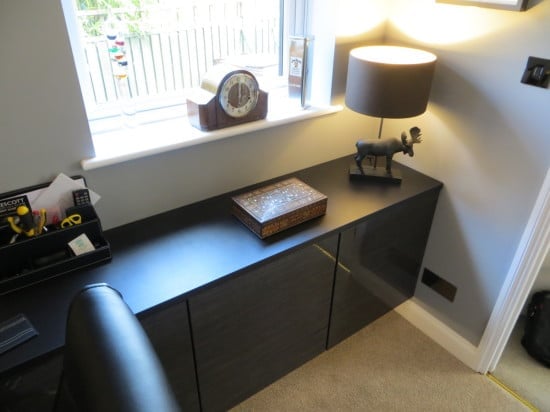 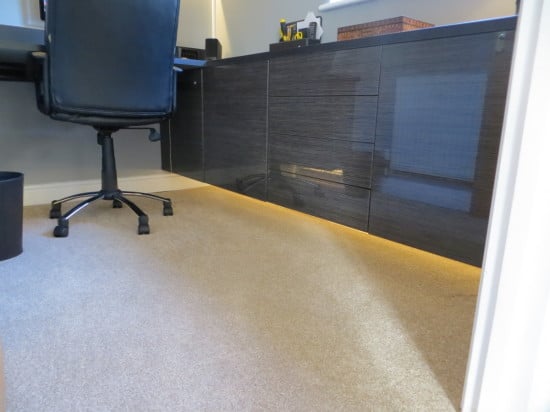 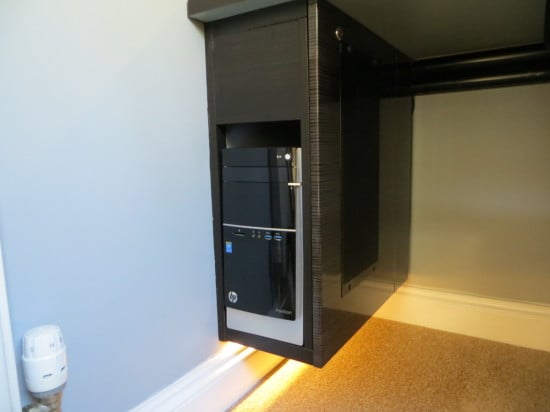