A hidden litter tray in a BESTÅ unit 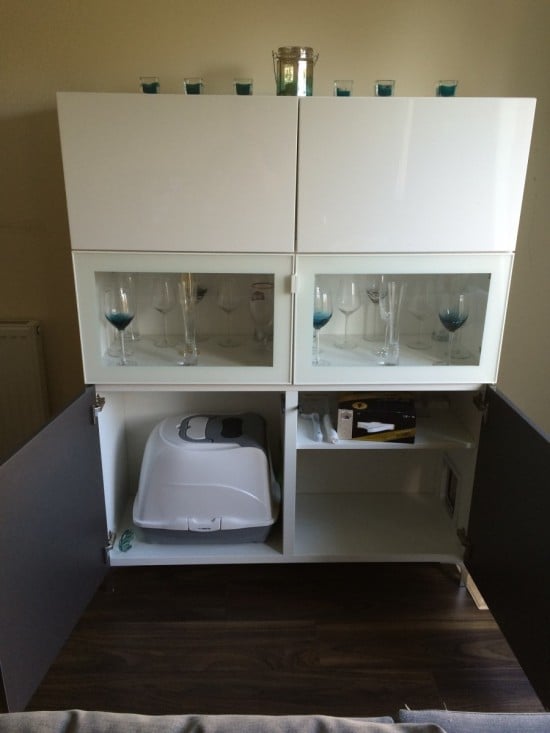 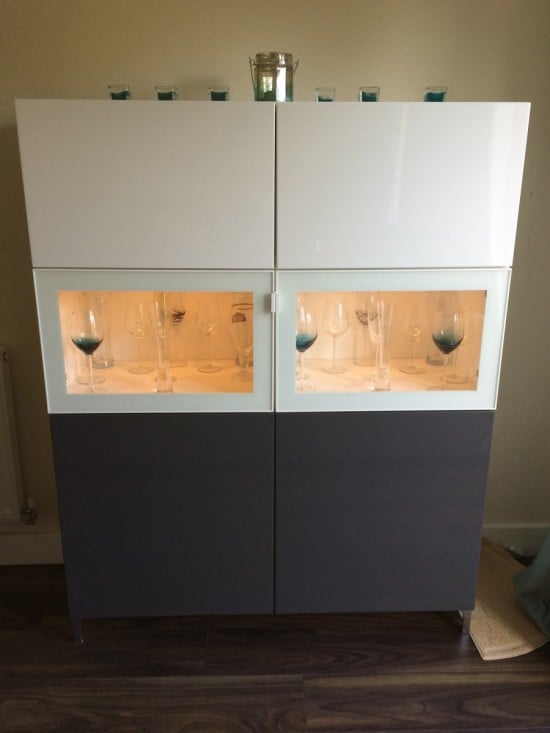 Materials:
I used BESTÅ cabinets with legs, a cat flap and some cabinet lights.

I recently moved to a new house and there was nowhere I could put the litter tray other than in the living room. I saw an under the stairs litter tray on this website which gave me the idea.

I bought 3 frames, one 120x40x64cm and two 120x40x38cm frames and the doors and hinges to match. You can use different height frames if you want to make it shorter or taller but you need the bigger one on the bottom.

Using the bigger frame (the bottom of the unit), I cut a hole at the height of the entrance to the litter tray in the central support. I also masking taped around the edge of the hole so that it was a bit smoother for my cats. On the right hand side (or the left side depending on preference) I cut a hole for the cat flap and fitted it. I did it low down on the side because of the legs I have used but obviously you don’t have to use the legs. 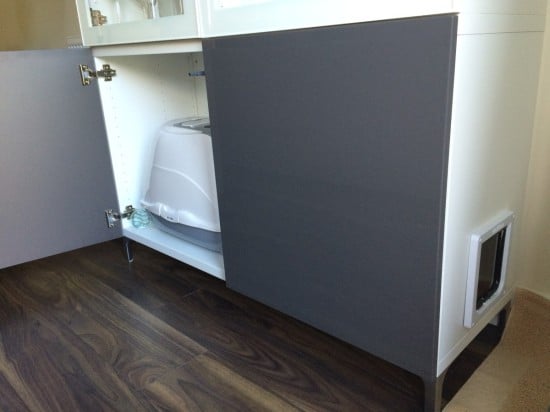 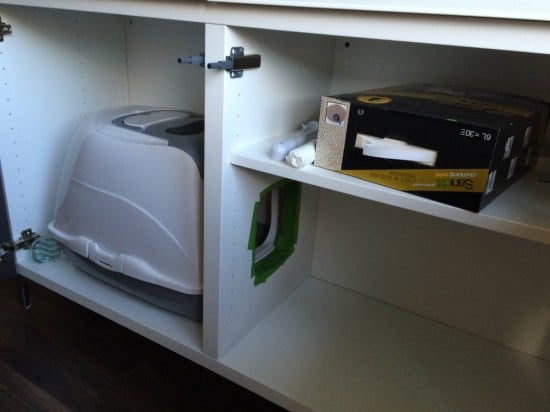 This now means that there is a tunnel into the litter tray through the other side of the cabinet. This helps prevent litter being kicked out the litter tray. I also added a shelf at the top of the tunnel to keep the litter, scoop and bin bags etc. I then attached the other two frames to the base unit and fixed the lights into the middle one. I then attached the doors with glass ones in the middle. Obviously the glass doors and the lights are optional.

I already had a hooded litter tray and thought I might as well keep using that so just took the flap off it when I put it inside.

I have found that spread of litter is much much less than it used to be and it also means I don’t have to look at an ugly litter tray in the living room. Also I can never smell anything unless I open the doors, even when it is being used. It also doesn’t smell in the higher sections as they are separate frames.

The actual unit was quite expensive (came to around £350) but that is mainly because my partner wanted the gloss and glass doors which are much more expensive than the standard doors. Without them, the lights and the legs it is more like £200, but we thought it was worth the extra for the aesthetics and the extra storage too. 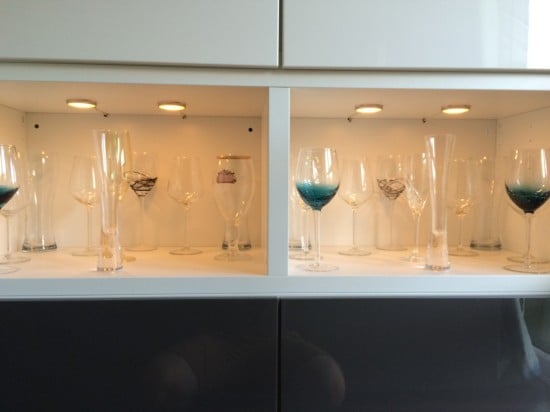 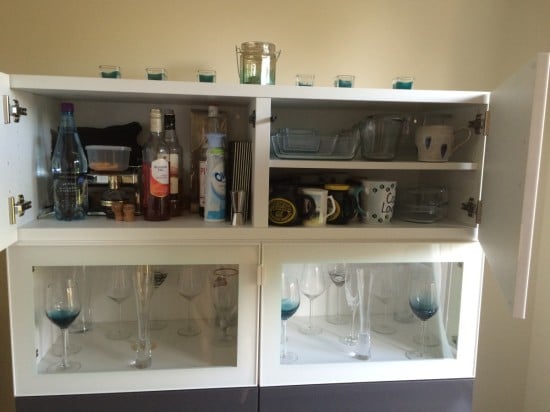 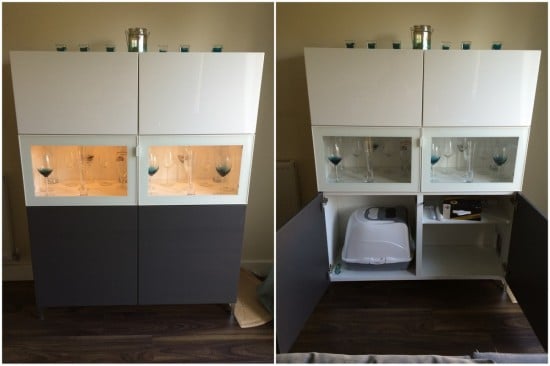