I have seen a few different IKEA PS 2014 conversions to the Death Star and wanted to have a go myself for my son’s room. I took inspiration from around the web and took the bits I liked the most to make my variant.

First off was dismantling the light fitting and spray painting all of the tiles a grey colour: 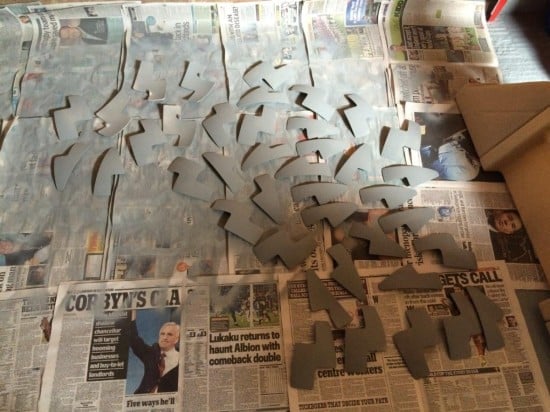 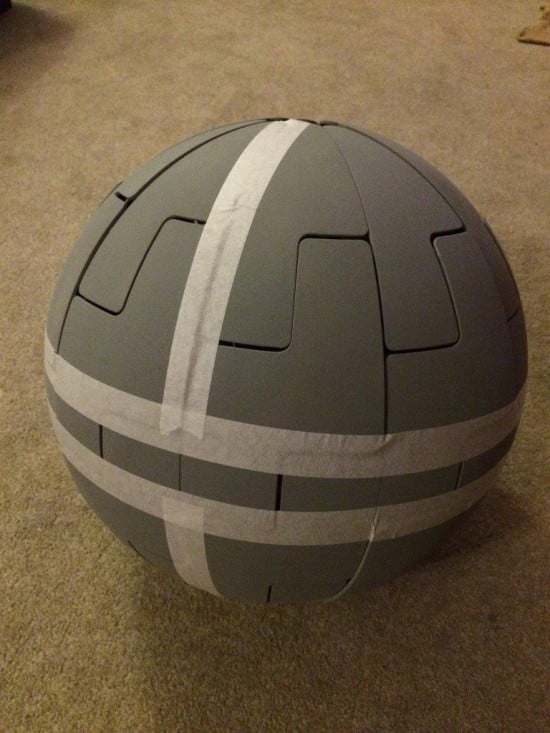 The masking helped to keep the light fitting stable and prevented the tiles from moving around too much. Next thing was to use a compass to create a series of circles to create the laser part of the death star. 5 rings were marked on the tiles and lines drawn at set intervals/patterns between them: 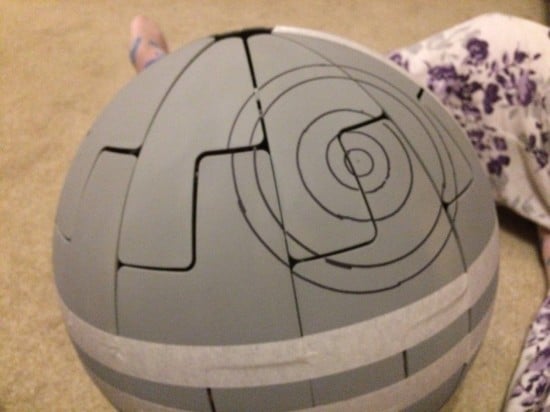 Then using a grey acrylic paint (darker than the spraypainted background) the parts between the rings were painted and the rings themselves were painted using black acrylic paint. I think the laser although not identical to the real thing is a good ‘cartoony’ alternative: 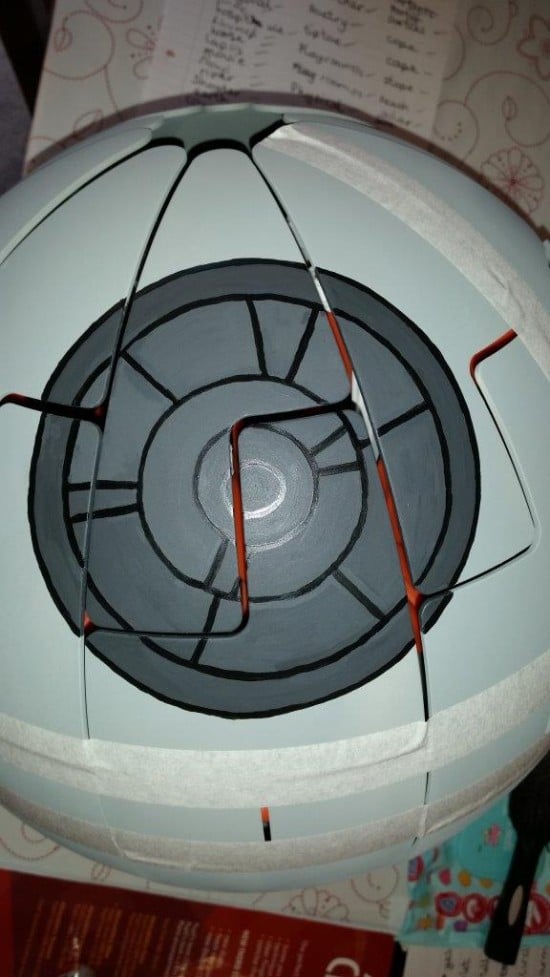 Once the laser was completed next was to go and mask off the rest of the fitting (ie what I wanted to remain the spray painted grey colour). I used bigger bits of masking tape for the vertical and circular (trench) of the death star and smaller randomly placed strips to create sections of the death star. 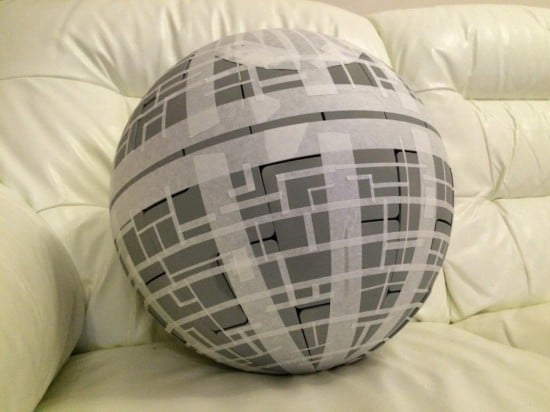 The trench (black centre line) was then painted at this point, left to dry and masked over. Then I took a toothbrush, dipped it in the already used black paint and ‘flicked’ the paint onto the light fitting. This gives the spotty look. Once the black was done I did the same with the grey and also added some luminous and glow in the dark paint using the same method. 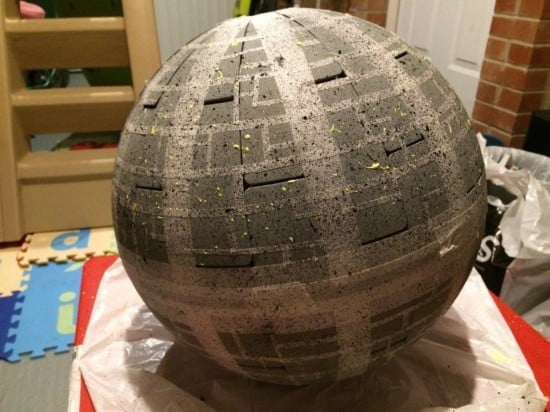 Some of the flicks were a little hard and hence a few unwanted big drips ended up on the light fitting but I don’t think it detracts too much from the finish.

Once dry all of the masking tape was removed. Here is the end result, pretty cool! 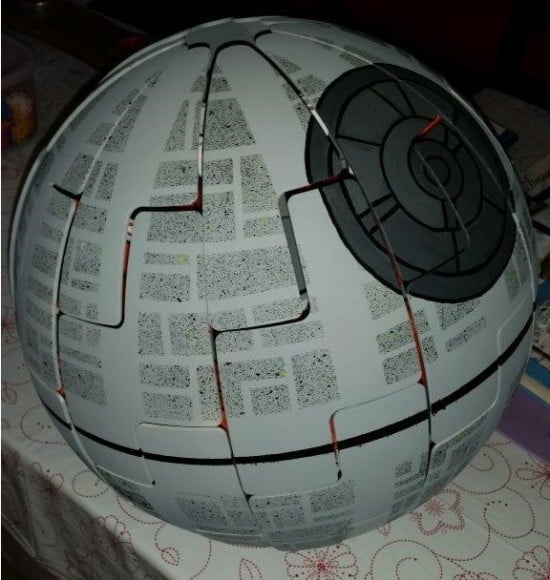 Although it looks good you can see the centre black trench line has run under the masking tpae and looks a bit thin. I decided to make it thicker (which would hide the run of paint also). 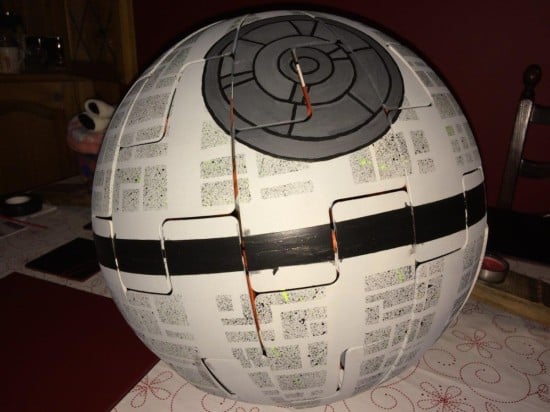 Again the paint ran a little here (getting under the edges as the tape was not flat all the way around the light fitting due to the flex and movement of the fitting. Therefore I decided to have one final go by taking off each tile and taping them separately, therefore making a clean line with the tape and at the edges also. It was decided to add a line of grey rather than extending the black out even further which would make the black trench line too thick. This is the end result after painting and removal of the masking tape. 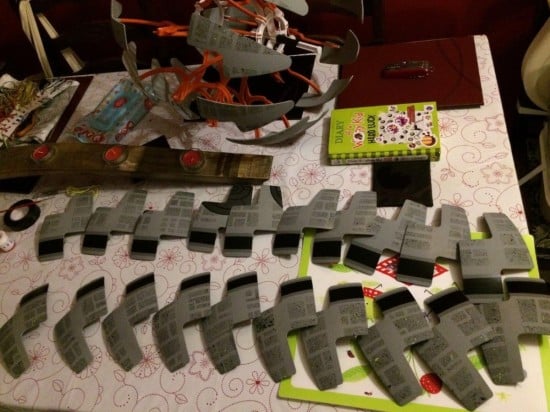 I was happy with this finish so I re-assembled the light fitting – note I did keep the tiles in an order; If I had not have done this then putting the fitting back together would have been a nightmare trying to work out the order! 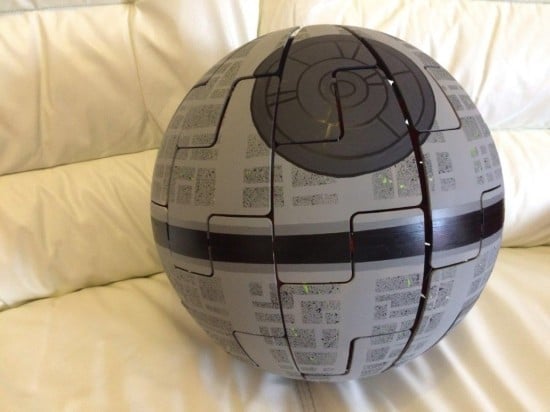 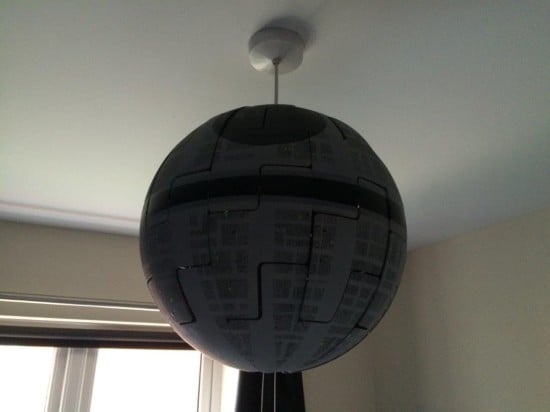 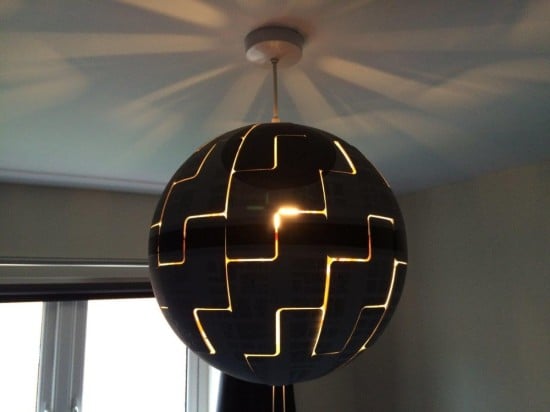 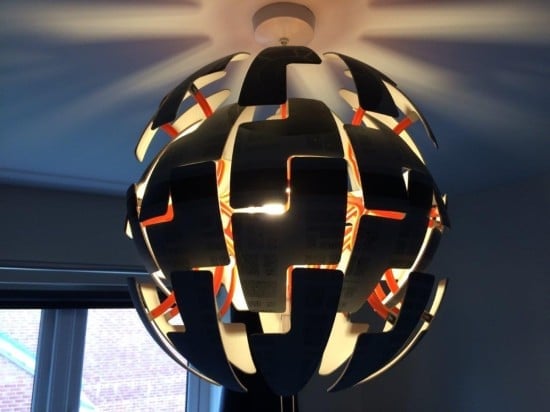 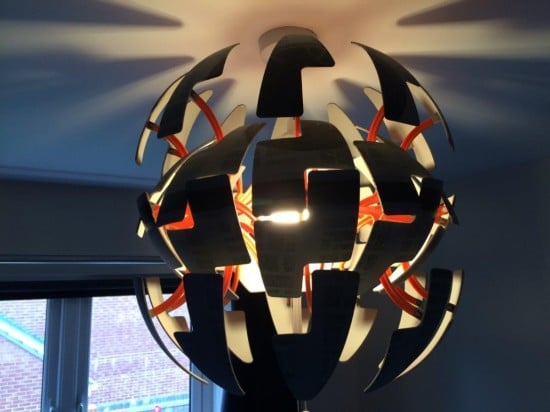 My son loves it, May the force be with you!

I got this as a birthday present from my friends and I think the guy who painted it, made a great job. ~ Pokura 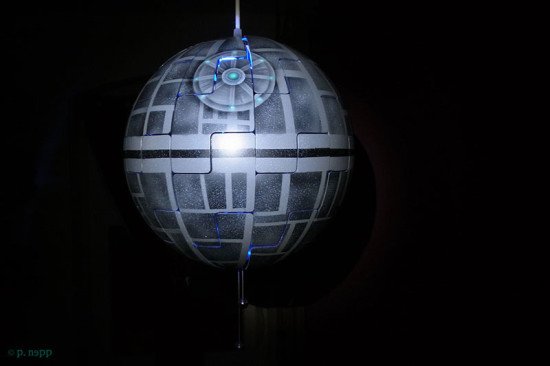