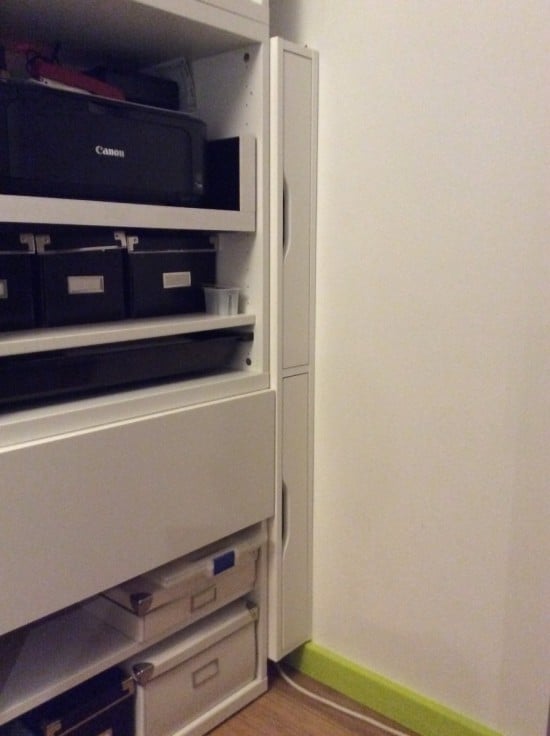 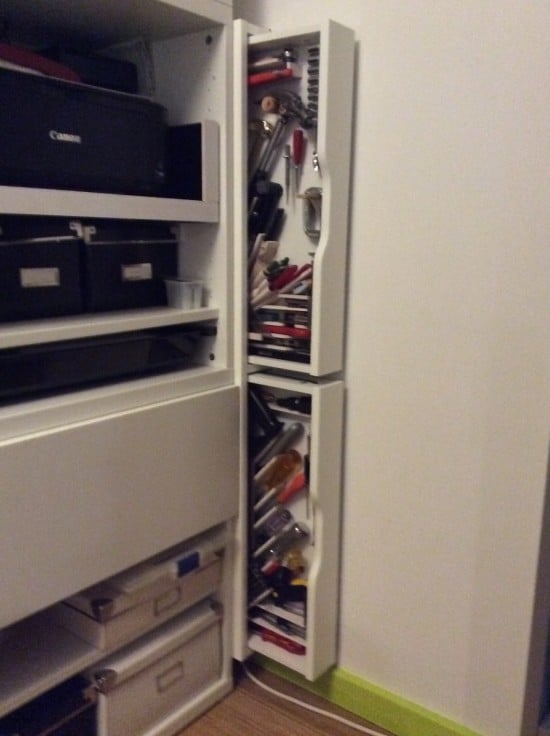 Like many with limited space in which to live and work, I need to come up with creative ideas for how to store things in a way that also provides easy access.

Two Besta floor-to-ceiling shelf units back to back hold printer and many boxes of materials and act as a partial room divider. The gap between the wall and the units (caused by the skirting board) irked me though, and suggested a possible use for that space.

Pulling out the Besta units a bit, meant that Ekby Alex drawer units could be mounted vertically. The drawer interiors are modified to hold hand tools.

Wood battens that are mostly 3.5cm x 0.5cm (and some 1.2cm x 0.5cm) have been cut to size, glued, drilled from behind and screwed through from the back of the drawer using 3/4 inch #4 screws.

Because the drawers are not fully extending, I had to come up with a way of arranging the tools so that everything could be accessed from the front half of the drawers. Some tools are short enough to lie horizontally: those that are longer have been given angled channels. Very small tools are accommodated in the front part of the drawer, being careful not to obstruct removal of any of the larger tools.

I was only able to work on this project occasionally, so it took some time, but I enjoyed trying to make the most of the space and finding ingenious ways of storing / accessing some of the tools. Also, I was keen not to buy anything for the fitting out, but to make use of the many fitments and materials I’ve hoarded over the years.

The triangular space for pliers was divided by making a set of pockets out of some very heavy satin I had that coincidentally matched closely the tone of the ‘limewashed’ battens. I think not many tool cabinets incorprate pale pink satin, but correct me if I am wrong! 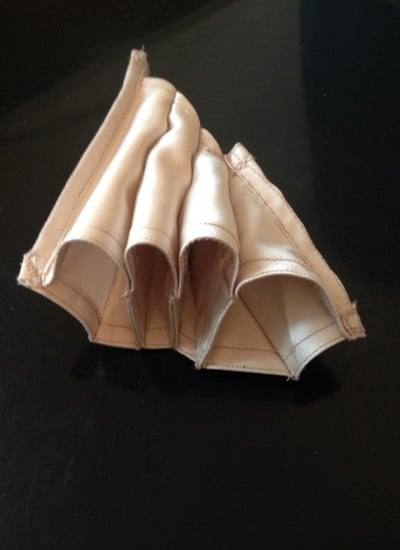 All cutting was done with handsaws: the only power tool I own is a drill.

Mirror plates were fixed to the back of the new top edge of the unit. It now rests on the skirting board at the bottom and is fixed with mirror plates at the top. Then the Besta shelf unit is pushed up against it. Some Ikea kitchen plinth material will fill in the gap at skirting board level. Also, when the doors have been fitted to the Besta unit, all will be flush. 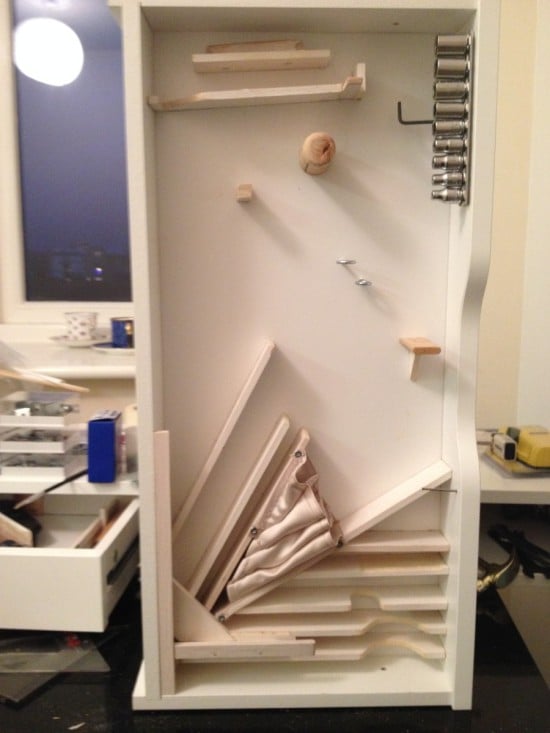 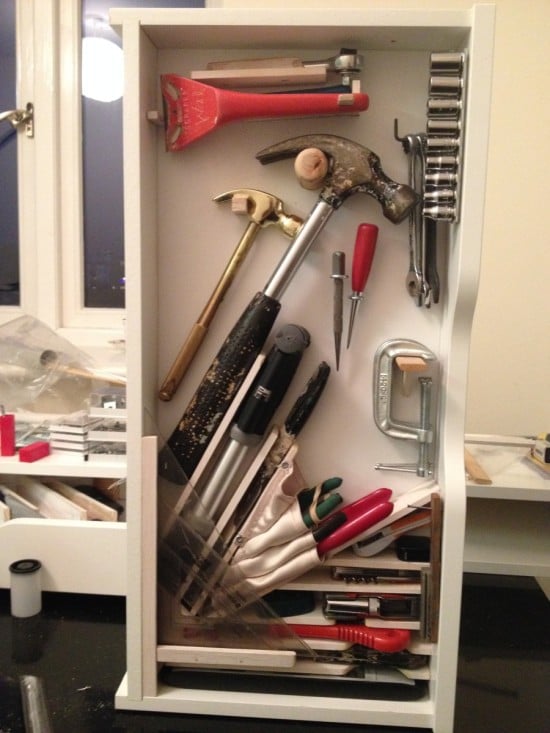 I have another Ekby Alex unit ready to slide in beside the other Besta Unit that backs up against this one. But have still to modify the interiors! Don’t have much spare time.

I might also cut an Ekby Alex unit in half to add one more drawer above each of these: there isn’t the height space for another full unit. Thinking of modifying to store stationery items. Have many more ideas for textile pocket solutions that would be quicker than these wood compartments (not that I don’t love them: I do!)

Anyone else doing this would need to customise to suit their collection of tools. It’s not quick, but my tools are now more accessible than they’ve ever been and that irksome space beside the wall now has a use without adding much in the way of extra ‘footprint’ to the room.

By the way, the printer is in a Besta fully extending drawer without a front, to which I added these same very useful battens, which keep the drawer bottom from sliding out and provide a handle for pulling the drawer out so that the scanner / copier plate can be used. But, that might be the subject of another post!