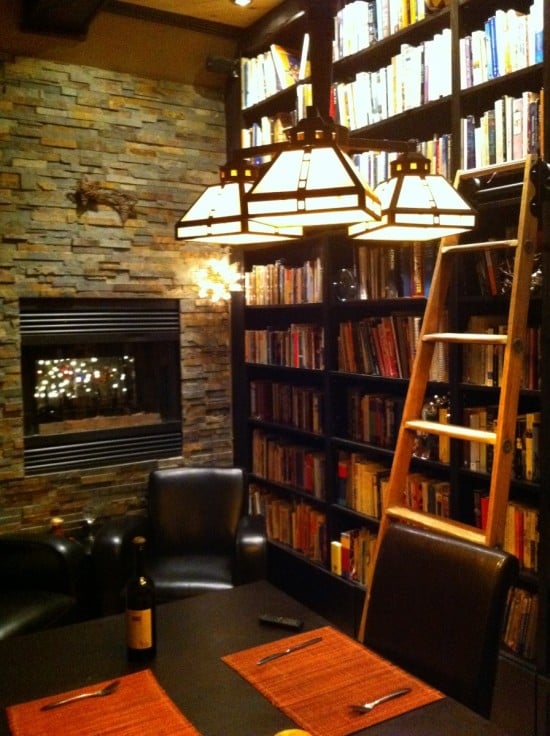 The original idea was to turn a high ceiling (9 ½ feet) room off the kitchen being used as a home office into a library/dining room, given my wife’s love for collecting but never discarding books. We also settled on the idea of a rolling ladder with floor to ceiling bookcases, but were subsequently floored by the estimate of custom bookcases and ladder ($10,000) for the space.

I decided to give the project a shot myself using IKEA Billy bookcases stacked on top of each other. The problem was that they did not fit the room horizontally or vertically without hacking. Using standard spruce 2×4’s and 2×2’s screwed into studs into wall as framing supports. Electrical and speaker wires were run along the studs at this stage to allow for overhead pot lighting and for speakers that were eventually installed at the top of the bookcase. 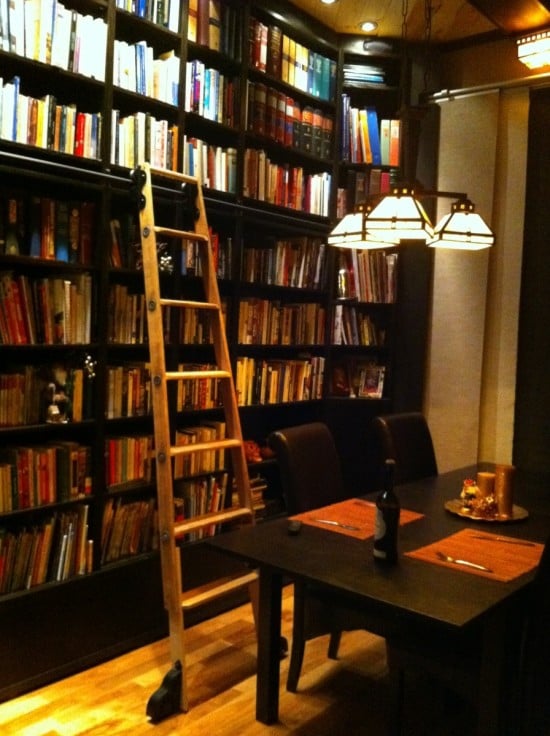 Getting clean cuts on the bookcases was tricky. I used a 10” table saw with a fresh carbide cabinet blade and masking tape on both sides of the panels where each cut was made. This worked well, although a light sanding and touch up paint job in a few spots was required. I suppose a circular saw could be used, but much easier to get clean and, most importantly, precise/straight cuts with a table saw.

Standard pine unfinished boards were stained a similar black/brown and used as trim along top and sides. The five matching IKEA cabinet doors were hung along the bottom cupboards horizontally (opening from the top towards the floor with inside magnet latches purchased at local hardware installed to hold doors shut) for closed storage.

The 12’ long/8’ high rolling library hardware was purchased as a kit (there are a couple of manufacturers in the states that can be googled) and shipped at a very reasonable cost, about $400 all in, although I opted not to purchase the company’s own ladder which is sold as a separate item ($200 – 400 depending upon size and type of wood). Instead, the ladder I used was bought used – a wooden painter’s ladder I got for $20, then stripped and sanded. This gives it a lot more character than using the new ladder. It was quite easy to install the upper rolling ladder rod onto the Billy bookcases. The remaining hardware (wheels on the bottom and top of the ladder) screwed easily into the 30 year old wooden ladder. 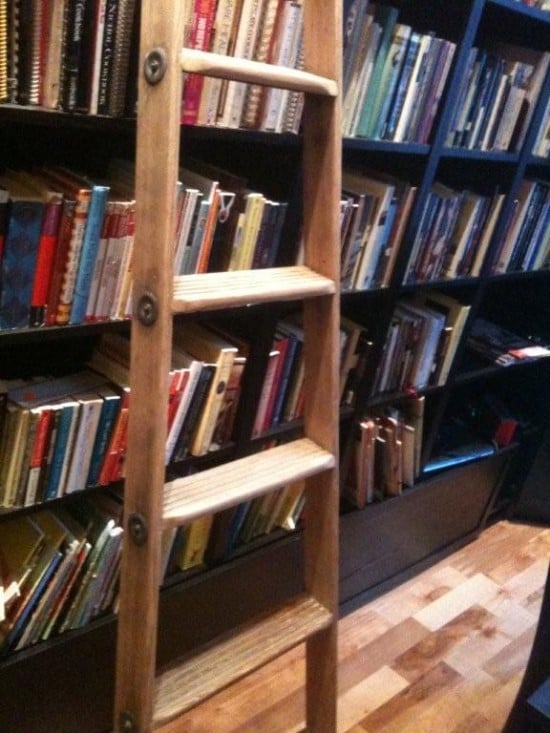 Two IKEA faves become a side table with drawers 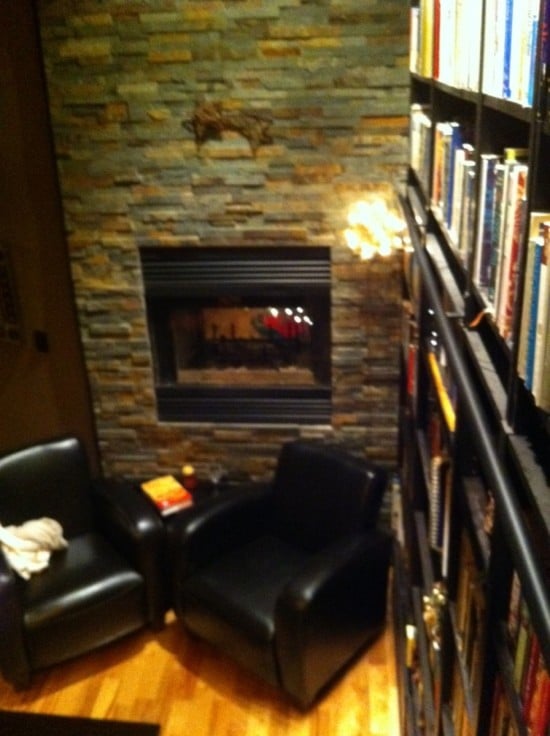 Total cost, about $1000. The room is a showstopper for everyone that visits the house, and people love to get up the ladder and find a book to borrow, much to my wife’s chagrin. Yet the books still keep rolling in, and a new library will soon be needed.