The closets in my condo had the basic mirrored sliding doors from Home Depot/ Lowes. I wanted something more contemporary. California closets was quoting 2500 and above. I kept searching all over, till I found the IKEA sliding doors, the PAX to be exact, very enticing. 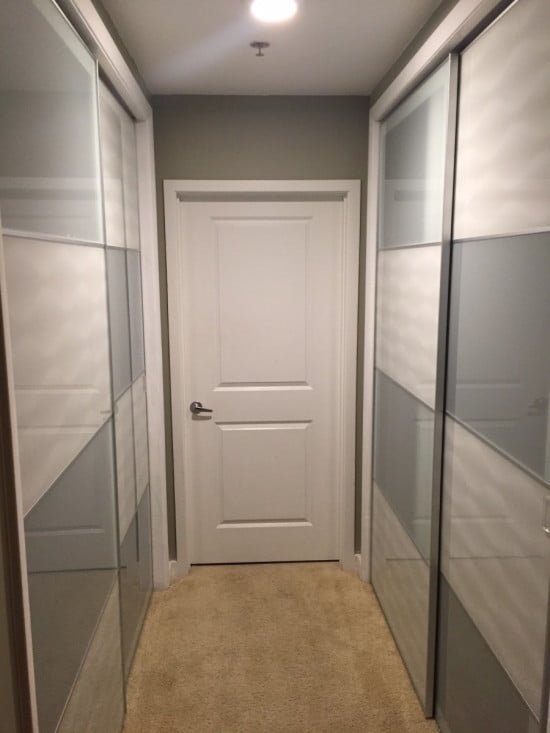 I decided to have the opening enlarged. And I used a carpenter to do the work, since I didn’t have the tools.

Since the condo had concrete ceilings, I didn’t have to worry about any load bearing structures. However the studs were metal and were a pain to cut through.

The contractor made a trip to the IKEA store to measure the size of the wardrobe. He then built a frame around the opening.

I have included a photo of how the frame looked in one of the corners from the inside. 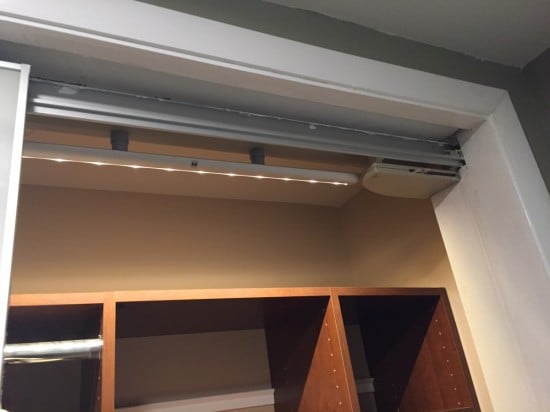 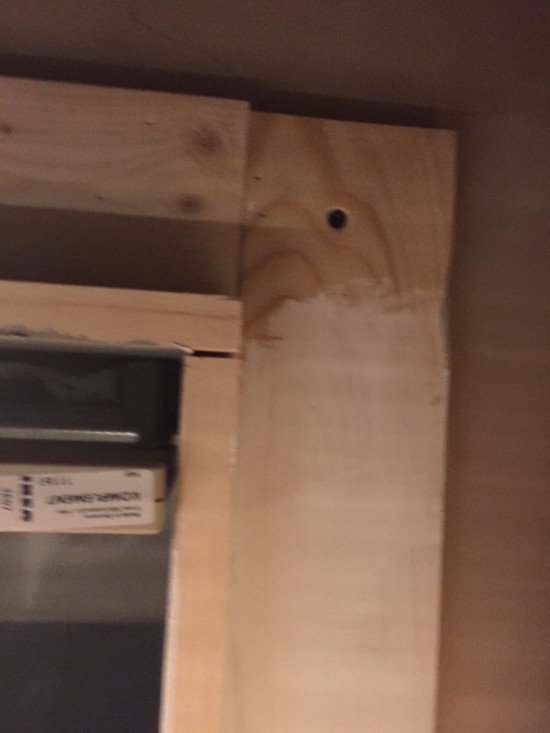 The frame for the bottom rail probably needs to be nailed down using L clamps to the floor.

Also, I kept stubbing my toes on it for a couple of days. The original idea was not to have the white frame around the doors, however the walls were not exactly straight and the doors didn’t close flush.

Also without the frame, the look was a little unappealing and different to the bathroom door.

I also had a carpet guy patch up strips of carpet because the old bottom rail was screwed directly to the floor. 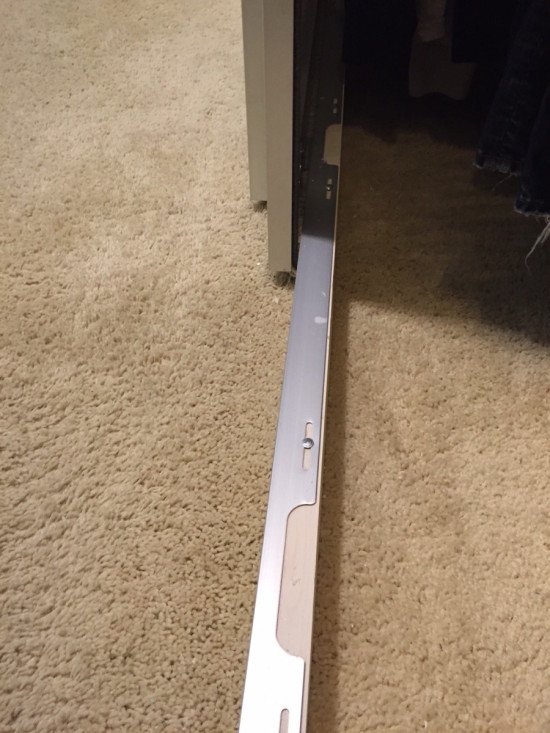 The inner doors were a pain to open since the door does not have any handles. I got a set of transparent stick-on handles from Home Depot, and they are barely visible, but makes opening the door a breeze.

I also added the dampeners and the Striberg lights which go on as soon as the door slides past the sensor and shut off immediately when the door is closed.

Doesn’t include running wires for the outlets. The contractor was working in between jobs, and definitely underestimated the work involved in cutting the studs.

It would have been a lot easier to mount the doors on the outside, however I feel it wouldn’t look as good.