After I came across those two hacks (1, 2), I decided that I had to build my own baby changing table for my daughter, who will be born soon.

Yes, I could buy an already built baby changing table, but all the ones I saw, including IKEA ones, lacked storage space.

I also didn’t want to buy a piece of furniture that would be used for one year or so. I built this changing table in a way that the MALM chest was left immaculate and, when I disassemble the changing table, I will have a “brand new” MALM chest to use.

And it was cheaper to make, too! Well, I had the luck to find at the “special offers department” the HYTTAN cabinet doors. They were discontinued at my country, so they were being sold for about a 10th of their original price. 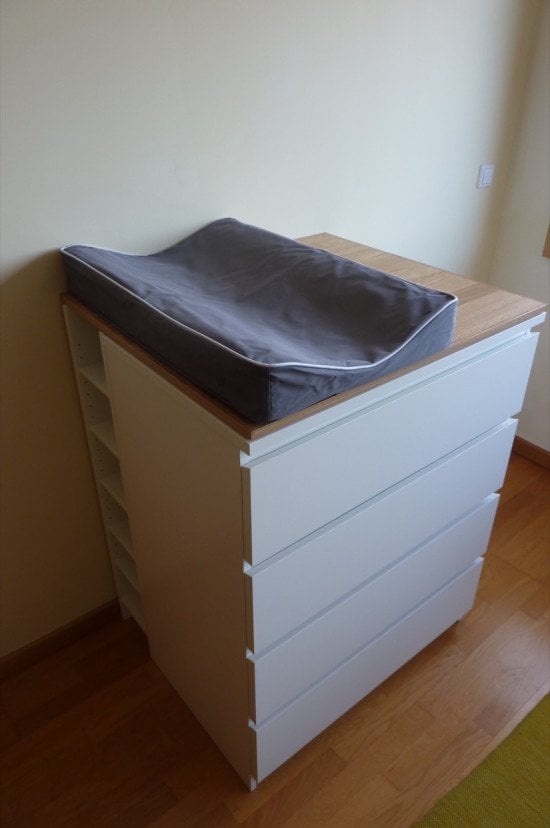 Here’s how I made it:

The baby changing table is basically built from a MALM chest, which extends to the back with a GNEDBY shelving unit cut in half.

Then, the HYTTAN panels are attached to the GNEDBY and placed on top of the MALM.

1. I started to build the MALM chest, according to the instructions.

2. Then, I marked on the sides of the GNEDBY shelving unit the exact height of the MALM chest. I placed paper tape on top of the markings in order to avoid chipping while cutting them with a saw.

3. I then built the GNEDBY shelving unit following the instructions, ending up with two pieces that had the same height as the MALM chest. 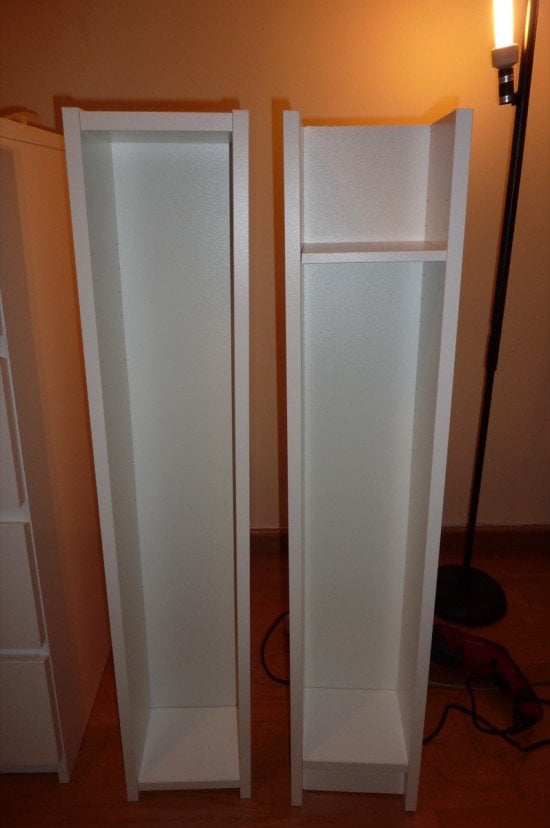 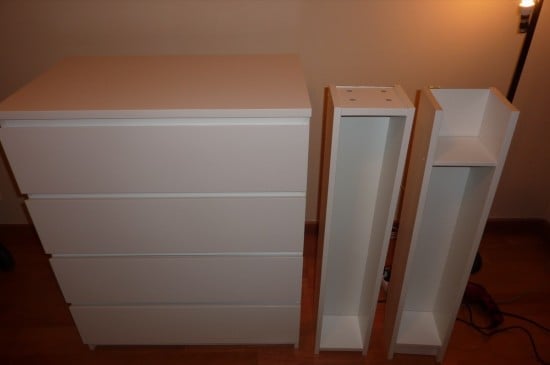 Attaching the GNEDBY to the MALM chest

4. I then attached the top part of the GNEDBY to the MALM chest using the L shaped brackets that originally come with the MALM to fix it to the wall. 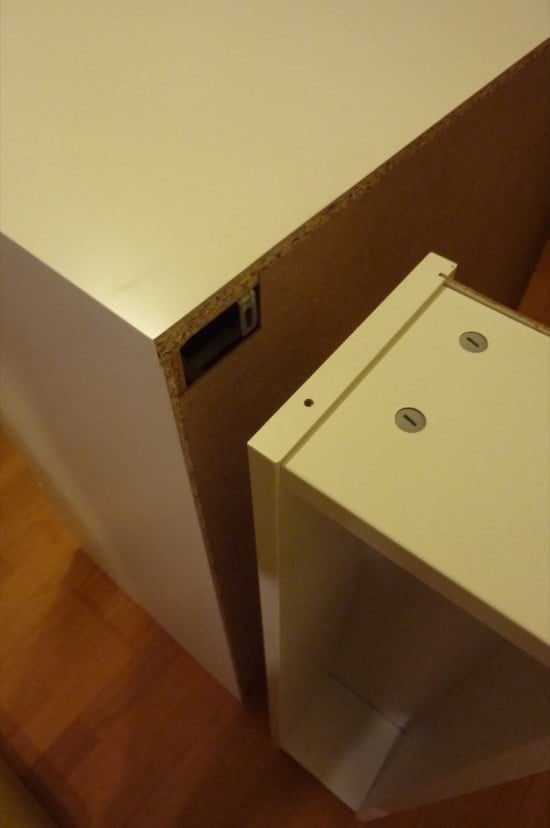 5.  I also fixed the bottom of the GNEDBY to the MALM with another L bracket, not damaging the walls of the MALM (picture shows the structure from the floor side)

6. The top of the changing table was made from 2 of the 3 HYTTAN pieces I had, with the original internal surface facing upwards. No sawing was needed as the two pieces are the same size as the structure previously built 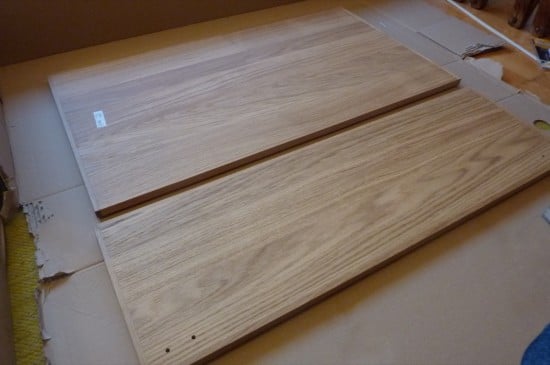 7. I joined the 2 pieces using glue and a plastic frieze glued and nailed in the ridge that forms when the two pieces are side by side. 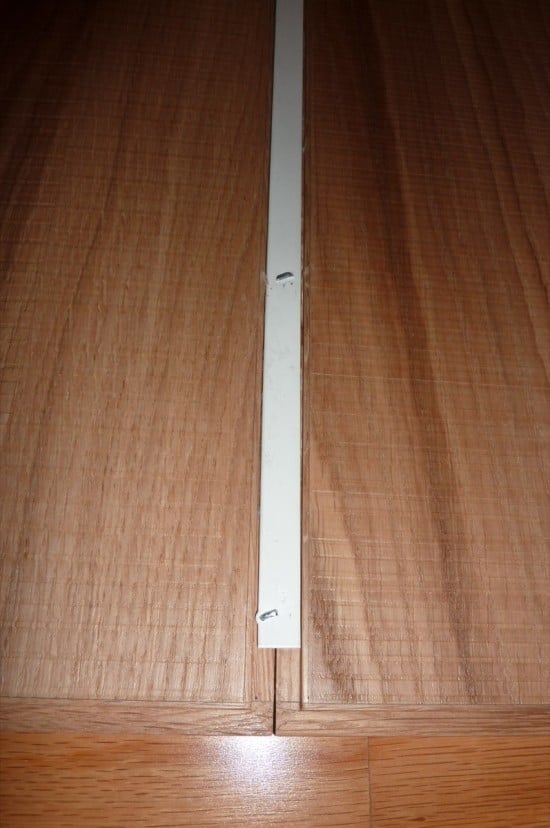 8. I protected the MALM top with a piece of STOPP underlay and placed the HYTTAN boards on top, fixing them to the unit with two other L shaped brackets (the one attached on the GNEDBY on picture H) 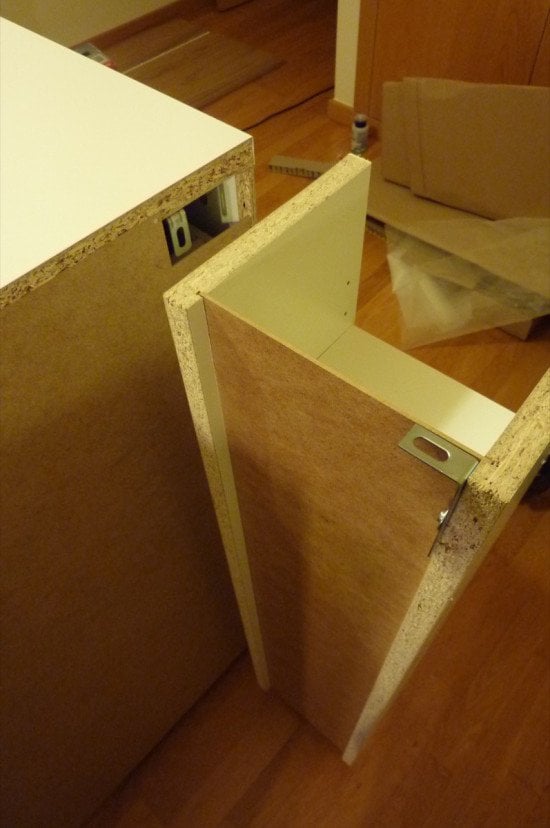 Pictures show the unit after all the pieces were joined together. 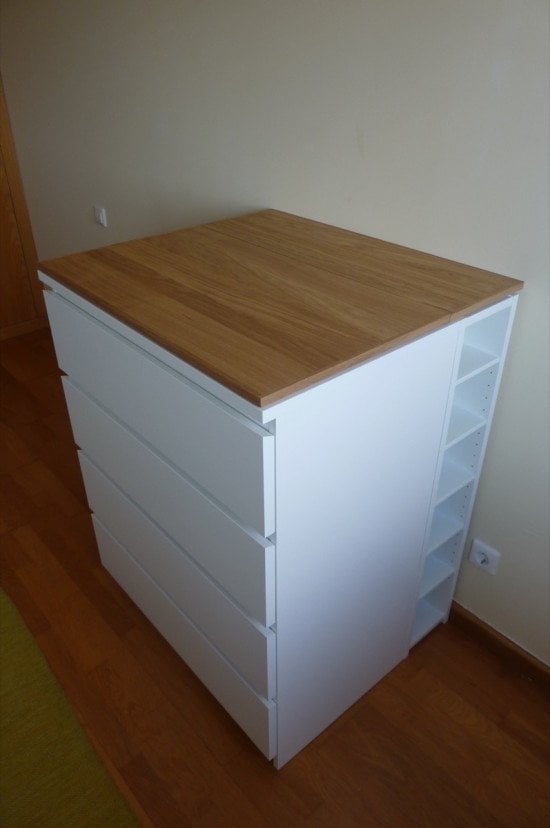 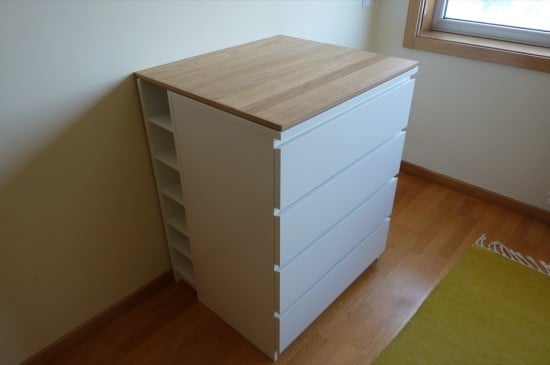 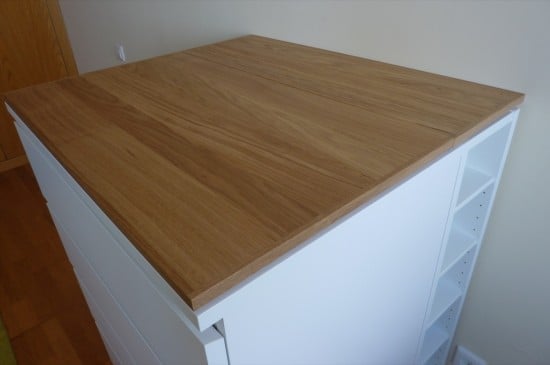 And here’s the final result of my IKEA hacked baby changing table. 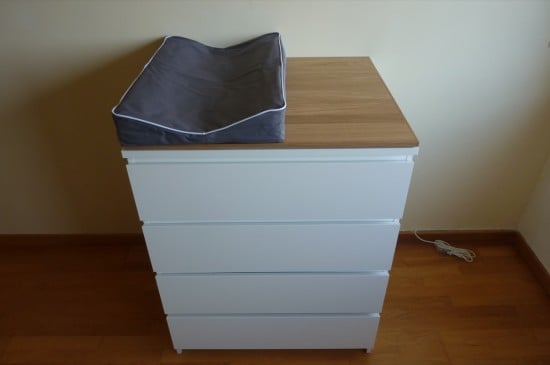 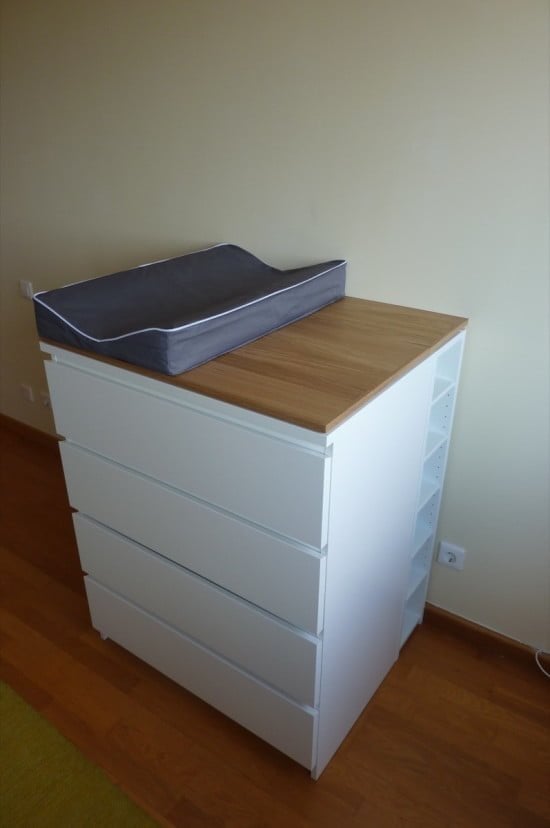 Hope you enjoyed this!