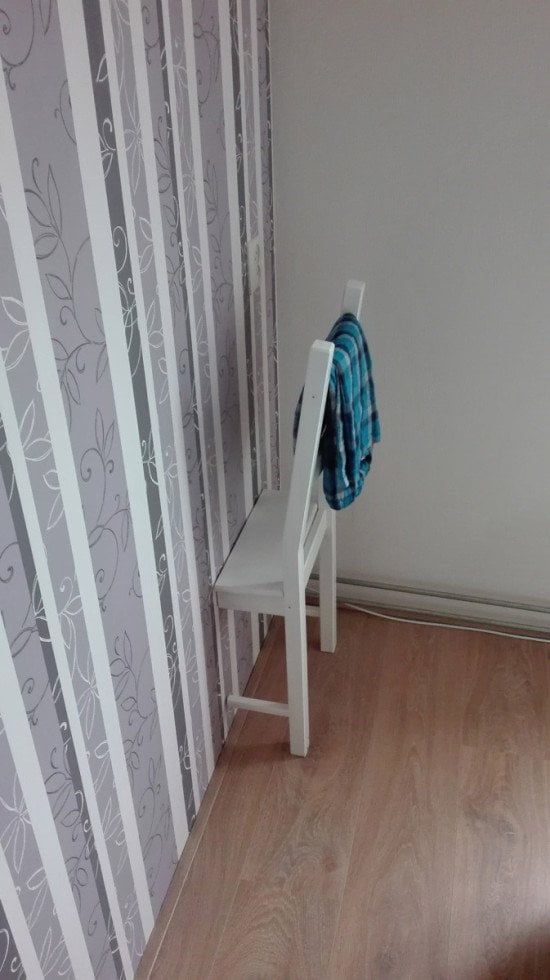 The following IKEA hack is useful in your bedroom(s) and makes your messy (small) bedroom space liveable again. No more clothes on the floor but tidy in a corner, hanging over a chair. Most people can’t fit a chair in the bedroom, so back in 2011 I solved this by cutting an IKEA chair in half.

Yes, I’ve waited 5 years to put it on IKEA hackers after I phoned Ikea on the idea.. (to-do lists for the win!)

Step 1
Buy yourself a cheap wooden STEFAN IKEA chair (19,95 euro)
But of course any other IKEA wooden chair would work.

Step 2
Take a saw and cut off half of the seating. Leaving +/- 15cm..
Also cut off the small beams on the bottom side at the same length. 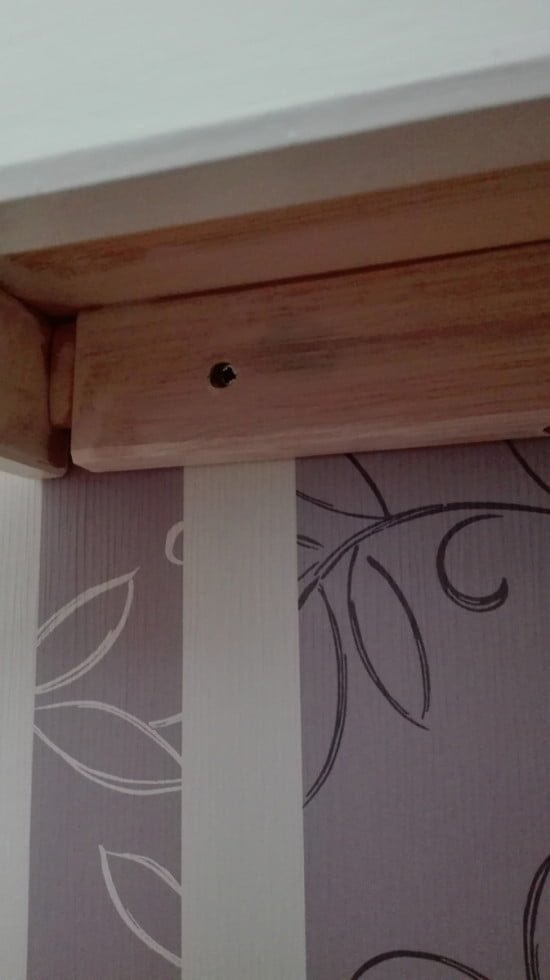 Step 3
From the sawn off piece, there is a horizontal beam just underneath the seating. The one, which you normally screw into. It’s the wooden beam I used to fasten the chair to the wall later on. Take that piece. 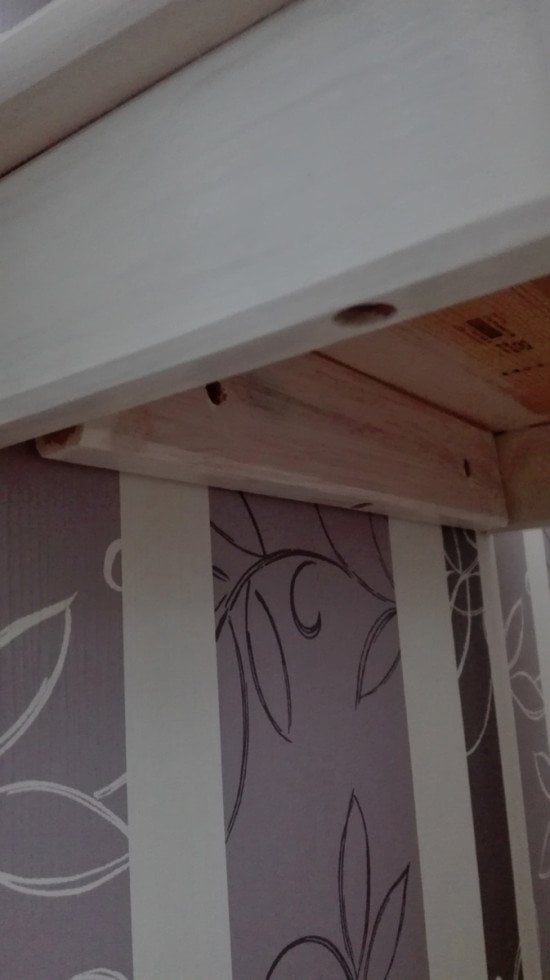 Step 5
With 2 nails on each side, attach the beam (which you just drilled holes in), underneath the (sawn-off) seating. 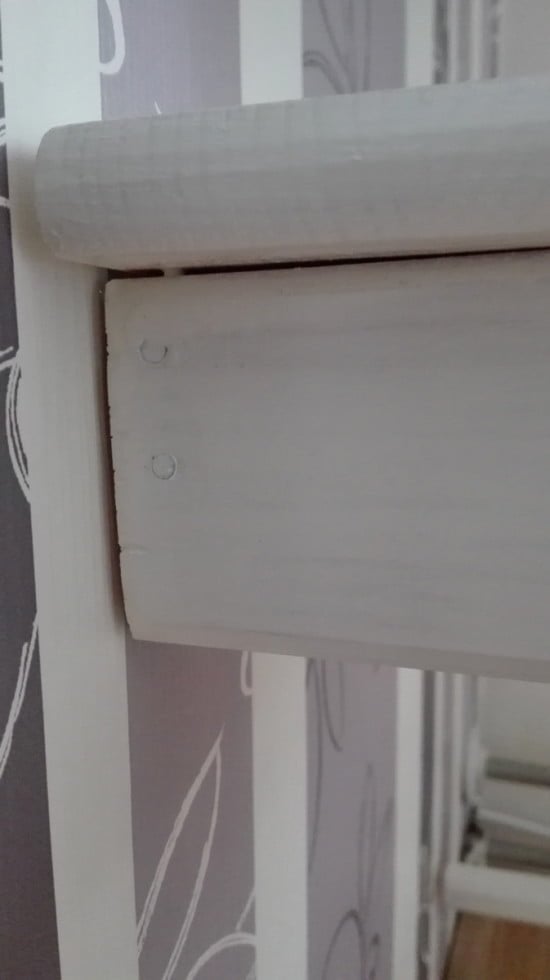 Now you’re ready to attach it to your wall however you want that. 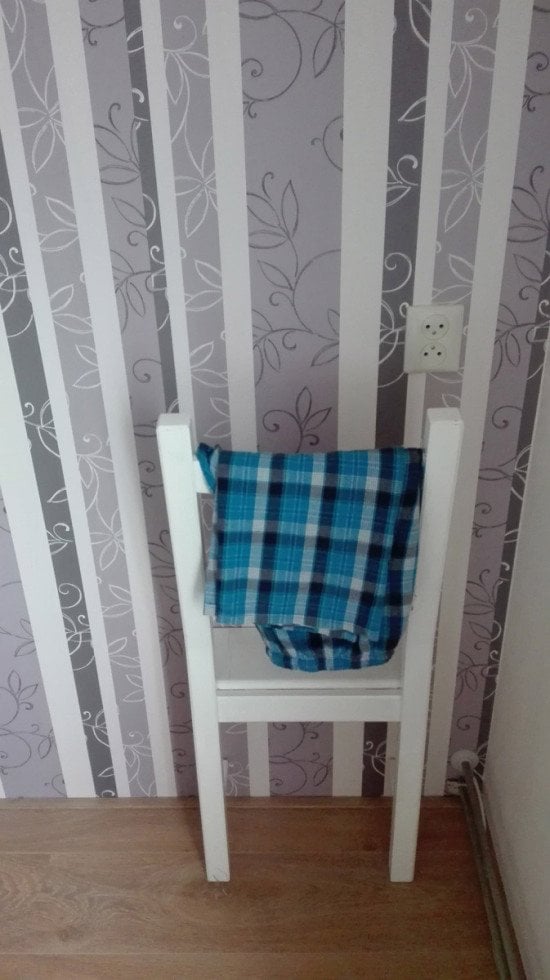 ~ by Eelco, The Netherlands