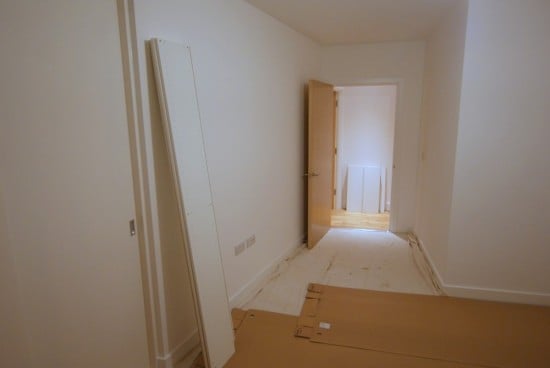 STAGE 0 : We needed bookcases in the spare room and chose Billy as the starting point. We also needed desks that could fold out from the shelves, so we could work in this mini-library but also save space when not in use. Fortunately the GERTON table top was 75cm wide and was chosen as a perfect fit into the 80cm BILLY bookcases (once you’d accounted for the width of the uprights). 1x GERTON was enough as I chopped it in half to create folding desks. The hinges on the GERTON desks were probably the hardest bit of the whole construction and took a lot of patience. 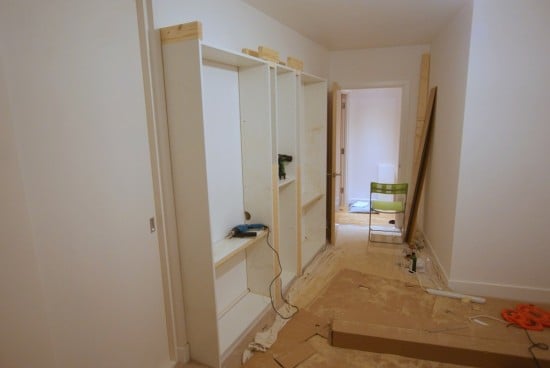 STAGE 1 : The need to get the right widths on the left hand wall was the first step and this was also important for the desk positions. I actually liked having to use spacers between the units as the shelves gained more of a built-in look. Notice that the fixed middle shelf on a BILLY is right where you want a monitor to go, so the middle shelf had to be installed lower down at desk height. This involved quite a few angle brackets to keep it secure. 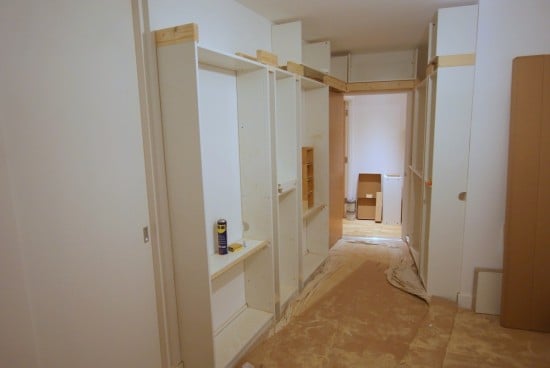 STAGE 2 : I repeated the exercise on the right hand wall, then turned my attention to the upper units. The top sections were boosted higher so that we didn’t end up with an un-usable gap near the ceiling. Because they were put on stilts, the top sections needed to be upside down, and so the hardboard from the BILLY units was then used for the very top (since it didn’t need to be load-bearing). If you can only count 3x 80cm BILLYs in the picture and wonder why I bought four, that is because the fourth one was hacked up and used above the door. 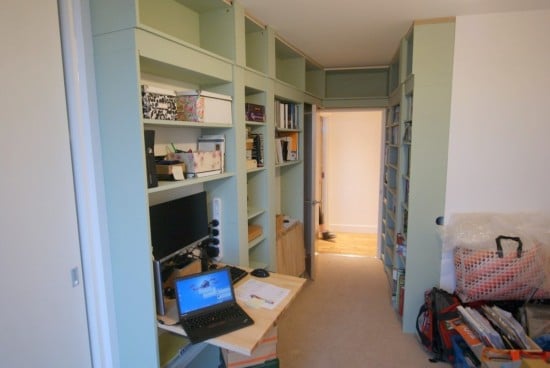 STAGE 3 : The whole thing was painted, electrics were added for the computers and lastly a load of clutter!