Turn a cheap wooden plate holder to an iPad stand 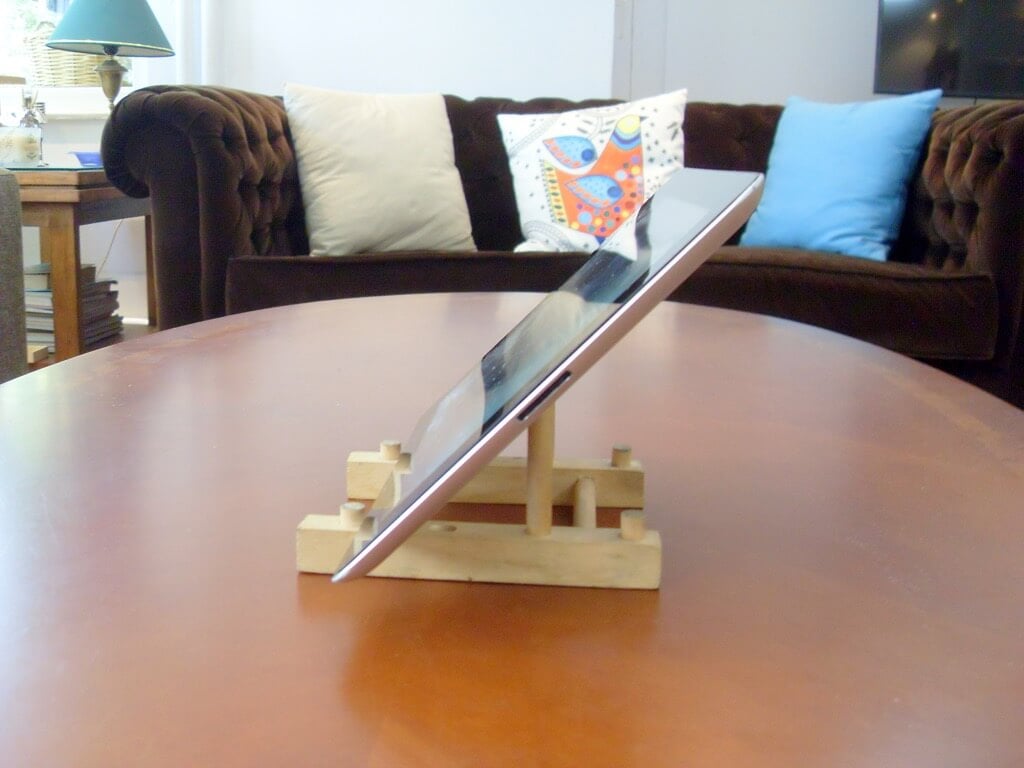 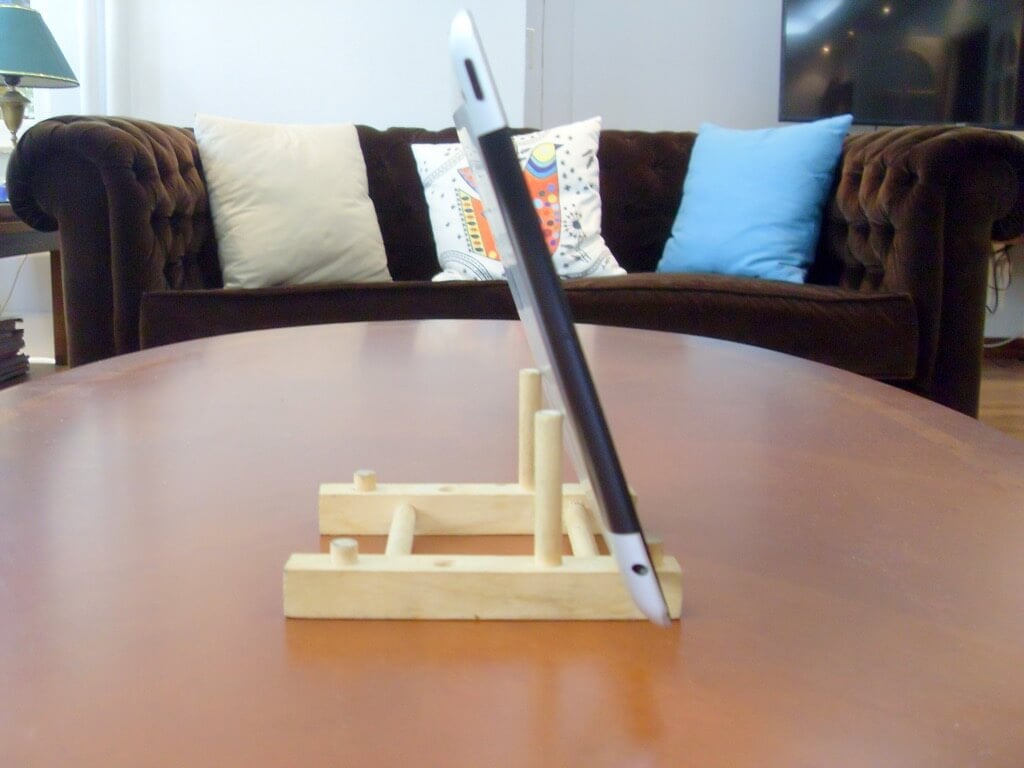 I wanted to get an iPad stand but the ones in the market are ridiculously expensive. So I came up with this idea. I bought an IKEA OSTBIT plate holder, which is considerably cheaper than any wood iPad stand I found around, and modified it. It has a simple, natural and clean look.

The tools I used:

Here’s how I made the IKEA OSTBIT iPad stand:

2) Remove the vertical dish-holding sticks (there are a total of 14). 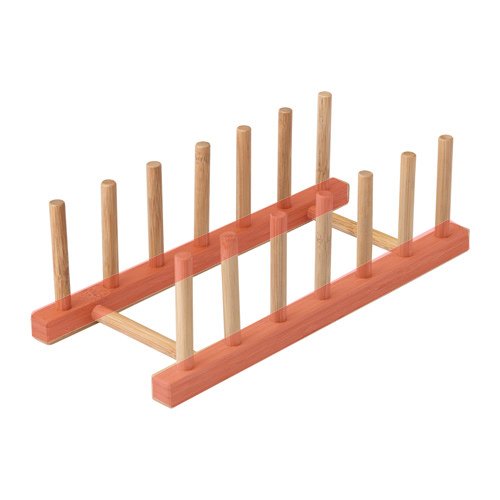 3) Shorten the 2 long base “rails” with a saw, even the saw on your Swiss army knife will do. The resulting rails should have 4 holes, if you want your iPad to stand taller or 5 holes, if you would like the iPad to lean back a bit more. See the final photos and you’ll get my point. I made both, you can compare and see which one works for you. 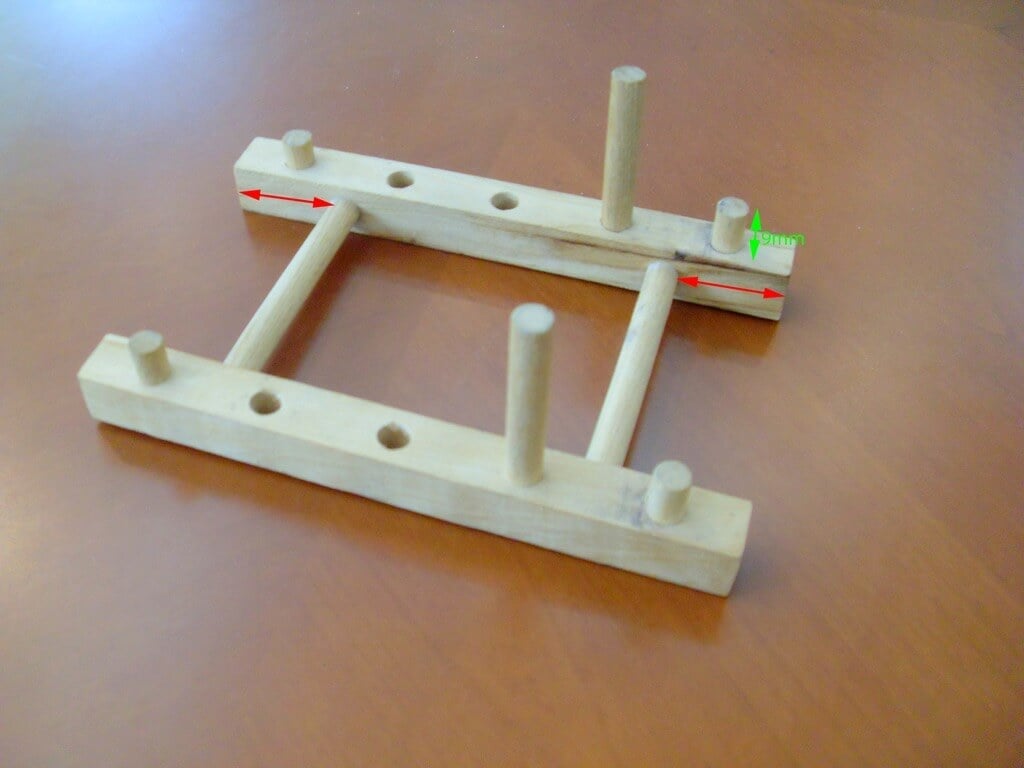 4) Discard (or maybe keep for another project?) the short rail pieces, we’re not going to use them. Using the drill, drill one hole on the inner side of each rail. The distance between the hole and the end of the rail should be the same on both sides. 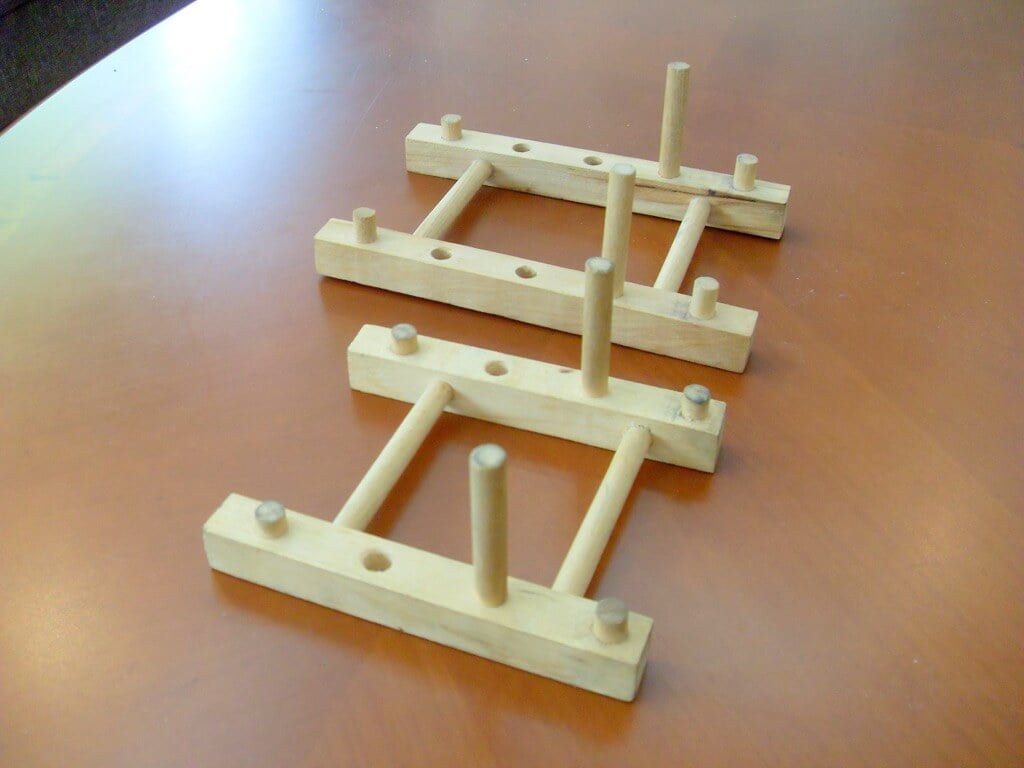 5) Insert one of the vertical sticks you removed on step 3 into this hole and glue. Now you have two rails – with holes on top – connected to one another with two sticks.

6) Take another one of the vertical sticks you removed on step 3 and cut it in four pieces. You may also use 2 sticks here, depending on your choice of length (read on). The main idea is having 4 sticks that are as short as possible but long enough to prevent the iPad from sliding away. If these are too tall, they may block the screen. On my set-up they protrude 9mm from the base rails. Insert these into the holes at the four corners and glue.

7) Take two of the vertical sticks and glue them into the holes right next to the short sticks. Take a look at the photo, sometimes it is easier to show than to tell 🙂 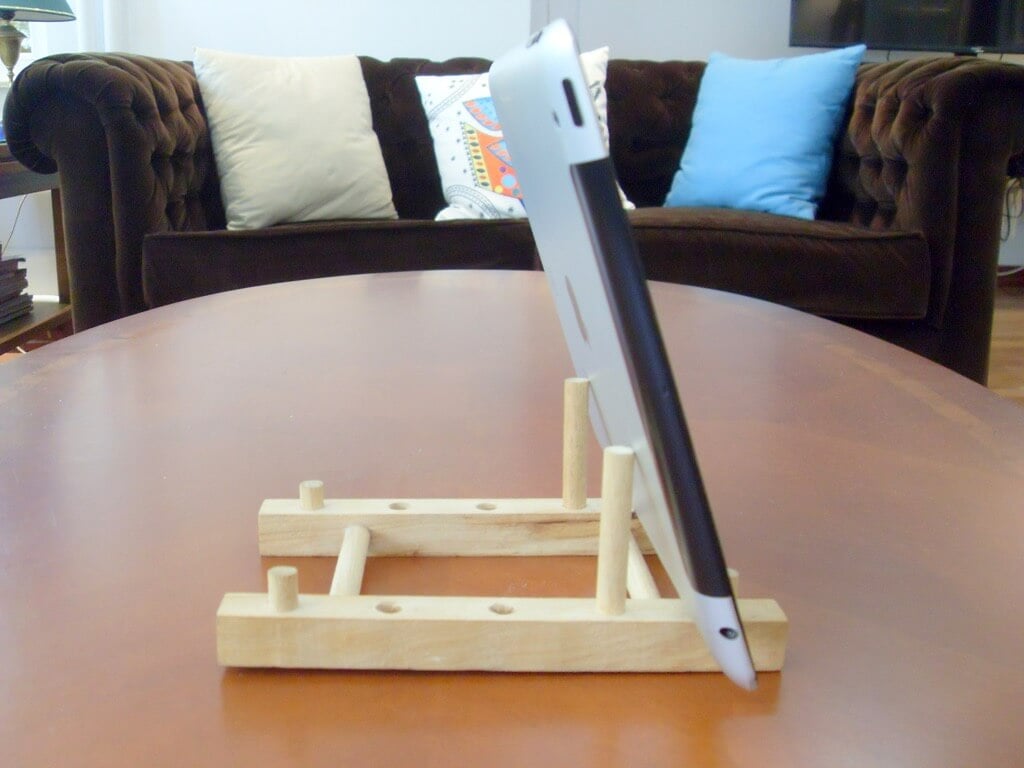 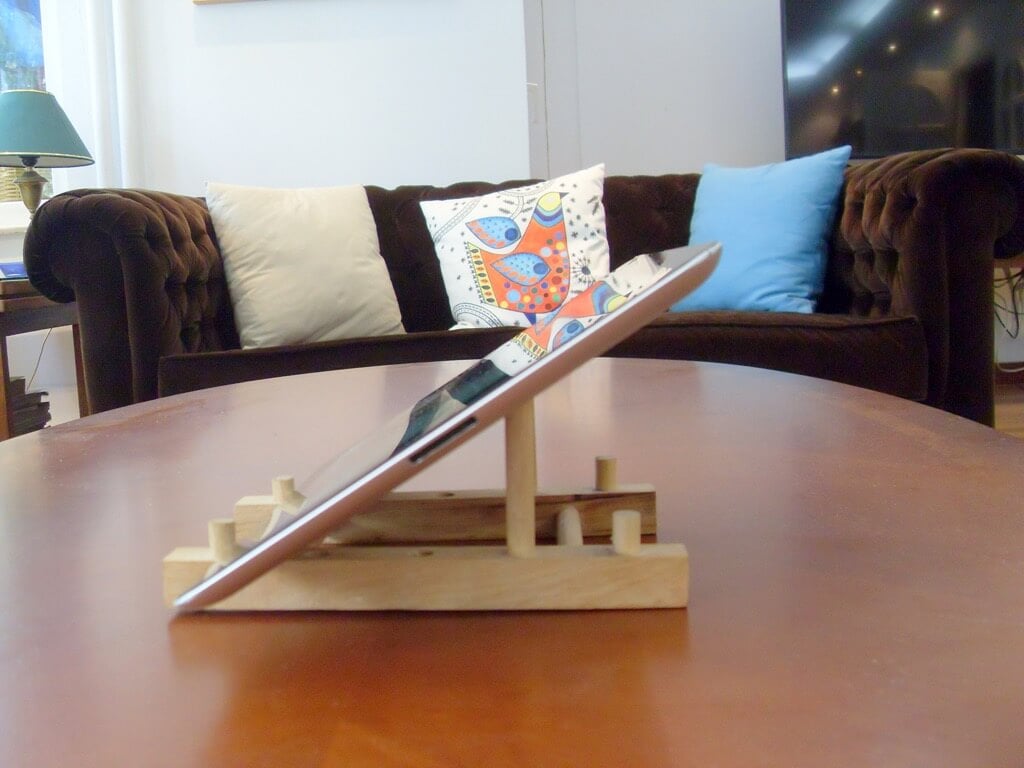 8) Okay, the iPad stand is done 🙂 You can use two sides of this arrangement: If you want your screen to be as vertical and tall as possible, place the iPad between the sticks where there are no holes. If you, on the other hand, want the screen to lean back more place your iPad on the other side (as shown on the photo). Feel free to sand off the edges and corners for a more polished look.