Hack your own Game of Thrones cape

If you’re fan of GOT, I’m sure you know by now that the shaggy Game of Thrones cape worn by the men and women of Westeros are fashioned from IKEA rugs. It seems, even the runaway hit show has a budget to keep (reportedly an eye popping 10 million per episode) and they do try to save where they can. Naturally, IKEA fits the bill.

IKEA, in response to the news, (after jumping for joy for a bit I’m sure) quickly went to work and came up with a set of hack instructions for a Game of Thrones cape. Named Vinter, of course. All you need is the woolly RENS or super soft TEJN rugs and a pair of sharp scissors. 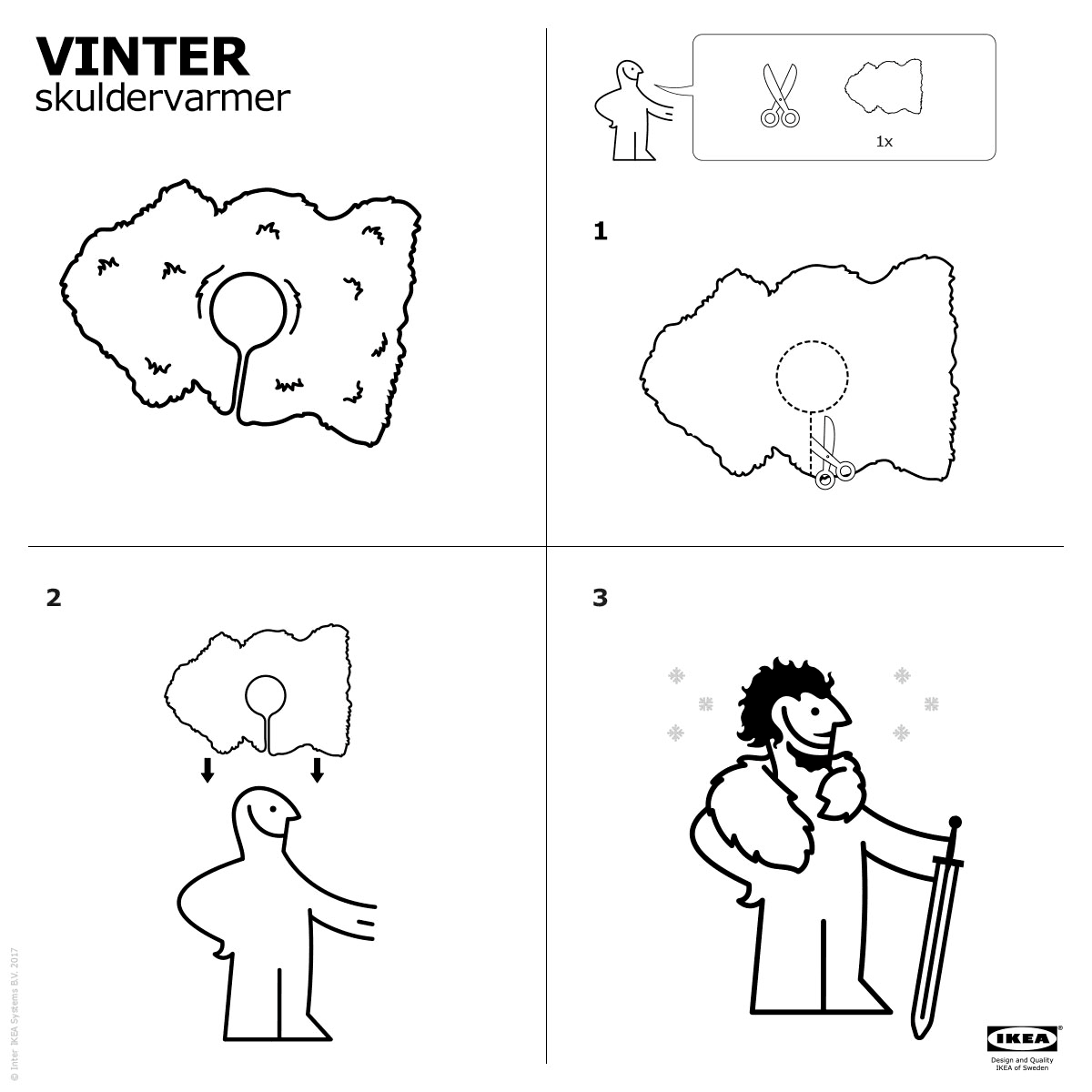 Three easy steps later … et voilà, you can strut around looking like this. 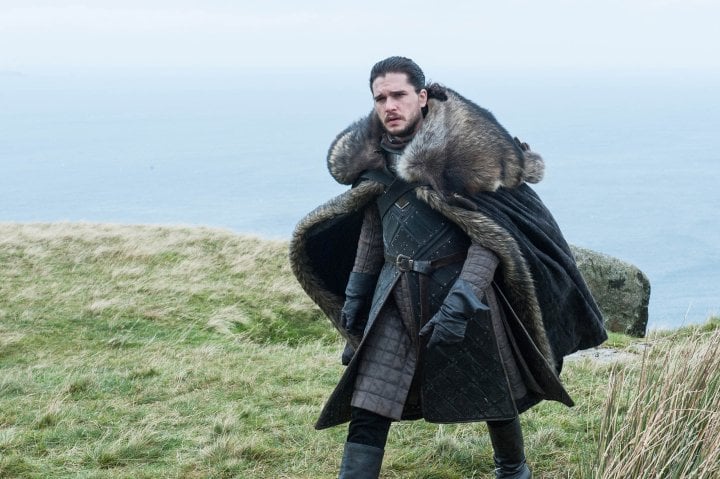 Of course the folks at GOT do much more than cut a hole the size of Jon Snow’s neck. GOT costume designer Michele Clapton said during a speaking engagement about Medieval dress at Los Angeles’s Getty Museum in 2016, they “cut and we shaved them and added strong leather straps, and then breakdown, which is like a religion on Game of Thrones.”

(See her explaining in detail, around 27:30 in the video below)

Winter is here and the season finale is neigh. So you better get on with it and hack yourself a Game of Thrones cape. Overnight stubble and sword not included.

Truly, with a bit of ingenuity you can hack IKEA for A N Y T H I N G.

In another tribute to the hit series, IKEA created a porcelain throne inspired by the one and only Iron Throne.

The photo was taken by Reddit user Pirate Redbeard, some 2 years ago at the IKEA bathroom accessories aisle. Must be the work of a brilliant IKEA merchandiser who is also a hardcore GOT fan.

Can’t argue with that.