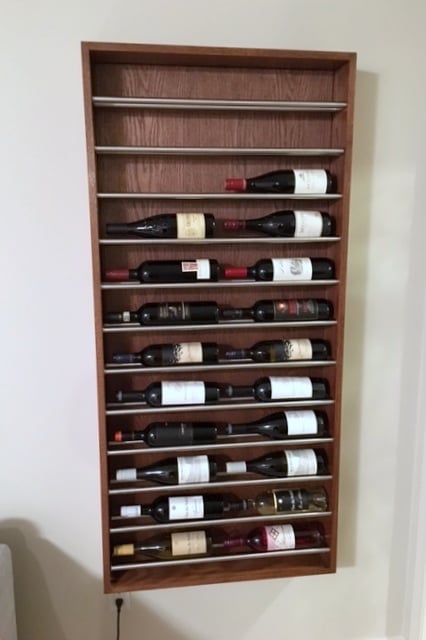 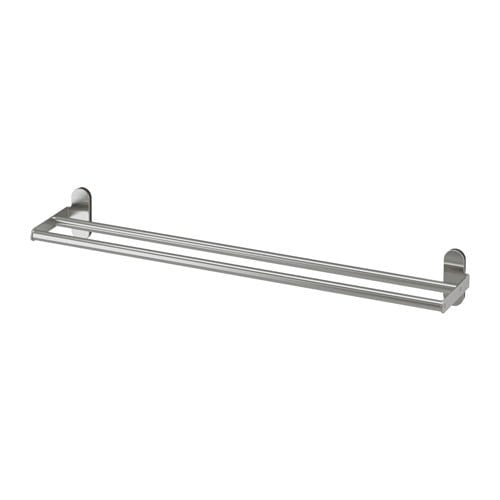 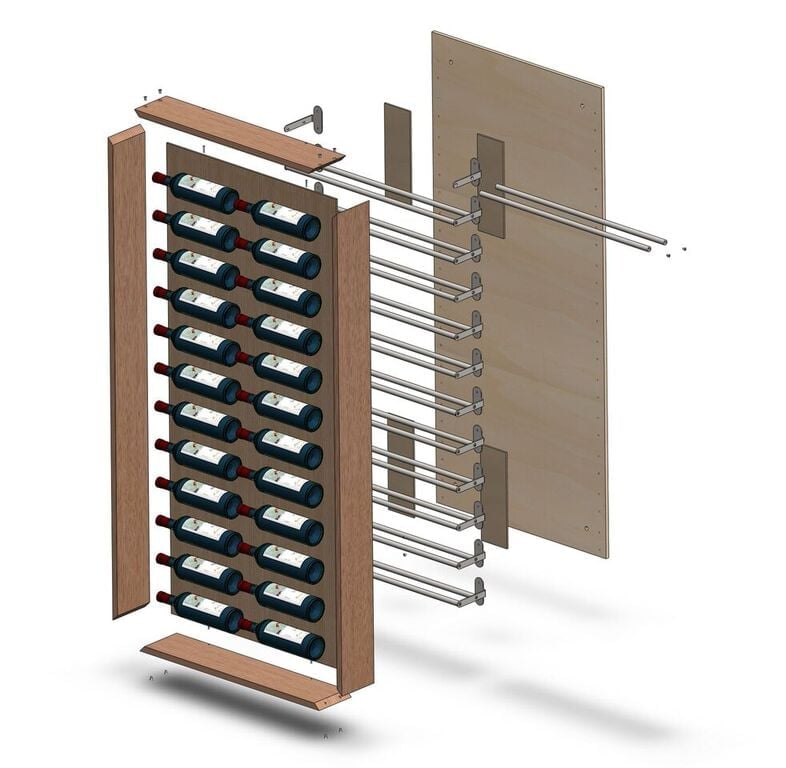 The brackets (side pieces) for the towel rails come with a plastic cover and welded on metal mounting tabs. I first had to remove the plastic cover and metal tabs by prying them off with a flat head screwdriver and pliers.

Once the metal tabs were removed, I drilled two holes into the bracket to serve as new mounting holes (this was difficult as the brackets are made out of stainless steel – I had to get a special tungsten carbide tipped drill bit to do this).

With the towel rails modified, I mounted them onto a ½” plywood board (as per assembly diagram). 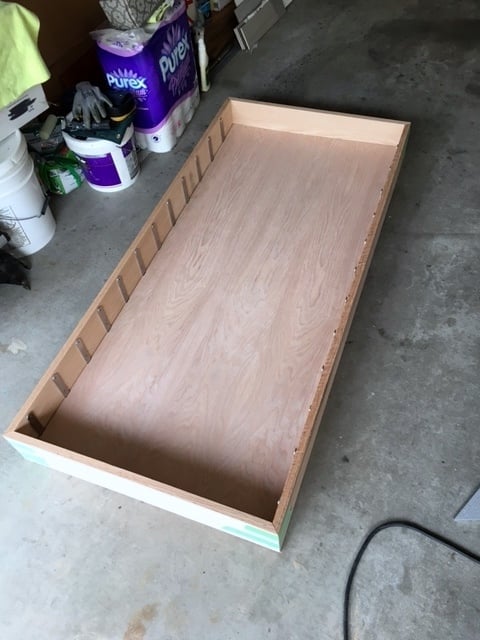 To finish off the look, I encased the assembly using red oak dimensional lumber. I also used a sheet of red oak furniture grade plywood as backing to cover the 1/2″ plywood (this also hides the towel rack mounting points). Finally the piece was stained and varnished. 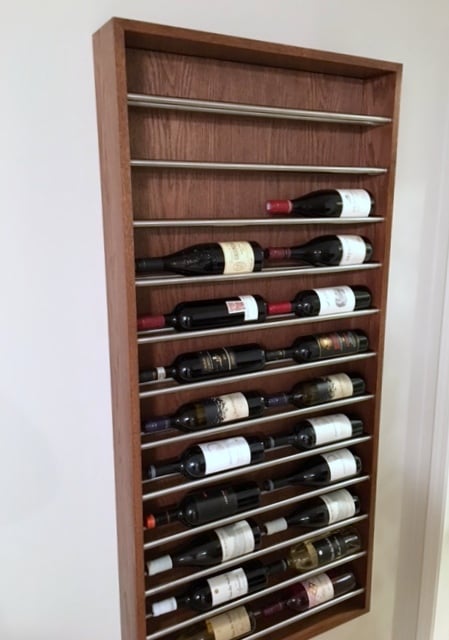 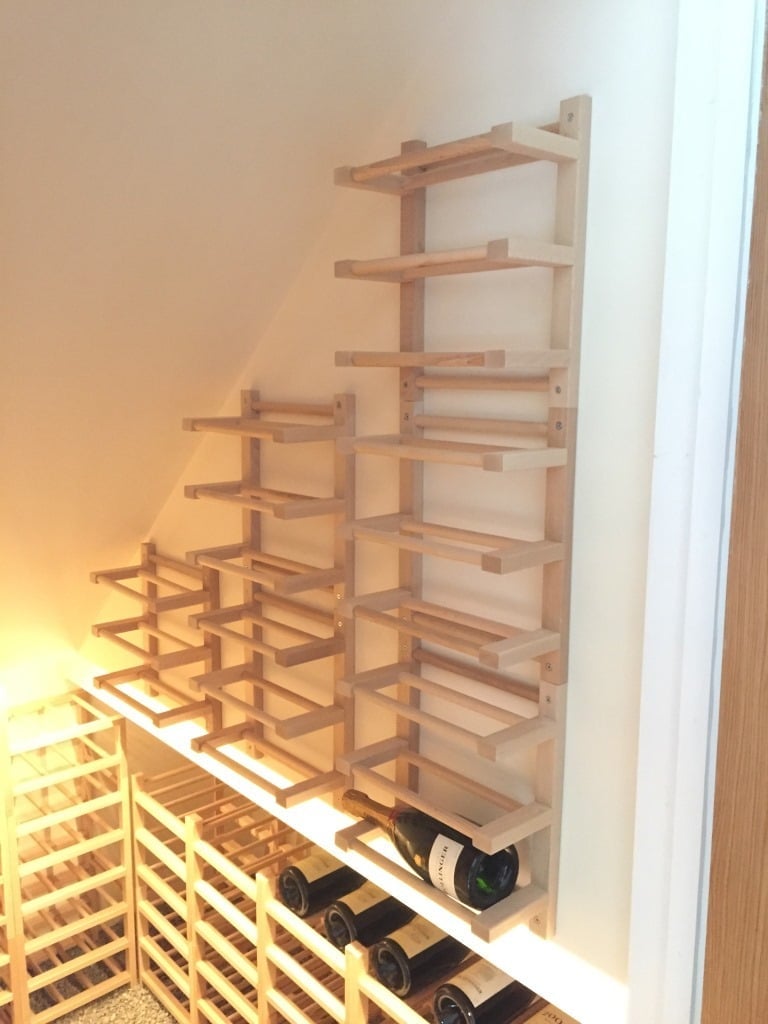 The IKEA HUTTEN 9-bottle wine rack reconfigured into a wall mounted side-on wine rack. Yes, you lose some storage, as in you’ll only get to store 6 instead of 9 bottles in one HUTTEN. But if you want a slim rack, this is the way to go. See full tutorial here. 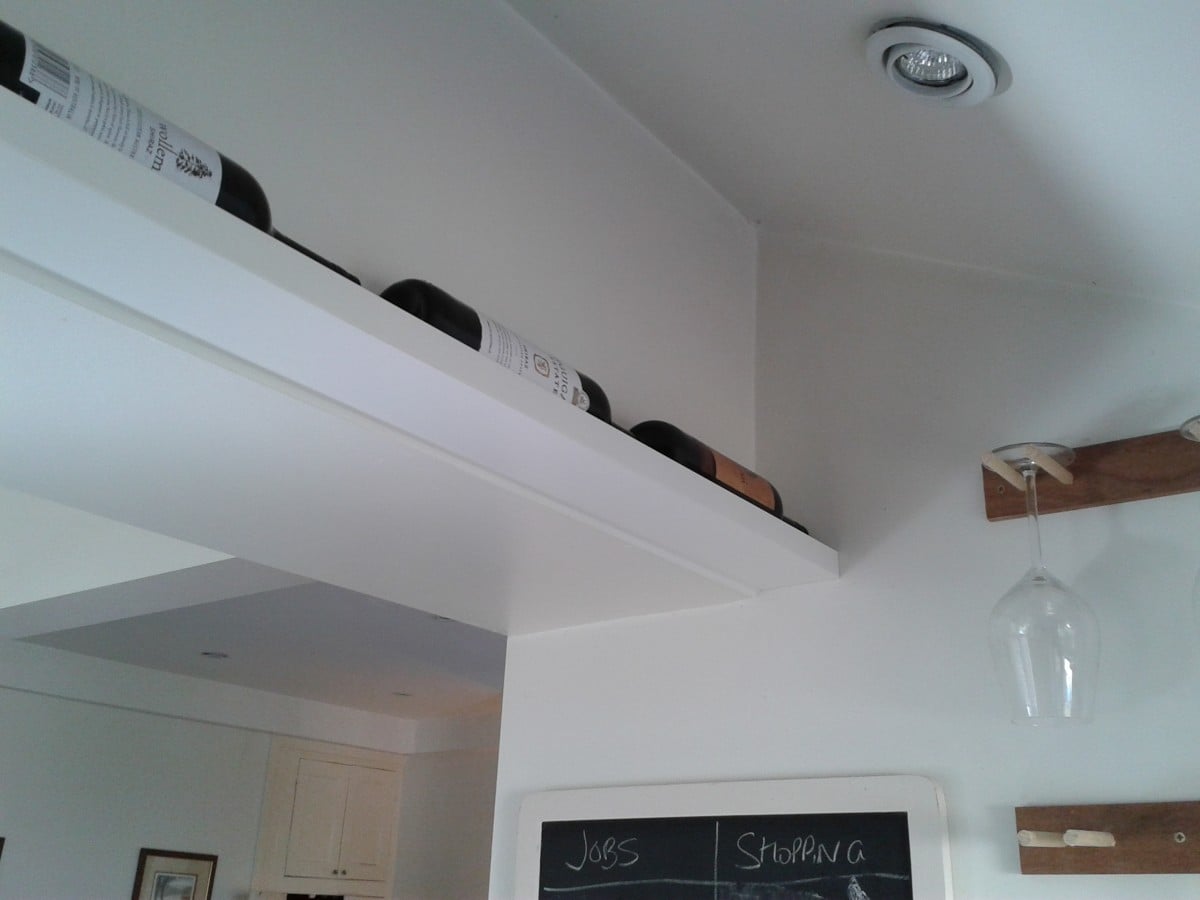 No space but still want to sneak in a wine rack? Look no further than a picture ledge, like the RIBBA (discontinued) or MOSSLANDA. Attach the picture ledge aligned to the edge of an alcove and voilà, you get a rack that’s almost invisible. See more here. 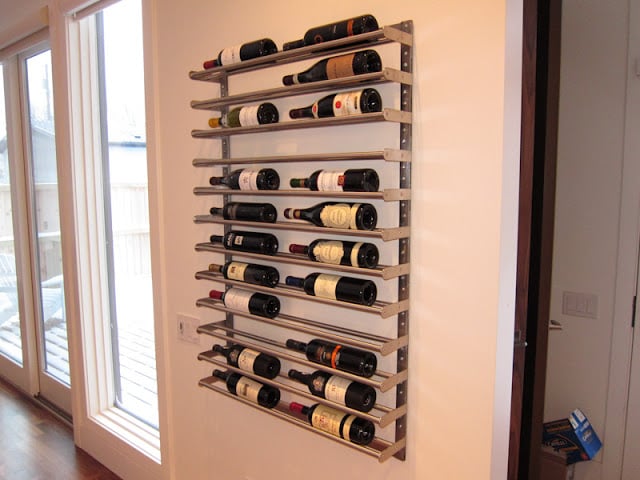 You like Marko’s hack but you’re not sure you’re capable of all that hacking? Try this minimalist version for size. This uses the GRUNDTAL towel rail instead of the BROGRUND. See the details here.