Hackers Help: Can I exchange a Hemnes footboard for a Malm?

I have a Hemnes bed, the old model which had a footboard as you can see in the photo. However my feet are always hitting the bottom because the HEMNES footboard is too high.

I don’t want to buy a new mattress but was thinking of replacing the footboard with the one from MALM, which is lower, so my feet would not hit up on it. 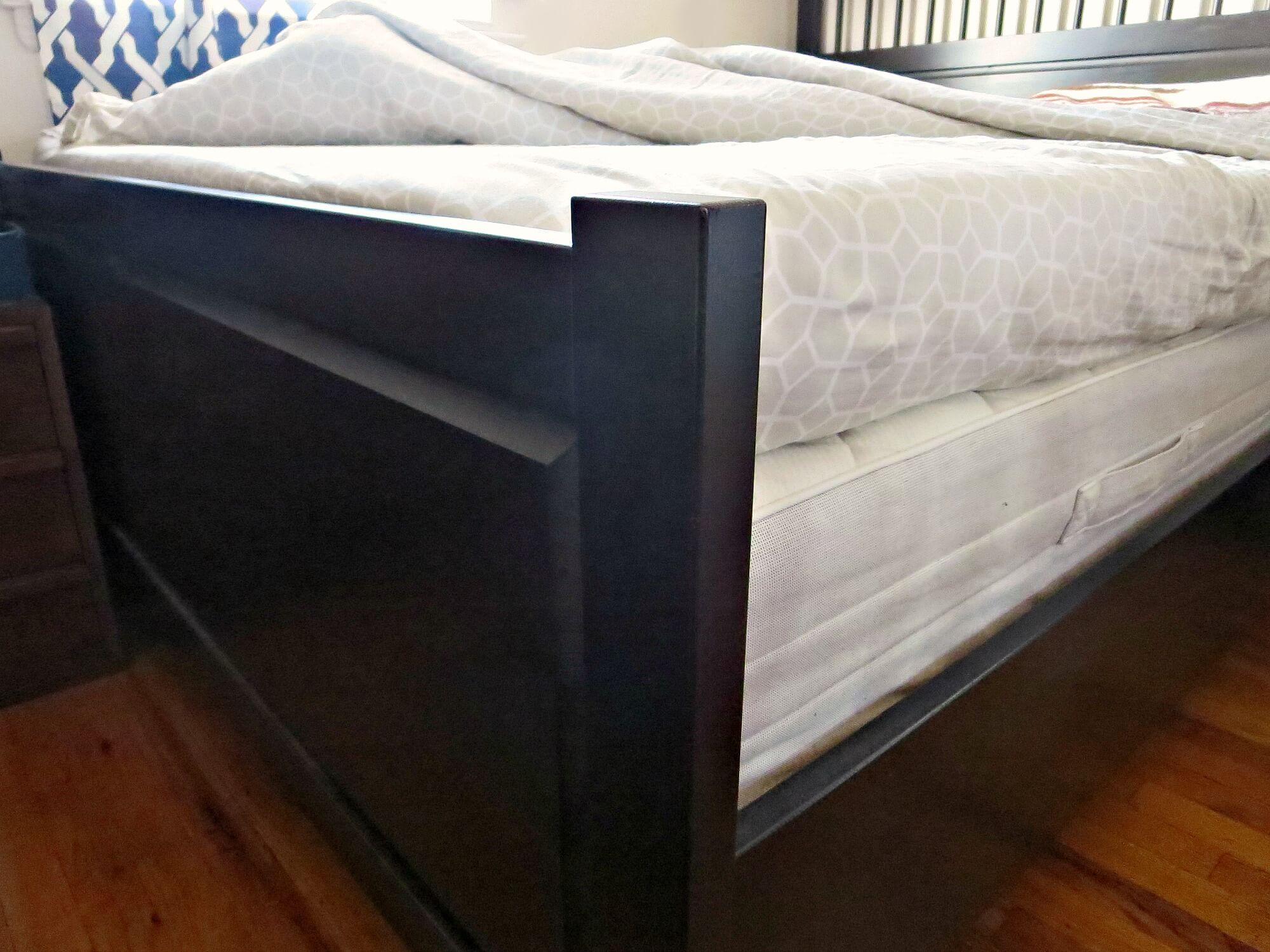 The footboard height on the HEMNES is 26 inches, where as on the MALM it is only 15 inches.

Has anyone tried this?

Is it structurally safe?

Can I buy just the MALM footboard from Ikea?

Sorry to hear the HEMNES footboard is giving you less than cozy nights.

First off, I doubt that you can buy a MALM footboard without the rest of the frame. I’m not 100% sure but I doubt that it can be sold separately. You may be able to score a cheap second hand MALM off eBay or Craigslist.

I’ve not seen anyone hack a MALM footboard for a HEMNES bed, so I can’t comment on piecing both pieces together. Anyone else know a thing or two about this?

That said, the HEMNES is solid wood, as stated in IKEA’s website. So it is possible to slice off two or three inches off the top to lower the footboard. Or better yet, shorten the legs and fasten the horizontal beams to new holes on the HEMNES footboard.

Another method would be to build an entirely new footboard. Like how Ainhoa did for her NORESUND bed, which had a too-tall metal footboard. See how she did it here.

Let us know how it works out.