How I hid a wireless charging pad in my bedside table

I carefully removed the top to my drawers and marked out on the underside where I wanted to place the charger. Take into consideration the overhang on the front and the depth of the side panel. 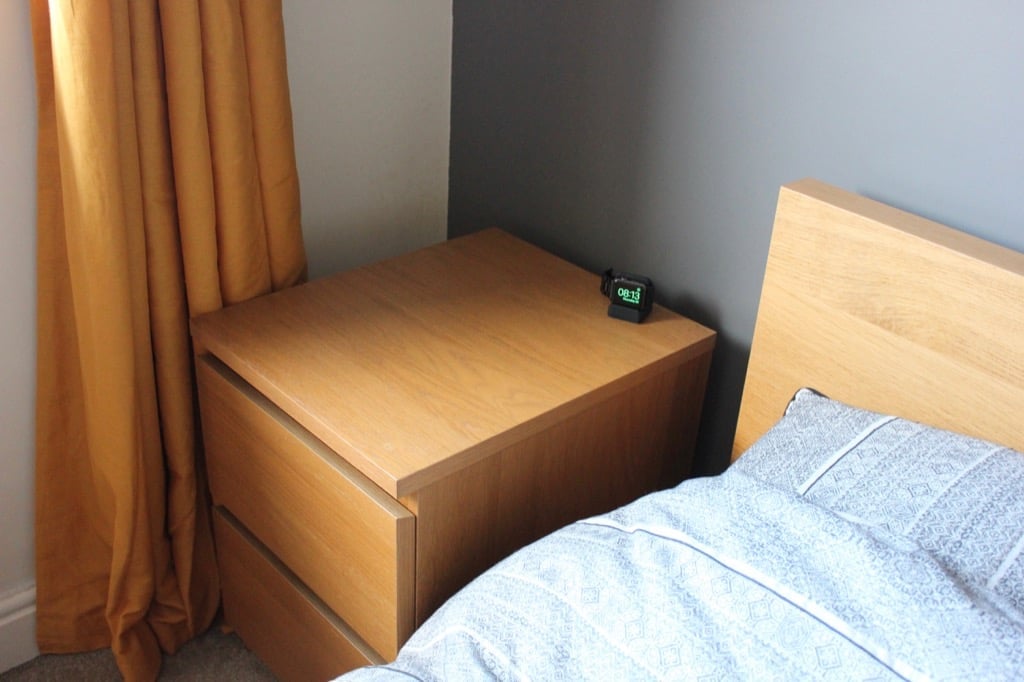 I don’t have a router so I used my circular saw set to a depth approximately 5mm less than the overall depth of the cabinet top. I ran the saw in lines approx 5mm apart then broke the strips of chipboard out. If you’re not sure what I mean … like this. I also ran the saw right to the back for the power cable to feed to the back of the drawers. Please be very careful if you choose this method. 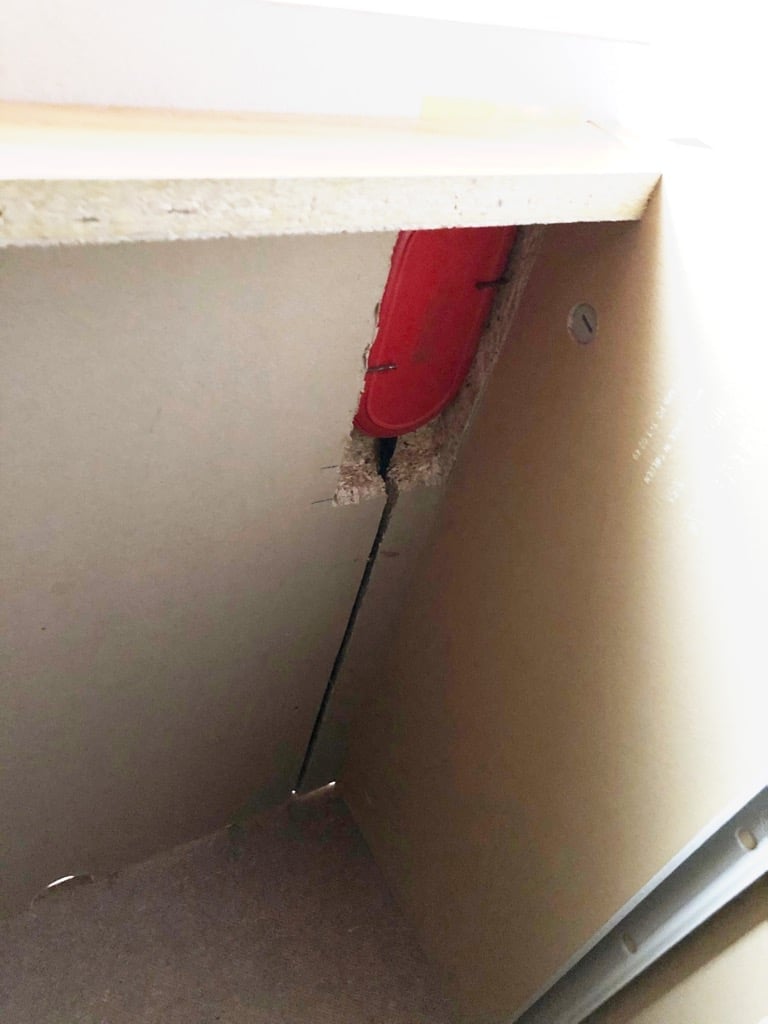 I tidied up the recess using my chisel and knife. Then coated the inside in PVA glue to stop sawdust and particles falling into the drawer.

I picked the Nokia DT-900 wireless charging pad specifically for a few reasons. It’s QI compatible meaning it works across many manufacturers including Apple. It’s been around a while and still get good reviews. But the most important is the fact it has 3 induction loops in it, and three sensors (circled in Yellow) to communicate with the phone to instigate the charge. This means it doesn’t have to be placed exactly in the right place. There is a bit of wiggle room of approximately 70mm up and down. 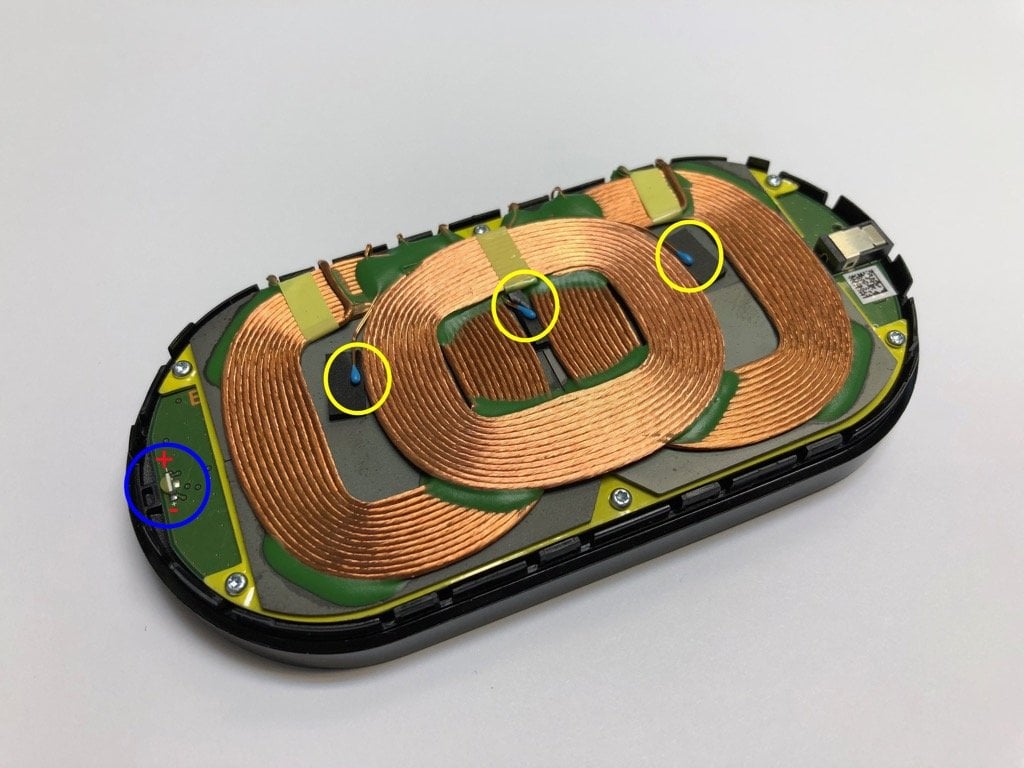 Now I would deem the next steps as optional as it is a bit tricky unless you have the correct equipment and experience.

Open the charger using a plastic pry tool. This is quite tricky but once opened there is an LED (Circled in blue) on the DT-900 that gives the status of whether it is charging or not.

I decided to try and move this so I could see it on the surface of the cabinet. I removed the LED — I would say this was impossible without destroying it — and attached a new LED. For that, I used another surface mount type with a bit of two way ribbon cable.

LEDs are directional so it will need to be connected the correct way round. I’ve marked the polarity on the drawing. This is very fiddly as it is incredibly small. Please only attempt if you are handy with a soldering iron. Cut a hole in the top of the DT-900 case before you clip it back together to allow for the wires. 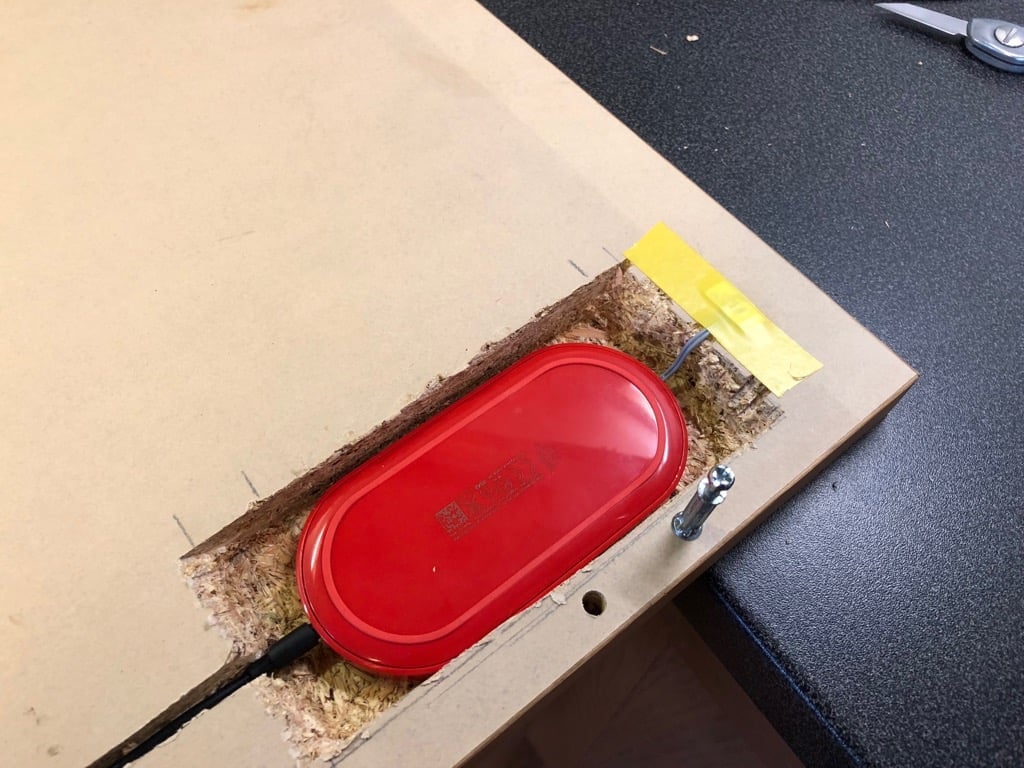 Related: Fitting a MORIK wireless charger into a BESTA unit

I then very very carefully drilled from the bottom side of the cabinet top with a small drill bit without breaking the top surface. Do not be too greedy with the hole size, the smaller the better 1mm-1.25mm max. Place tape on the drill bit as a depth gauge.

Remove the debris from the hole using the same drill bit but by hand and by flipping and banging the wood. You may need to make the opening of that hole slightly bigger to sit the LED in before securing it. As you can see I used electrical tape to hold the LED in place.

I secured the wireless charging pad into place under the drawer top using panel pins/small nails very much like some pictures frames would hold the pictures in. I did consider glueing it in but wanted to reduce materials between the phone and the charger as much as I could.

Test it all and reassemble. Voilà! 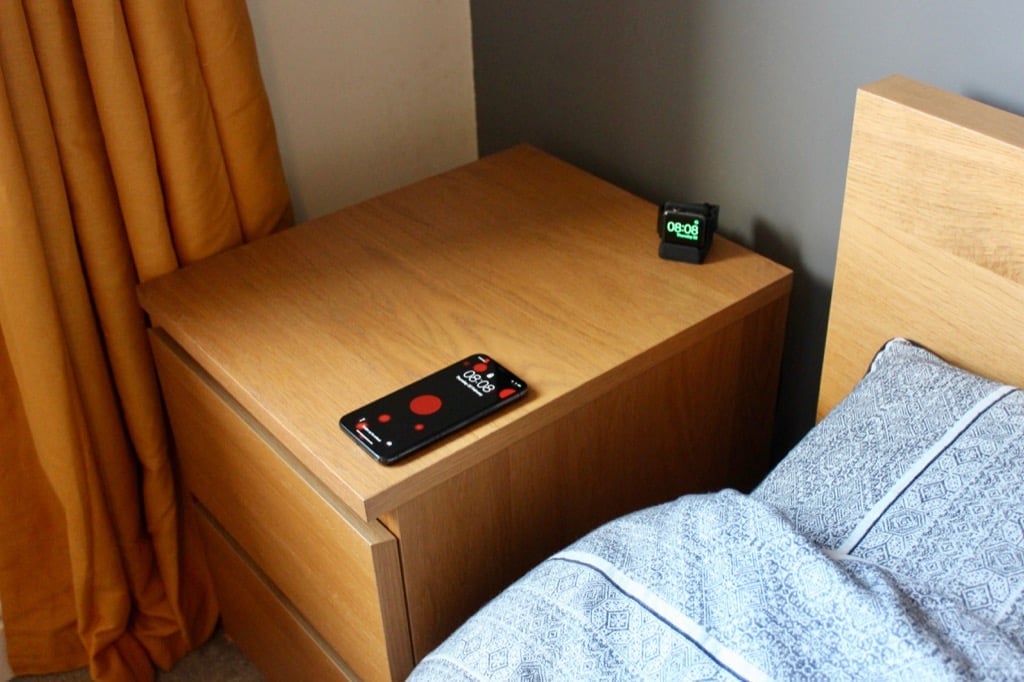 A video of it in action.

I also did something similar in my car…