Hackers Help: Need advice on this bookcase over radiator

Hi, my name is Helene. I have a wall in my new kitchen that is tall, quite long and has a stupidly long radiator on it. And I need space to tidy i.e. cooking books and family memorabilia, on a budget…

Seeing the fabulous results some of your hackers managed to reach using IVAR modules as a base frame (like this one here), I’ve been playing with the idea of doing something like this, an IVAR bookcase over the radiator: 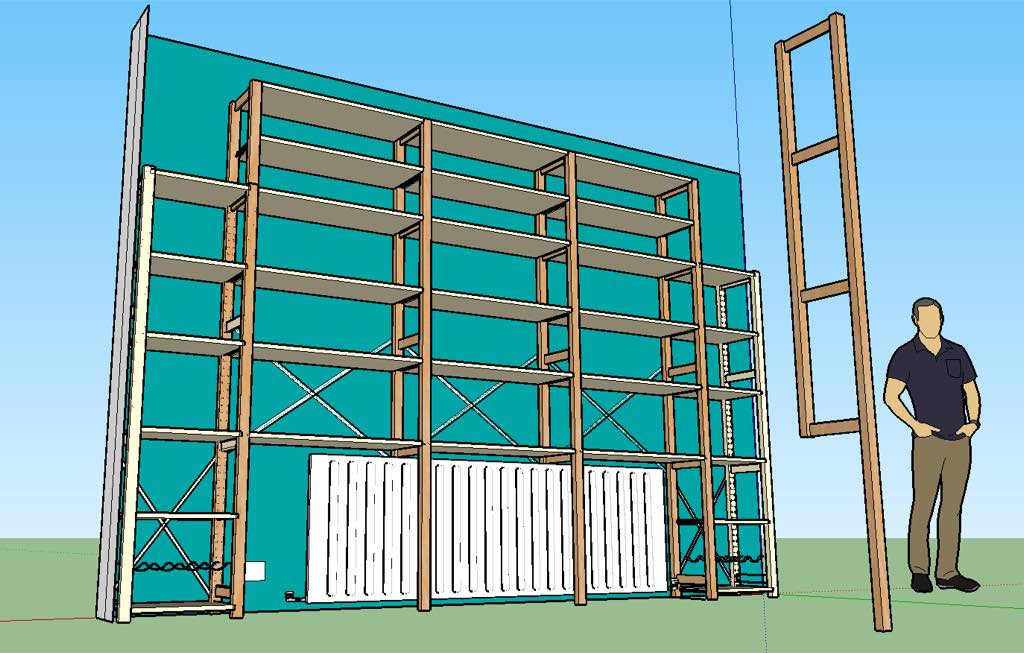 That is, using the 30 cm deep IVAR modules to create shelving above and around the radiator, and possibly covering the sides with mdf / plywood etc like previous hackers did.

That would involve cutting one leg on two of the side-units to be above radiator level (thus transforming them as shown at the foreground of the sketch above). 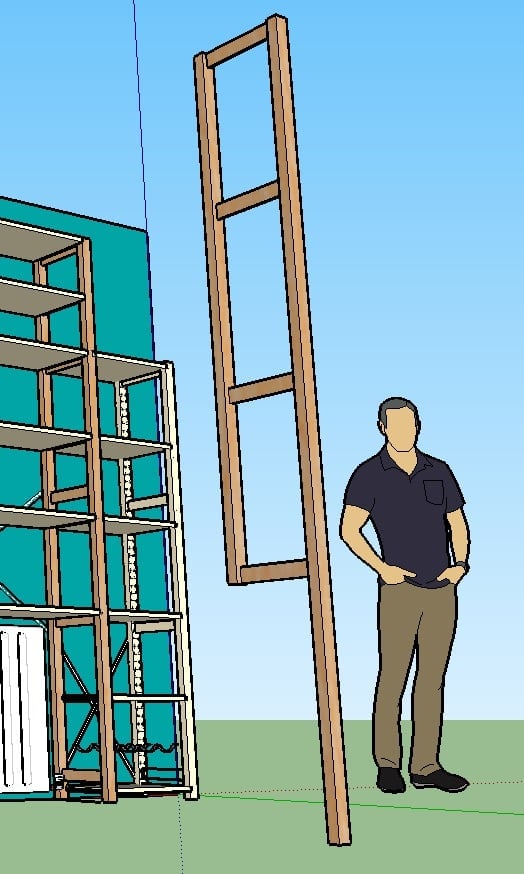 I would attach all the vertical units to the wall (so probably not using the cross-braces shown on the sketch). But I was wondering if that would be enough for the two “amputated” legs — should I support the cut section with a sort of L-bracket?

Did anyone ever do something similar, and has advice? Or would you have another idea to deal with that radiator nuisance? Removing it is unfortunately not an option at the moment.

The IVAR is a great choice. It’s sturdy, open to different configurations and so easy to hack. I like your idea of building a bookcase over the radiator. With your books and memorabilia around it, you’ll soon not even notice the XL radiator.

As the IVAR verticals are attached to the wall, I believe they would be strong enough, since the two front legs are maintained. Those two front legs will need to be extra hard working and hold up a lot of the weight.

Also, do make sure the IVAR verticals are firmly attached to the wall with the right wall plugs and screws. You’ll need them anchored to wall studs if it’s a drywall, so they can hold the weight of the shelves and prevent them from ripping out of the wall.

Good luck on the build. And let us know how it goes.