Before you splurge, check out this $15 DIY pedalboard

As a guitarist and dad, I was searching for an affordable way to keep my effect pedals all secured and easy to move as my toddler likes to rearrange them while I play, disconnecting cables and cords as he fiddles with knobs and buttons.

Professionally built pedalboards (like these) can cost an arm and a leg. This was a flash of inspiration while looking for something else, as often happens at IKEA. 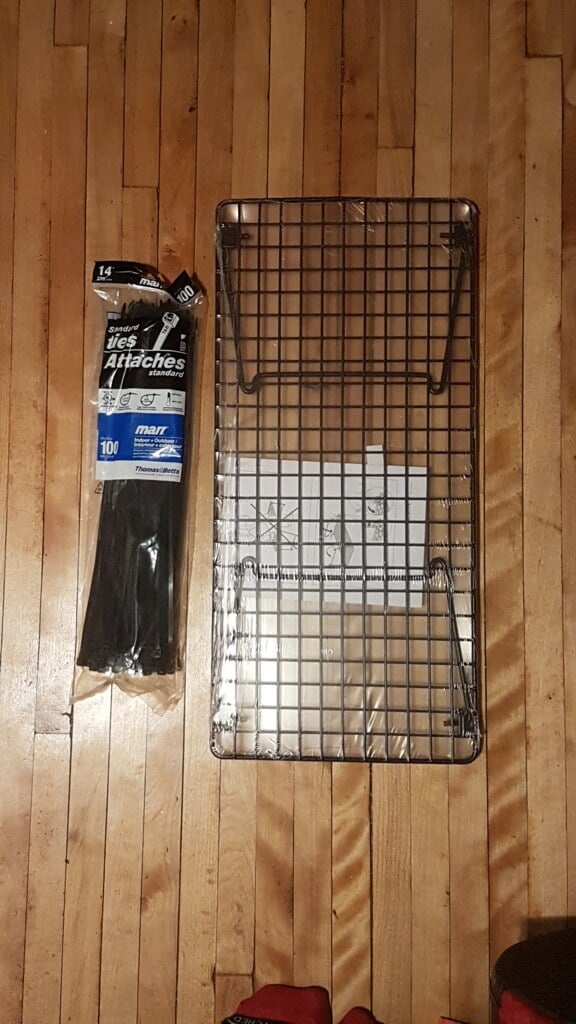 I also grabbed a 100-pack of 14″ black zipties from the hardware store. That was the longest I could find, for about $13 CAD, as well as some smaller zipties for about $2. Which brings this project’s cost to a whopping $20 (not counting my guitar gear, of course!).

I’d recommend setting up the legs of the GREJIG for the assembly process, which allows you to feed zipties and cables through the grid. 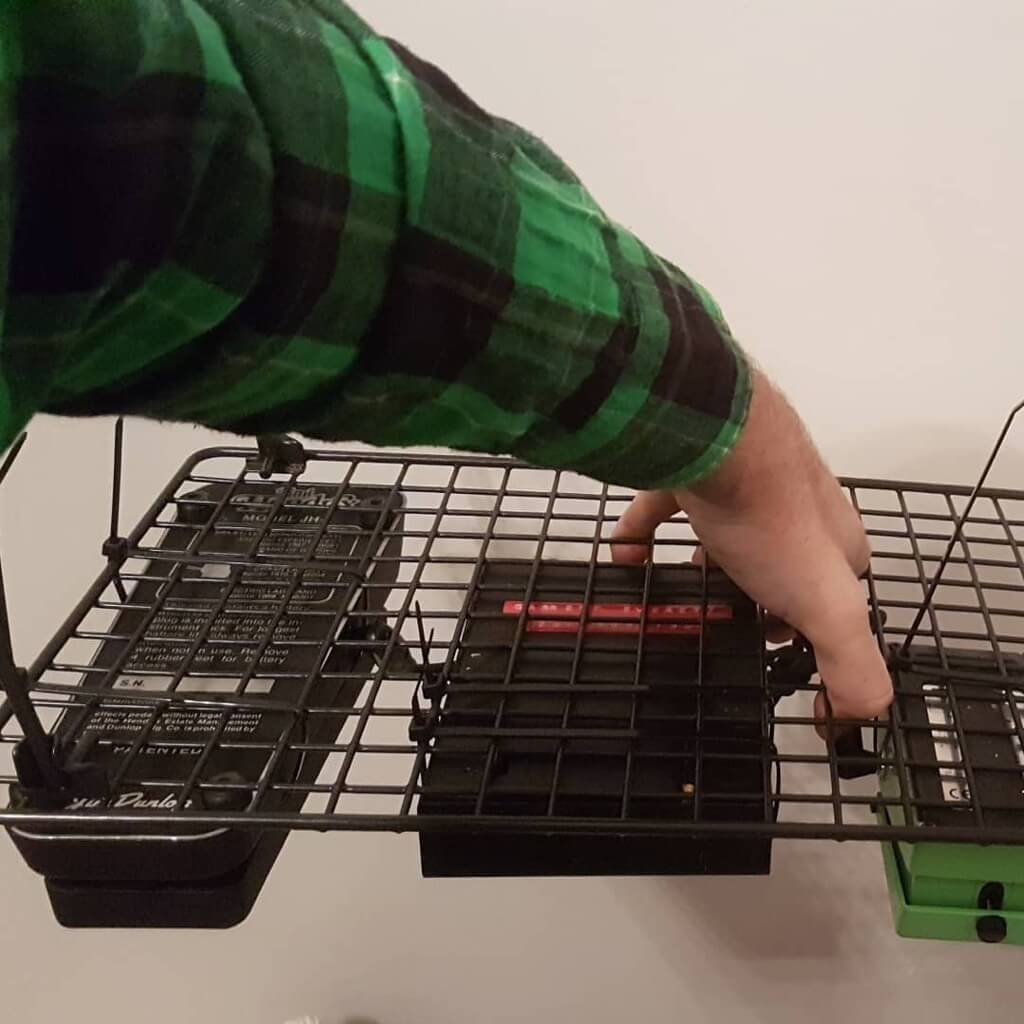 Then, figure out a pedal layout that works for you. This will probably be the most time-consuming part of the whole project.

The GREJIG is 12″ × 24″, which can neatly handle larger pedals like a wah, and has a sturdy metal 1″ grid. When laying out the pedals, ensure that their jacks have at least two squares open next to them to accommodate a right-angle input jack.

If you have a ton of pedals, just get more GREJIGs and lay them out so that you can chain them together! 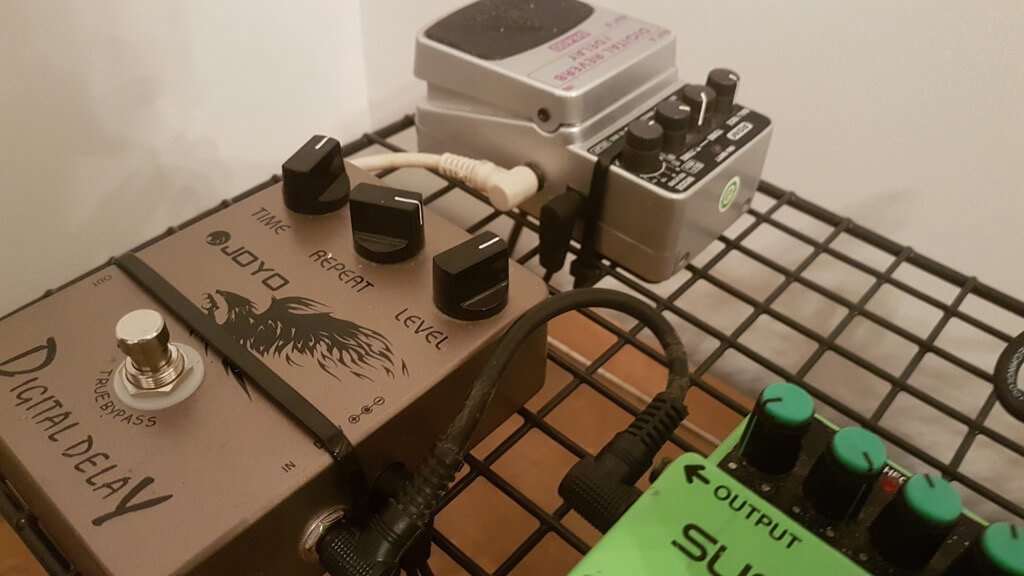 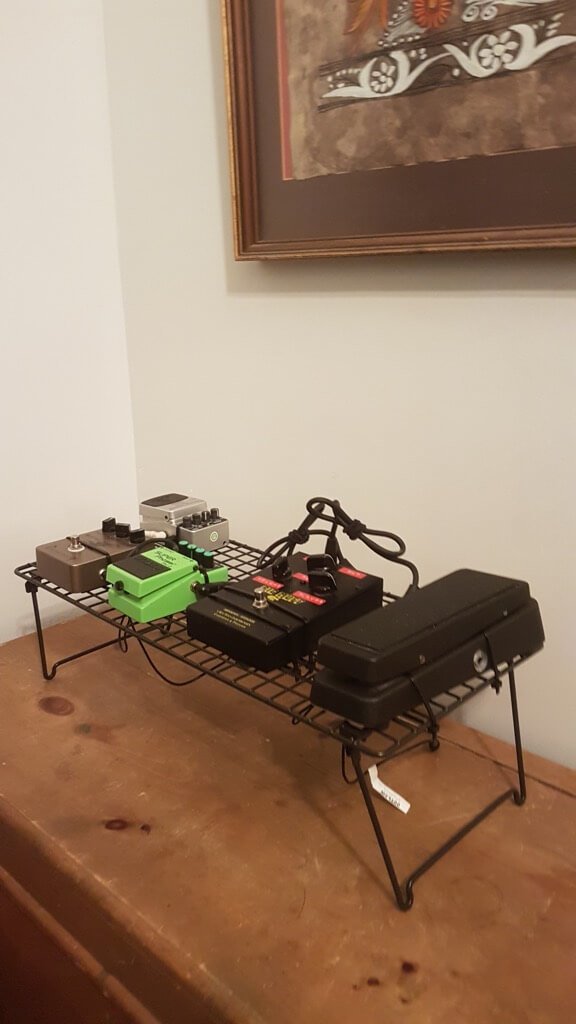 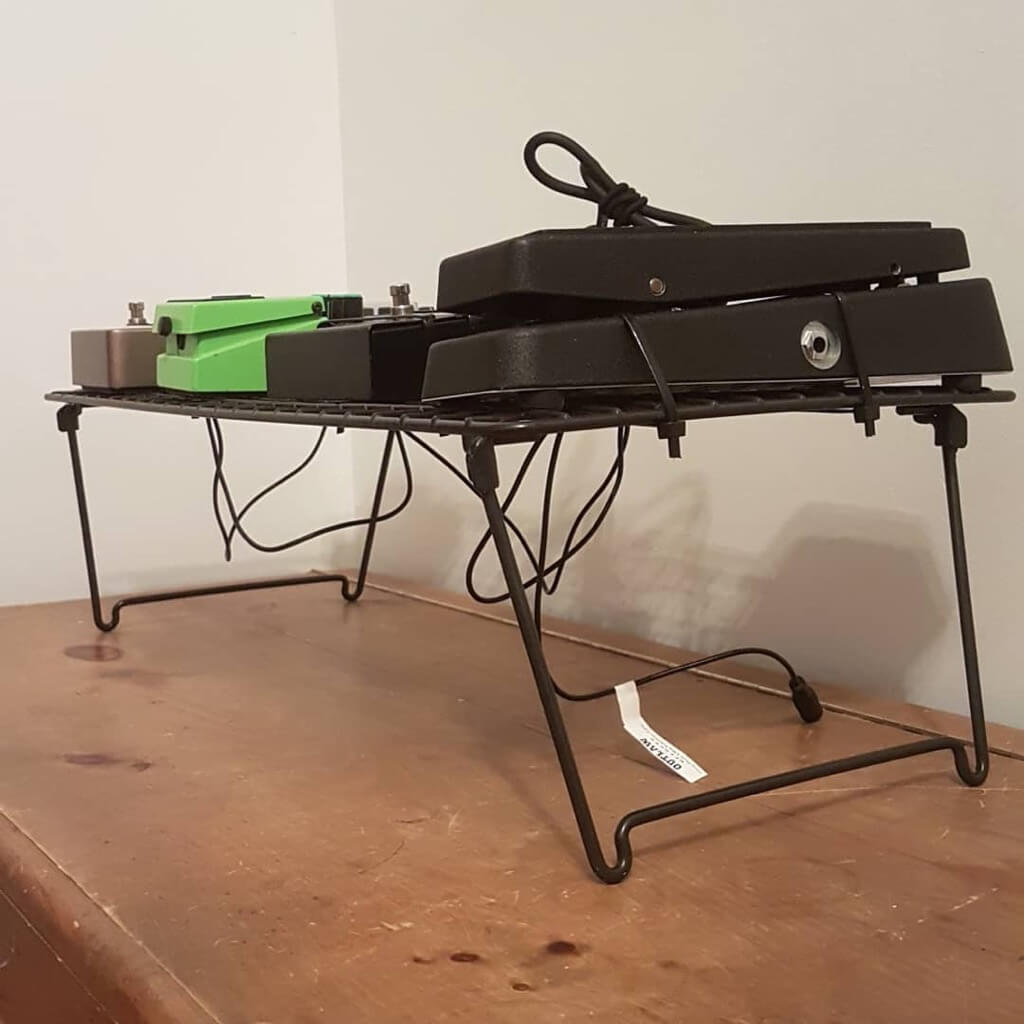 I’d also recommend putting expression pedals on the sides of the board, as the center will be a little springy. I liked the added response to the feel of activating a pedal, especially the quiet Boss units. But you may not – if you like things solid, you might want to put together a simple layered wooden base for it to sit in.

Once you are good with your layout, use the large zipties to attach the pedals to the grid, making certain that they do not interfere with pedal functionality.

This is where you need long ties – my Russian Big Muff Pi was barely contained by 14″ ones.

Use a pair of pliers to help get things as tight as you can. Once properly tightened, you should be able to hold your pedalboard upside-down with no shifting. 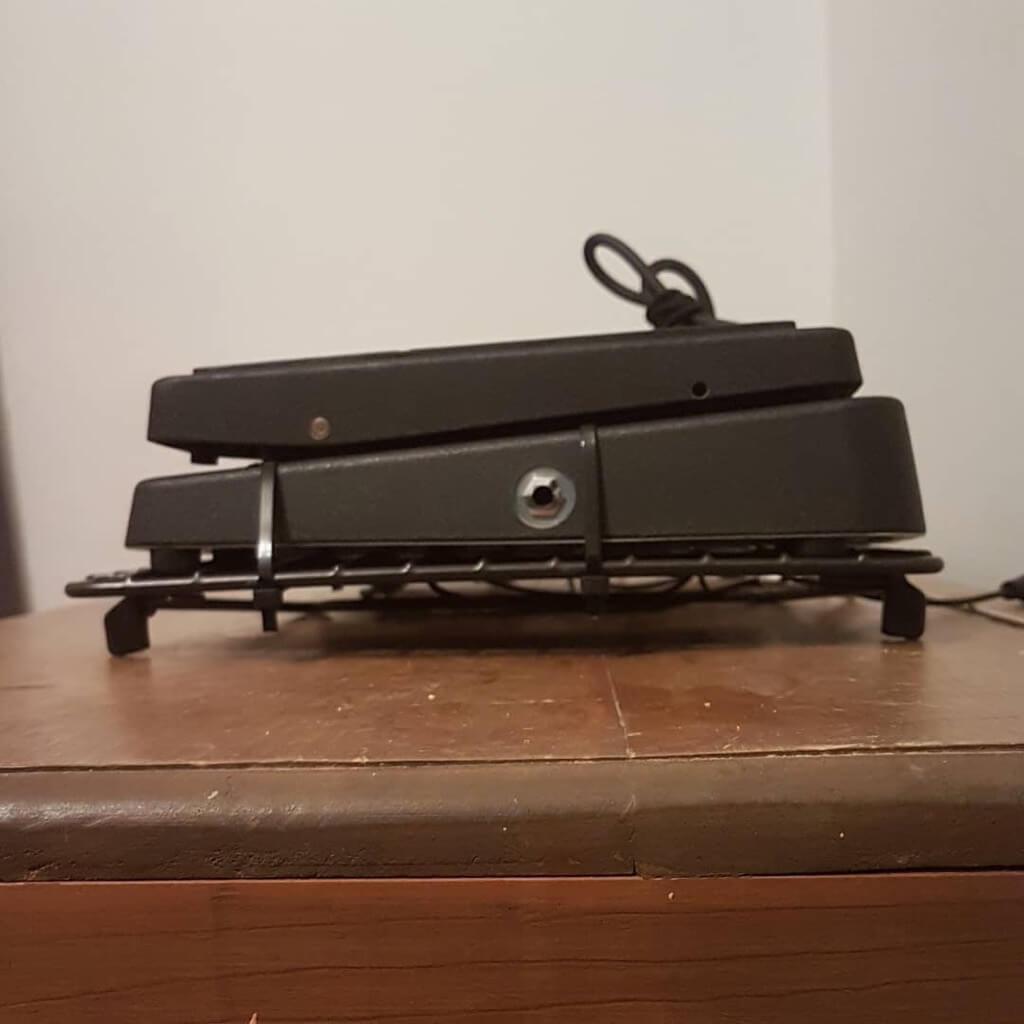 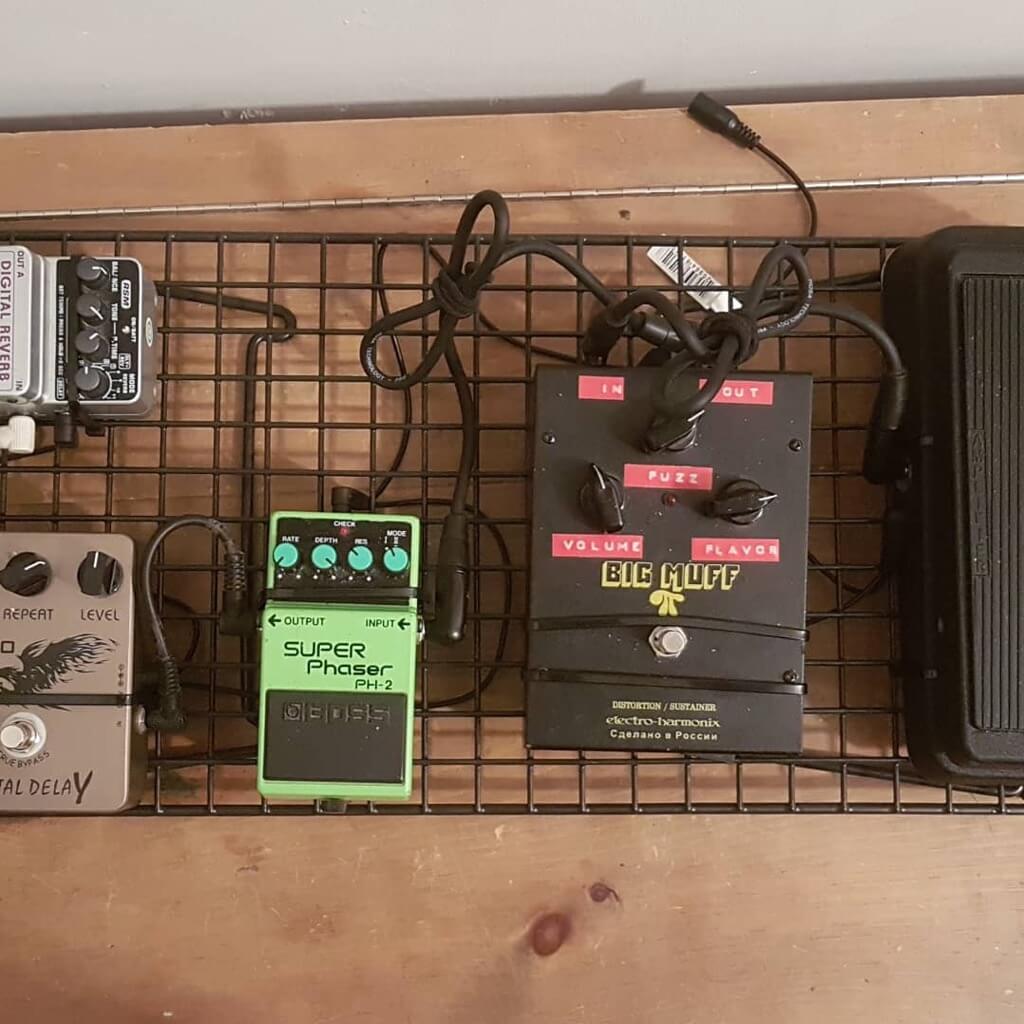 Once your pedals are strapped on, run the power cables. I chose to run mine under the grid so that moving audio cables would be less annoying, but you could run it on top. Ziptie it to the grid with the smaller ties to help prevent mechanical damage.

The nice thing about the grid-like construction of the GREJIG and using zipties is that when you inevitably want to rearrange your board, all you need to do is cut the ties and you’re ready to reassemble.

Once the legs are folded down the board has a remarkably small profile. It would be fairly easy to put together a small carrying case out of plywood to keep it safe while travelling. But that’s a project for another day!

That’s about it! I hope you enjoyed this DIY pedalboard tutorial! 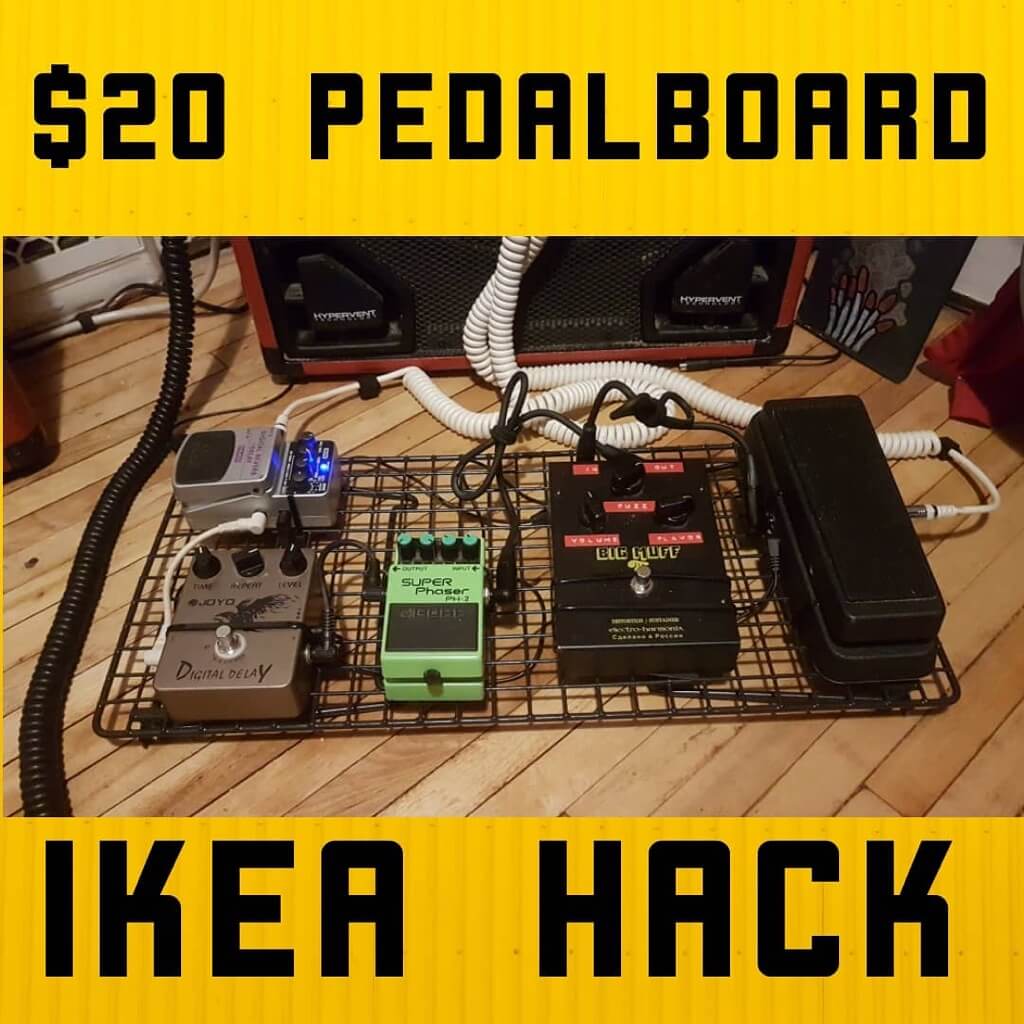