I worked out a precise and clean way to cut the IKEA LACK shelf to the length I wanted.

A few years ago, I built a bookshelf arrangement with a selection of LACK shelves and BESTÅ cupboards.

I wanted dark brown, of course, so I was faced with the problem of producing a number of 30cm parts.

I used a circular saw at work (used for cutting aluminium tubing), but it wouldn’t do a full cut. The solution was to turn the shelf over, then end-to-end, for each cut, with the hassle of re-measuring each time. I managed to get better than 1mm precision. 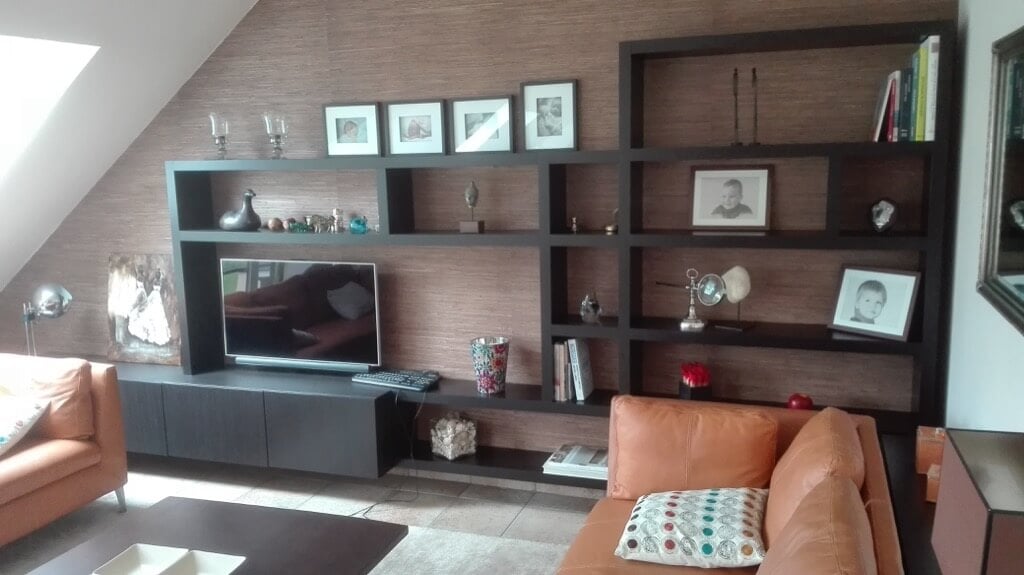 Recently, a friend asked me to place a couple of LACK shelves. She’d bought the 190cm parts, which needed to be reduced to 158cm*.

As I no longer have access to that saw at my old company, I had to think of another way. Using a portable electric saw, or a jigsaw, was out of the question, because of the rough edges.

Finally, I decided to try an angle grinder. I used a thin cutting disc, with a piece of aluminium tube as a guide, and didn’t cut too much at once. I did a practice cut and was pleased to see that I got a very clean edge. 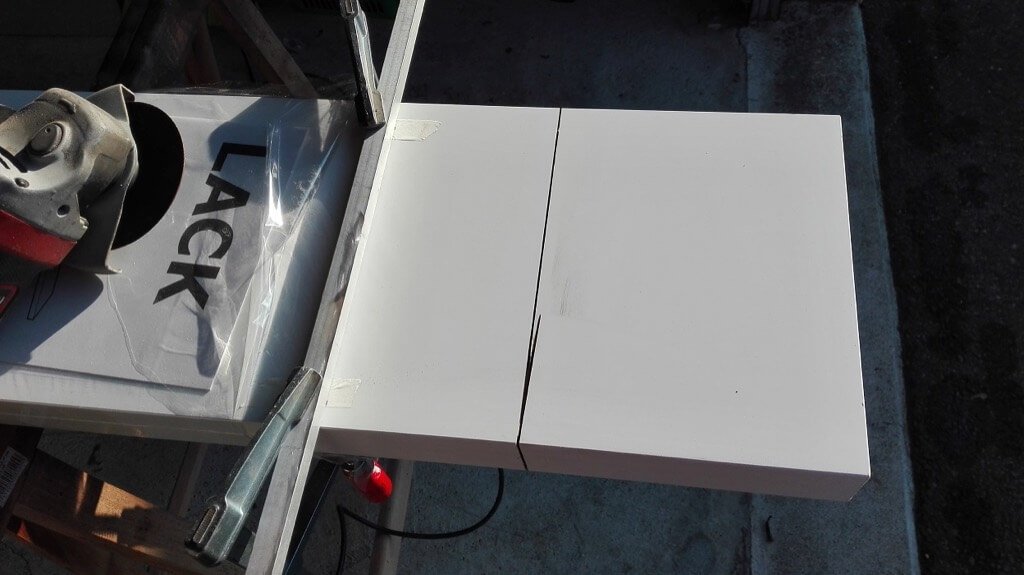 Cut the short (vertical) edges first, and use this as a guide for the top and bottom (or left and right!) cuts. 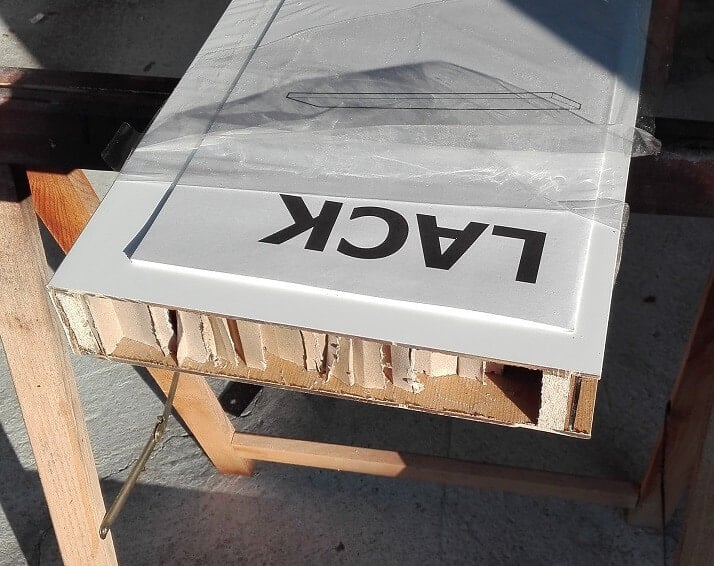 When making the long cuts, take care near the edge to keep the disc perpendicular.

And then install the shelves as per IKEA instructions. 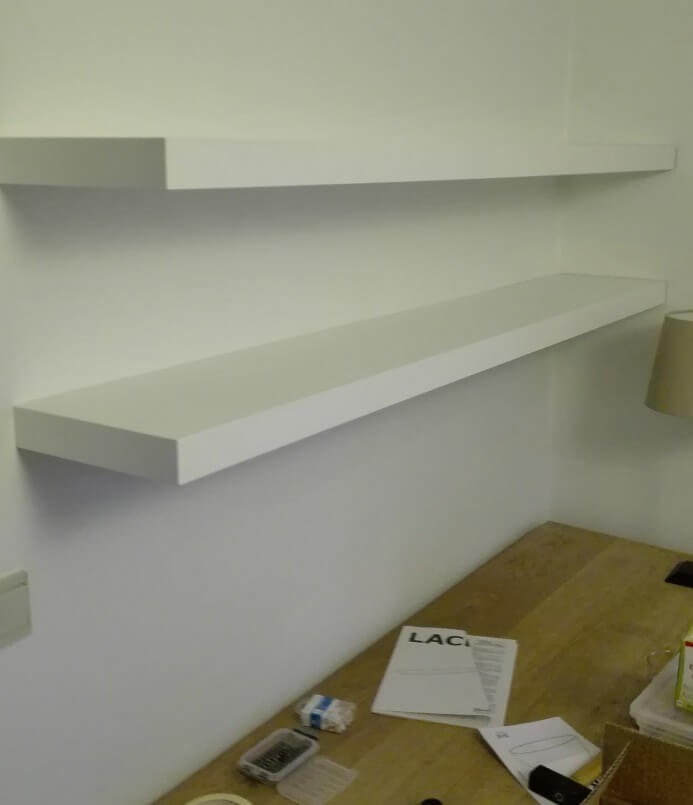 You may also like these IKEA LACK shelf hacks 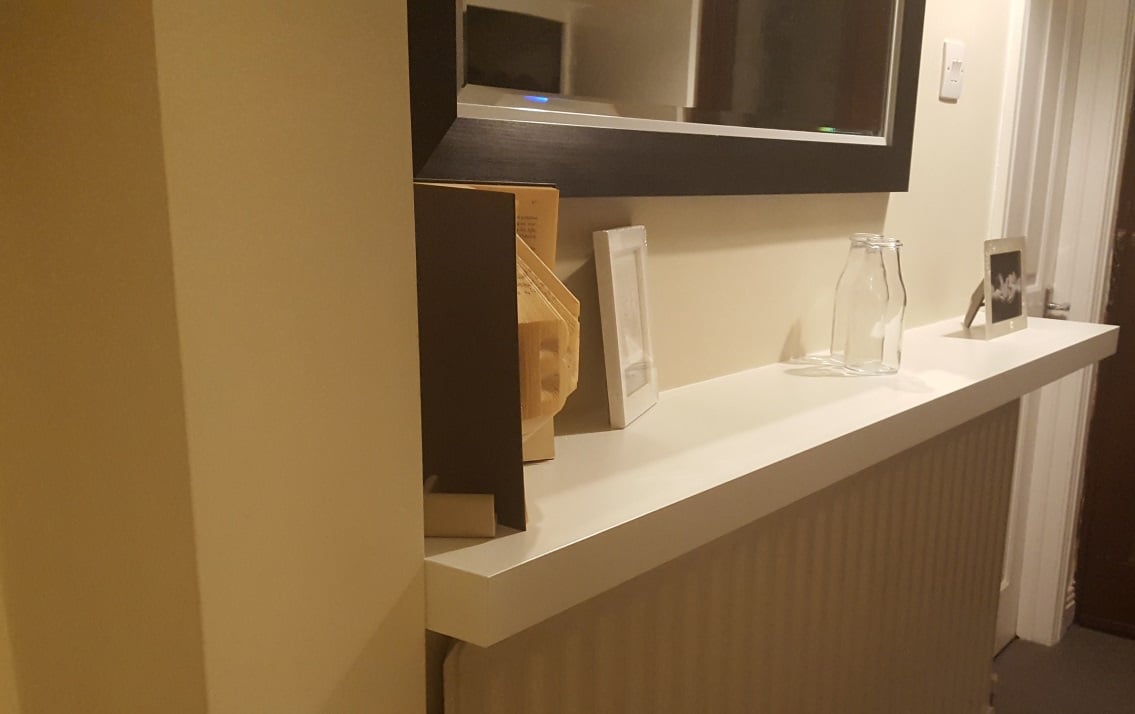 Brian wanted an IKEA LACK shelf to fit a space in the hallway that was 170cm wide but the nearest size was 190cm. His plan was to remove the end cap from the shelf, cut the shelf to size and then reattach the end cap. This is the approach that he took to create a custom sized LACK shelf. 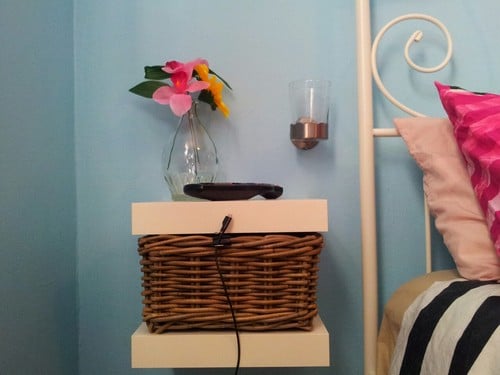 They were looking for new bedside tables to match the new bed but everything was either too expensive, too short, or both. So they ended up making this LACK bedside table.

#3 More stuff you can do with IKEA LACK shelves 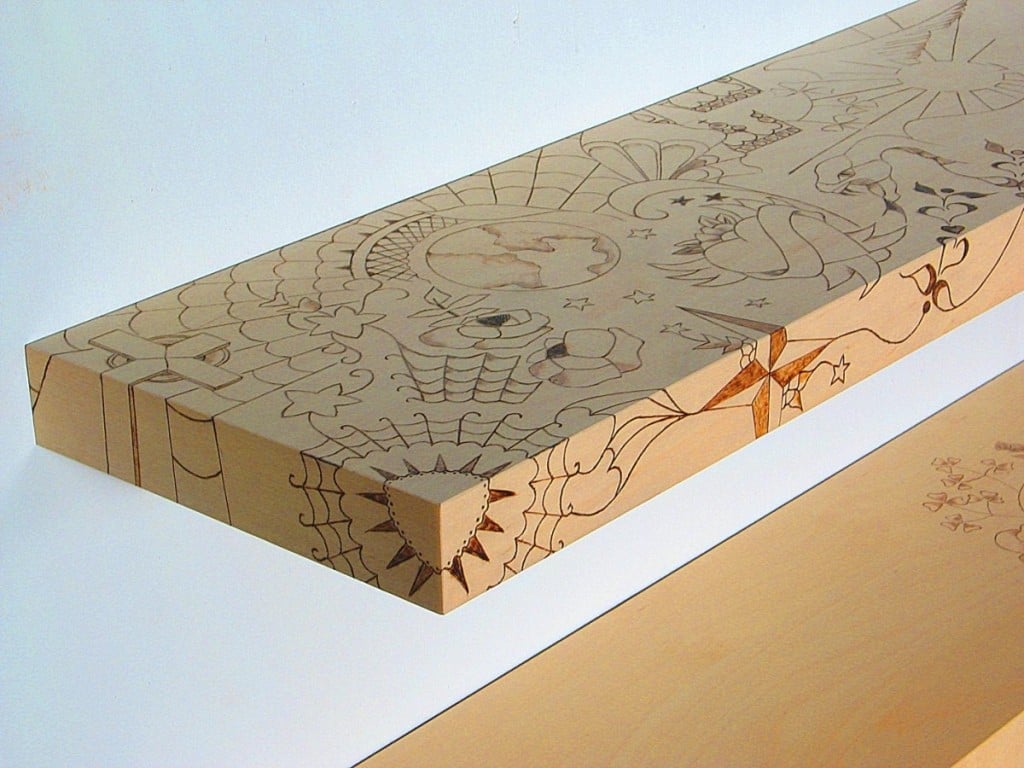 I’ve always loved the IKEA floating shelves – neat and uncluttered. Only problem is, you probably can’t put more than a few books and decorative items without it crashing down. Let’s see what IKEA hackers have done to the IKEA LACK floating shelf.