We built a new house three years ago and now decided to build a new book case to replace our ages old EXPEDIT.

The idea was to cover the whole wall with books and bookcase.

As we did not find anything we like, I came with an idea to build an IKEA cube bookcase. In this case, I went with the EKET shelves.

It is not a tough hack, but the final look is really amazing and beautifully replaces our EXPEDIT shelf.

How to make an IKEA cube bookcase

I measured our wall and very easily made a first sketch of the design on paper. 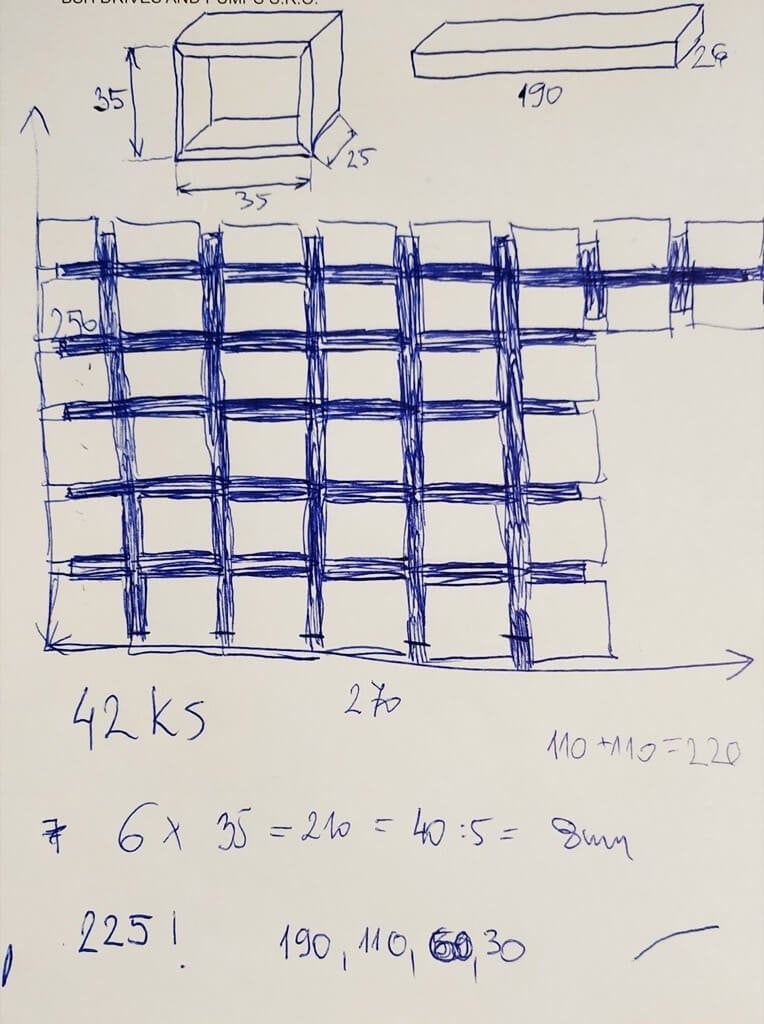 Then I used my skills from modelling for Google Earth 3D buildings to draw a model in the free SketchUp programme (formerly Google SketchUp).

This application measures the pieces automatically, so I ordered the needed particle boards according to it. I then asked a carpenter to edge them with black color. 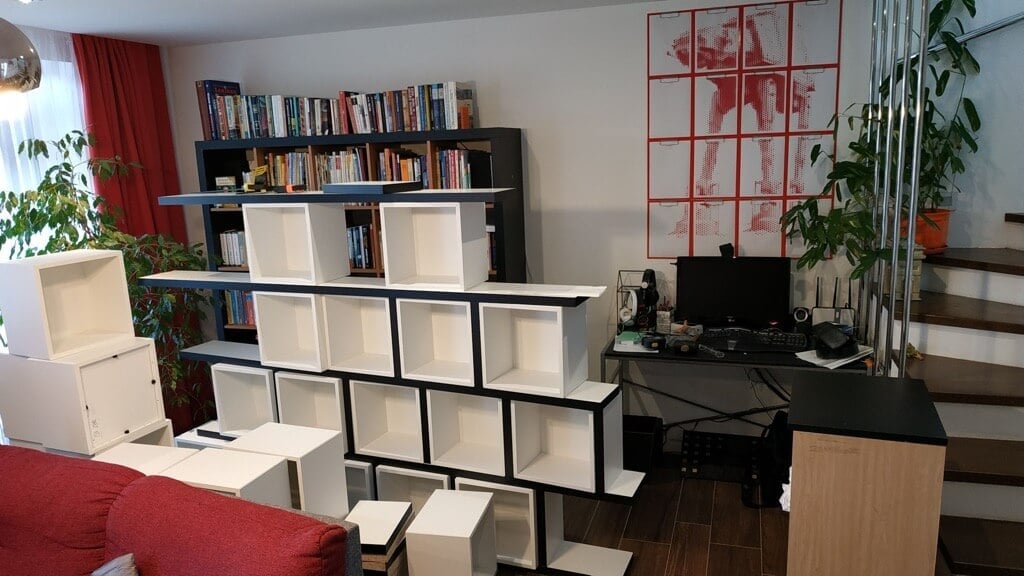 The design idea was to use the dividing black shelves between the EKET boxes with shorter depth (about 3 cm).

The building of the bookcase itself was easy by screwing the EKET boxes on the back (behind their bottom) with the horizontal black wooden shelves. 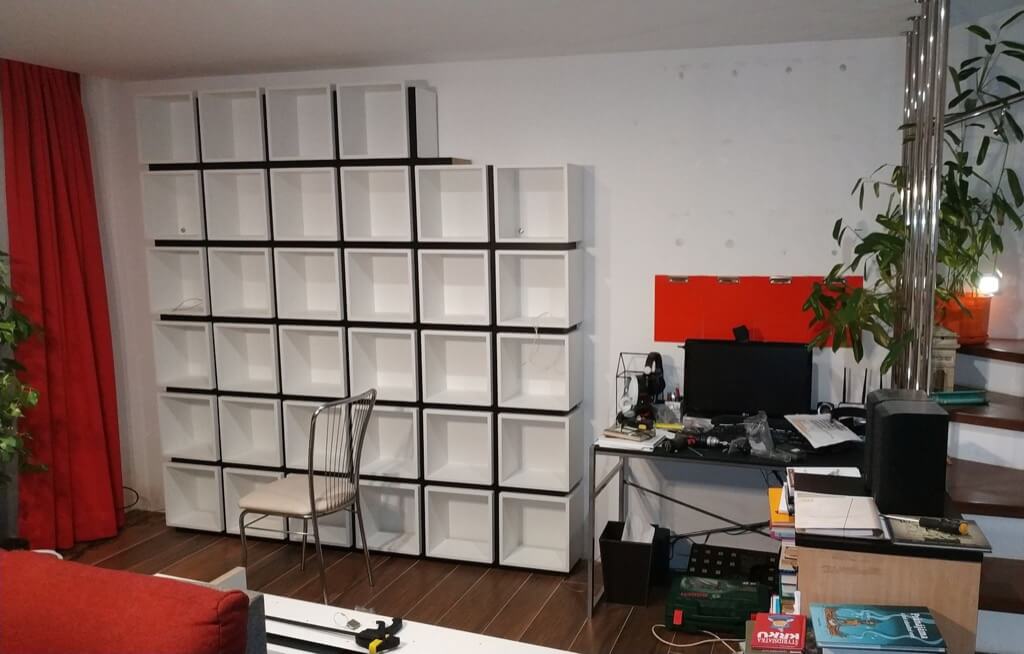 The small vertical dividers I left without any fixing them to the boxes.

On the higher levels I used the attached wall mounting kit to fix the EKETs to the wall. 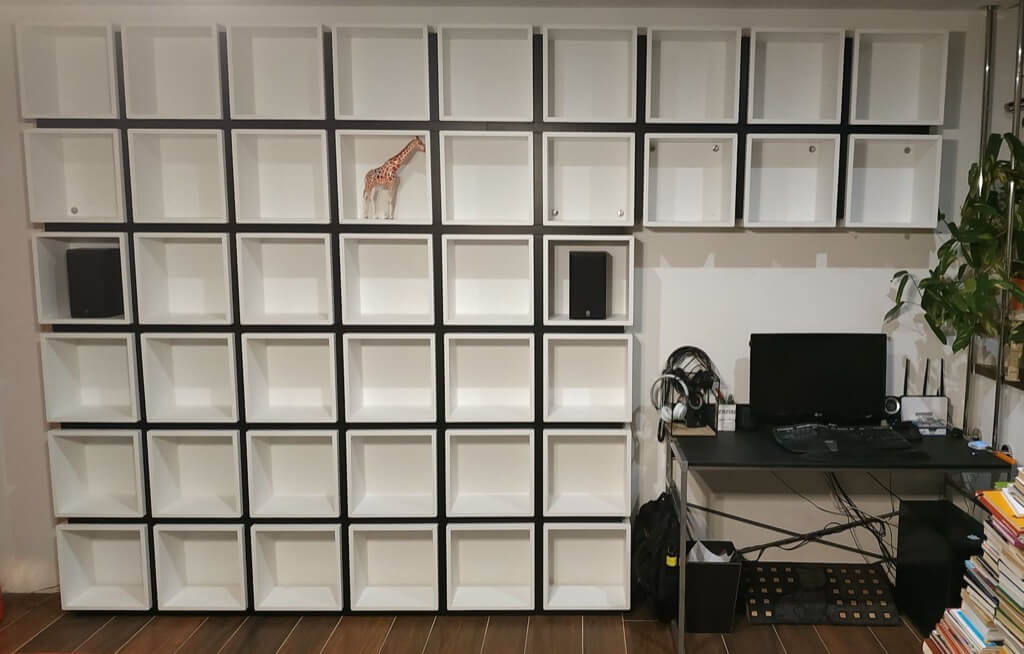 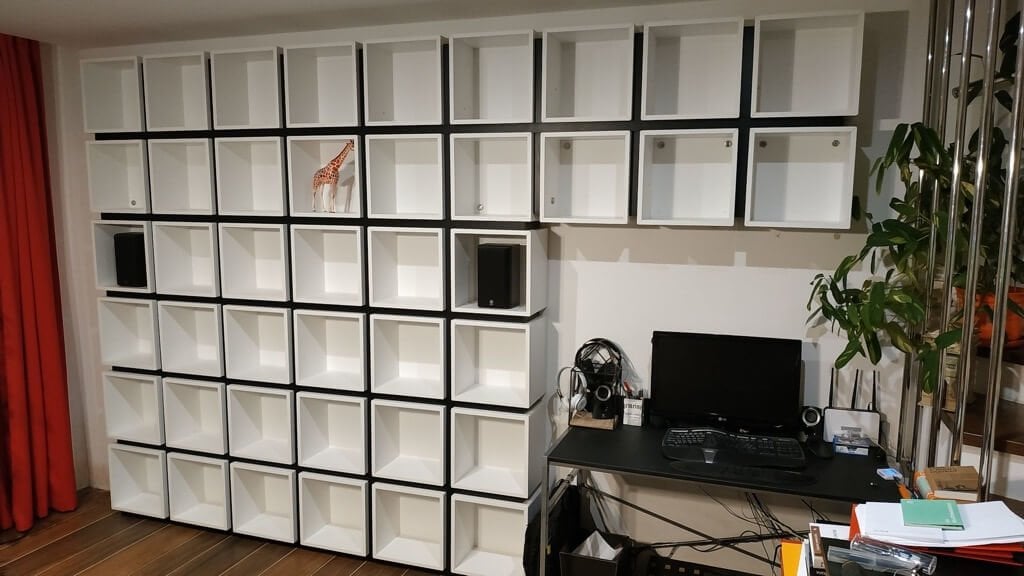 The most time consuming operation was to build the 42 cubes.

To build the cubes and shelves together took me about one afternoon.

The hardest part was to assemble the highest two levels which were the longest. They had to be mounted and screwed together with upper and lower boxes.

The final effect of my IKEA cube bookcase impressed all of my family who were at the beginning rather skeptical about my plan and idea. 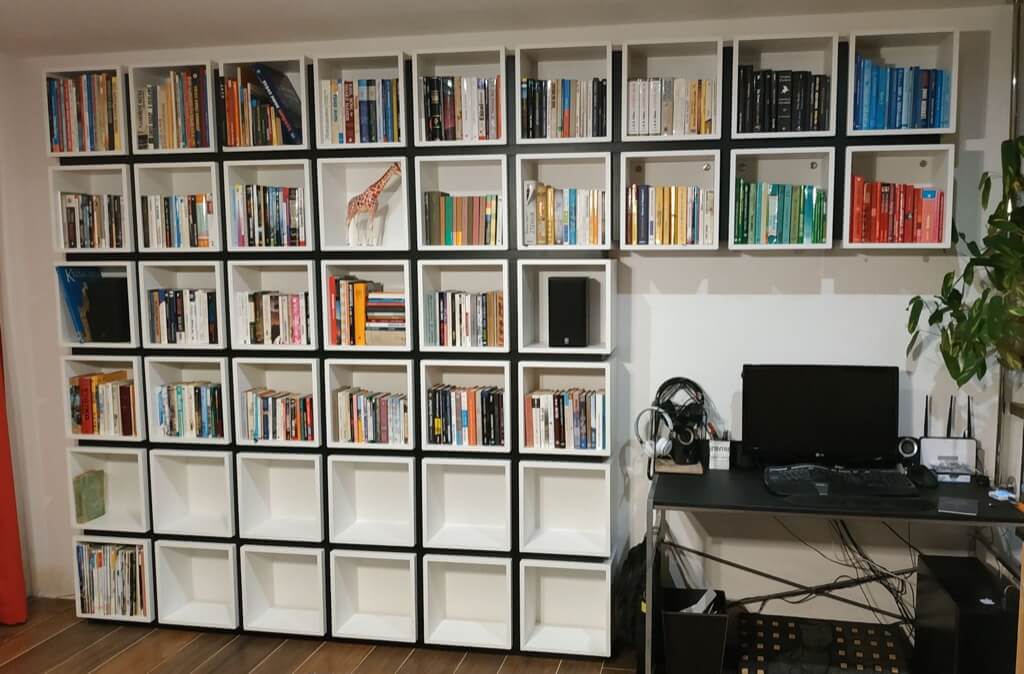 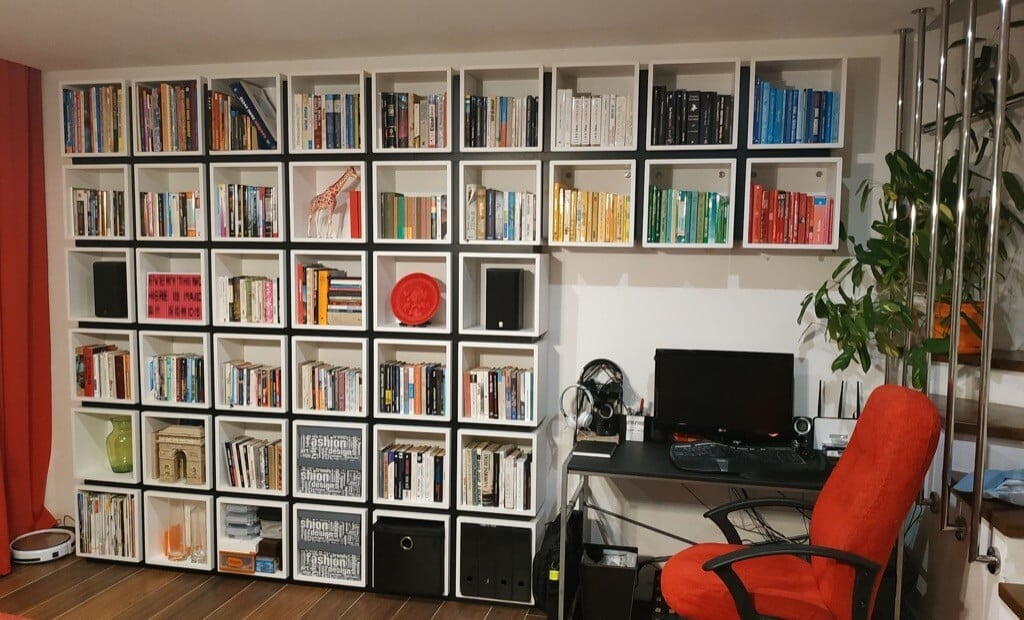