“i took the ikea expedit bookshelf and turned it on its side, then pre-drilled and attached 4 capita legs to the bottom, since it was my intention to use this as an ‘entertainment center’ rather than a bookshelf. 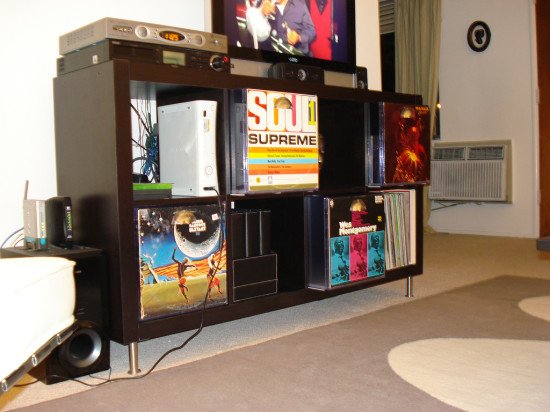 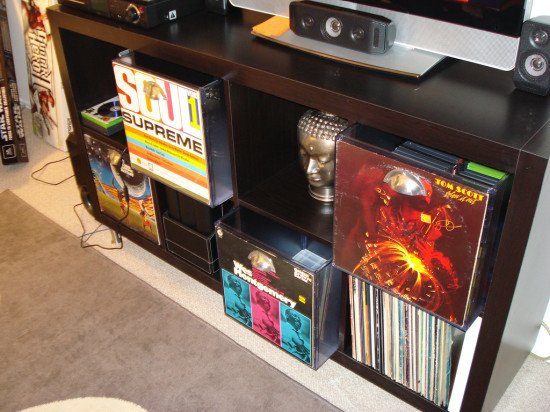 the second part of the hack was the use of the lekman storage boxes, some vintage 12″ record jackets and some snacka door handles. i assembled the boxes as directed, but hate the ‘clear’ modular box, so i got some 3M double sided tape and affixed the record jackets to the front of the cubes. then pre-drilled the holes for the door pulls and attached them.

now i don’t have to look at the see-thru cube or whatever is inside them, and i have a one of a kind entertainment center.”