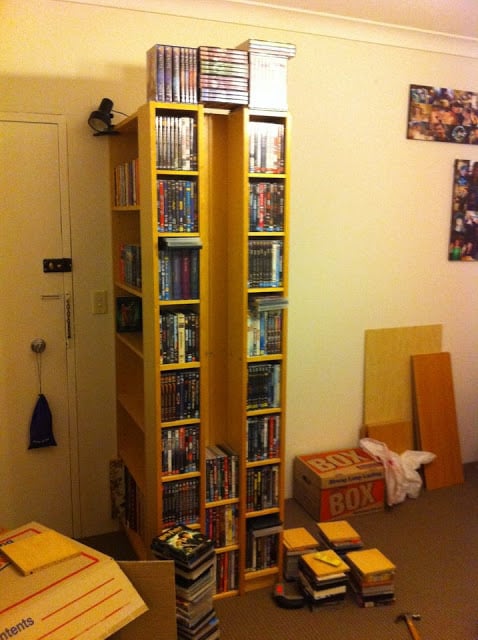 Description: I have three of the old 60cm Billy Bookcases, and I’ve moved that many times that they’ve become a bit rickety, even went tightened up. I decided I’d like to have a bit of a bookcase screen near the door of my new apartment, but the billy’s would never stand on their own.Instead I put 2 Billy and 2 Benno Frames together (including backs) and screwed them to each other. 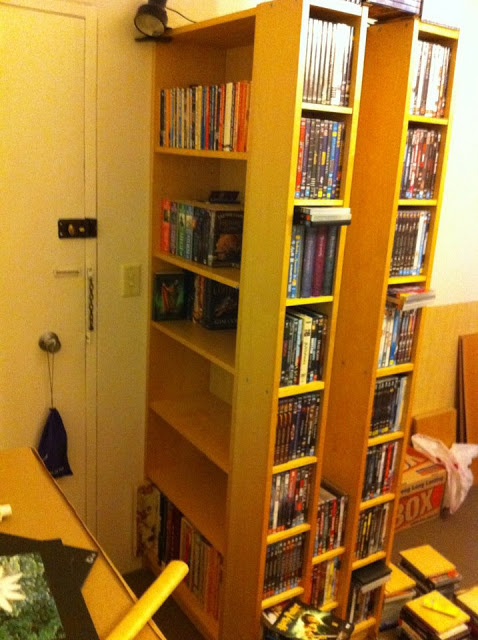 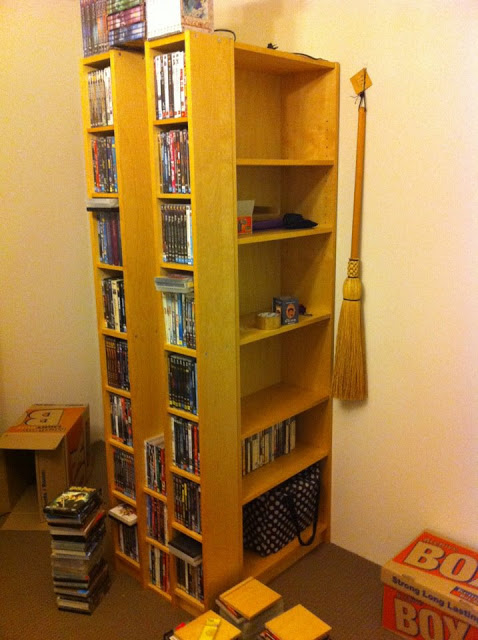 As luck would have it, after fitting the shelves in the Benno’s to the right height for DVD’s, there are just enough spare shelves to make a third rack between the two. To do this, it’s easy to get some shelf clips to hold them in place (although you might need to take the Benno’s down again to drill holes for them). However, all I had were screws, so, I have marked where the shelf should sit, and placed three screws (one to each side, and one at the back, into the side of the Billy bookcases) only half way into the wood, thus providing protrusions to keep the shelf up (i.e. the shelf sits on top of the screws)

Now I just need to find another 60cm Billy to do the other side of the room!! To the Ebay machine!