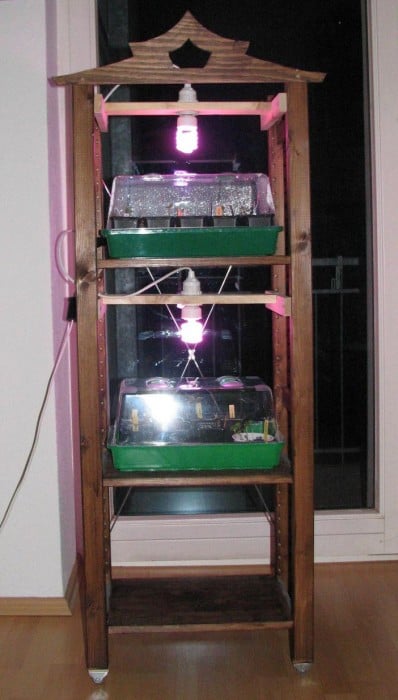 Description: My windowsill became too small for two mini greenhouses and I needed a place to store them in summer on my balcony. IVAR 42cmx30cm seemed the perfect solution. In winter, it can be placed in front of my balcony window and pushed aside thanks to the wheels. It used the lamps in connection with a timer, because the little green fellows like to have more light than daylight can provide.

In summer, it can be placed on my balcony.
The only IKEA parts I used was IVAR and OBSERVATÖR, the other parts were bought in a hardware store. However, you can replace some of the hardware store parts with parts available at IKEA: HEMMA, SPARSAM and may BEHANDLA, depending on whether you wanna use it outdoors or not. 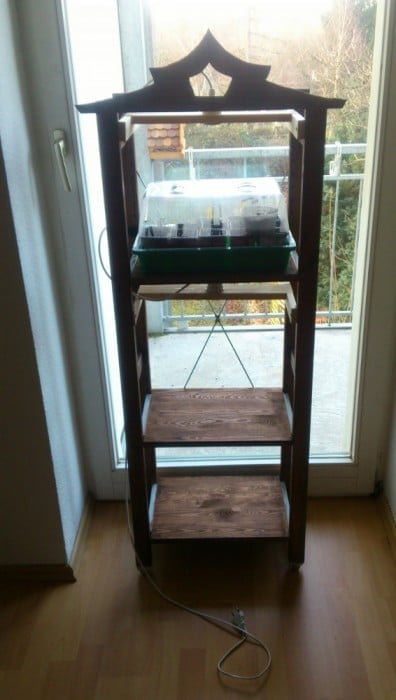 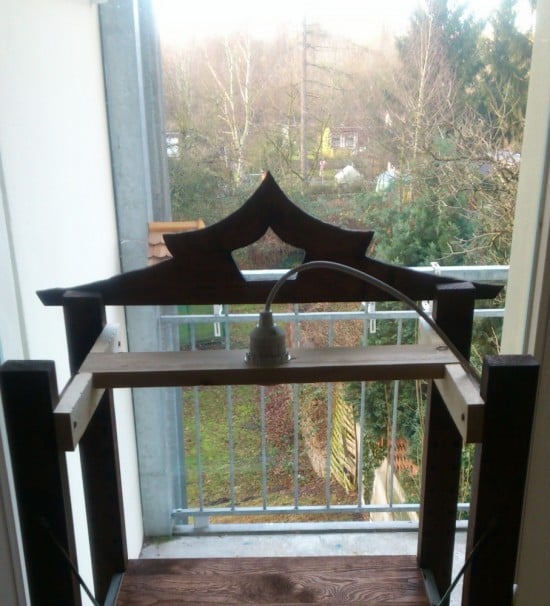 If you want to build your own greenhouses, I recommend this hack. I had already bought mine, but I would’ve tried this as well.

First, I painted IVAR with a wood preservative. Note in the pictures that I only painted the parts to be used outdoors – the lamp parts will be taken off during summer time. I painted it twice, twice to three times was recommended on the tin.

For the lamp construction, I used strips of wood I still had from previous projects. Cut twice as many as you need lamps and as many traverse ones as you need lamps. Use a hole-saw with the diameter of the lamp holder to drill a hole in the centre of the traverse piece. Glue or screw the three parts together. Attach them to IVAR with a water level. You can also use IVAR shelves for that, obviously.

Add the lamp holders. If you wanna use one switch/ socket for both lamps, put all the cables into one end of the lustre terminal (same colour into the same hole!) and the cable with the switch into the other end. I hid my lustre terminal in an old film can.

I had actually wanted to saw a section into the two IVAR shelves that hold the greenhouses to save space and to make them more secure in case of wind, but I didn’t have a jigsaw at hand.

As I try to grow bonsai trees from seeds, I wanted to add a Japanese style element. I had planned on making two, but sawing that piece by hand was so exhausting that I felt happy enough with only one.