BESTA built in with stone wall for TV 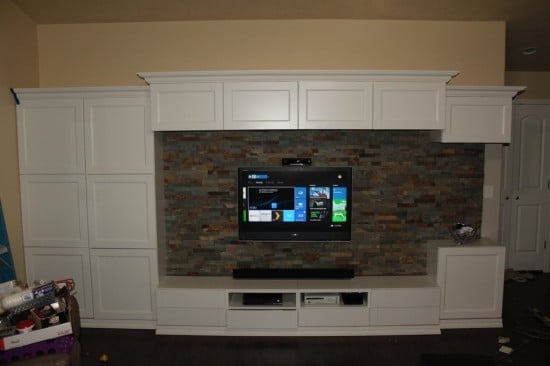 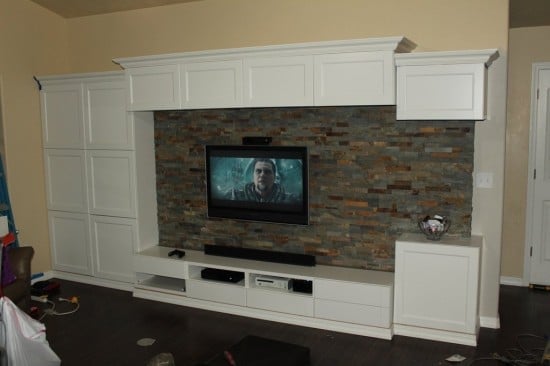 Inspired by Big Besta Built-ins and Papa Was a… Besta’ Stone!.

I first created a base using 2×4 and some foam (for protection) for the Besta to sit on so I could use floor trim later.

I then built a false wall to put the stone (Oxide Ledgestone and modified polymer motor from Lowes), the TV wall mount, and cables. I used 2×4’s and 5/16″ OSB. 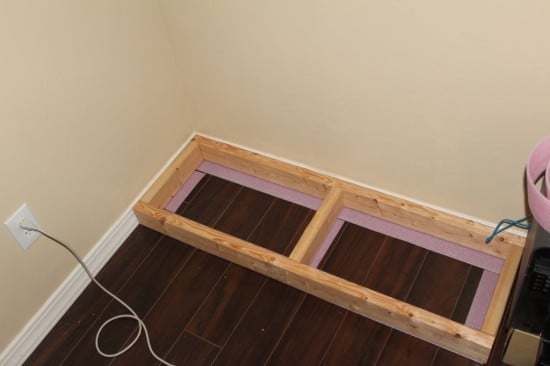 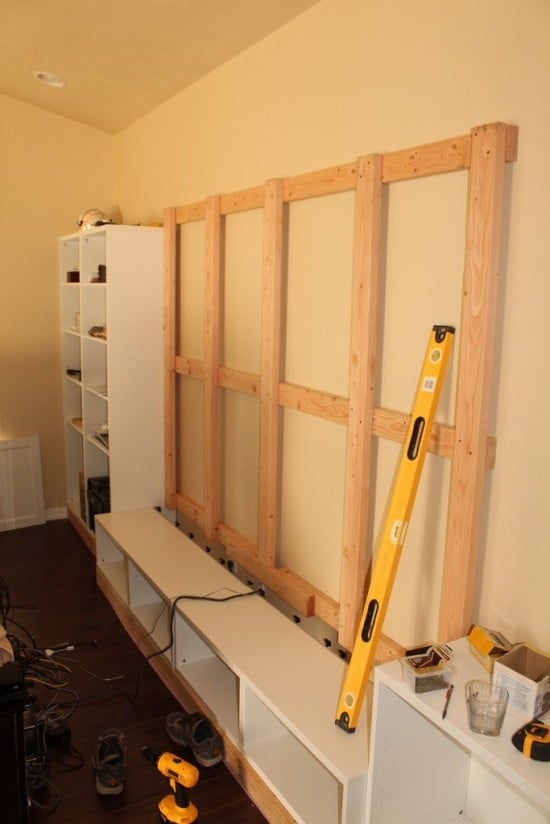 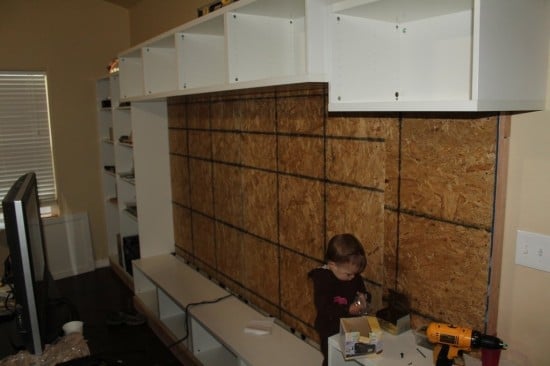 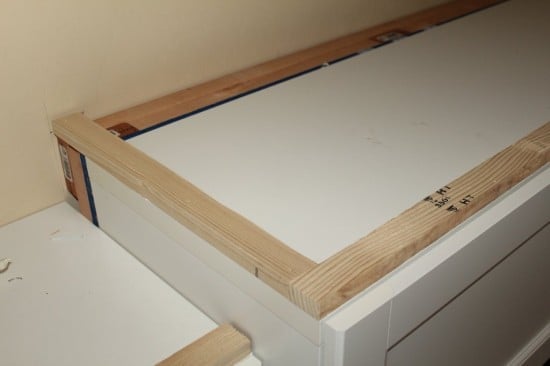 This false wall allowed me to ‘push’ the top and bottom centre pieces to add some depth.
Leaving the one end open gives the room a more open feel when you walk in from the kitchen.
I finished the top with some crown moulding. To install it, I used 1×2 and glued/nailed to the top of the Besta units. 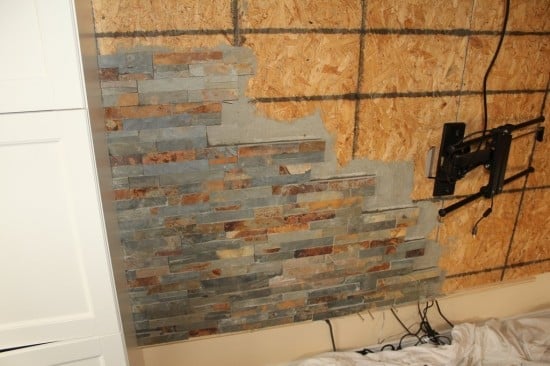 Misc stuff: In one of the drawers, I drilled a hole so I could place my game controllers and charge in the drawer; drilled a hole to run power and network for the printer in the bottom right cupboard; I matched the paint at Home Depot after bringing the door in and it worked great.