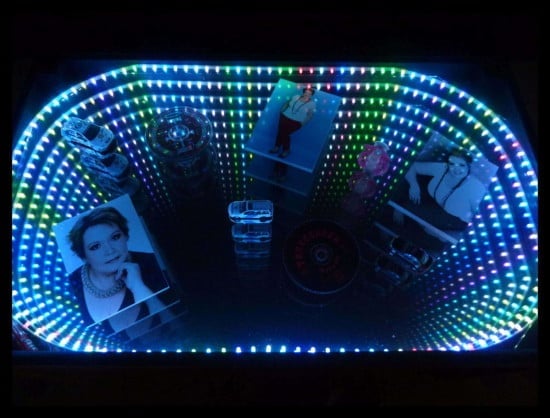 We like the LACK Coffee tables, our first LACK was damaged because I sat on it, and it broke in the middle. After a couple of weeks we have bought another one and took much care about it. But after a small party my wife kicked out one of the legs of our new LACK. Unfortunately the leg broke and the corner of the surface too. We thought we have to throw it away. I make a lot of LED projects, and started to think how to rescue our second LACK for my wife.

1. I unmounted the leg from table, and opened the table surface like a tin.
2. After all the top surfaces were unmounted, I cut out the stabilizer cardboards with a sharp knife.
3. There were a lot of glue at the bottom of the table, so I started to paint the side and the bottom with black spray. (This is needed to reduce the reflecting lights in the mirror system too, and gives higher contrast)
4. Because the corner stabilizer box wass also broken, I cut out a 4cmx4cm wood box to hold the leg in its position.
5. I glued the broken corner via special wood glue and let it dry for 24 hours. Took some 1cm wide black silk and glued on the sides to hide the wood texture, and give a frame for the table. (This is also needed to reach higher contrast)
6. I cut out a 3mm thick mirror, which is fitted in the table, and cut down the corners, because of the stabilizers.
7. I mounted the battery contacts on the broken corner and a push button switch.
8. I planned a printed circuit board for this project, which is 8mm wide and every LEDs repeated in 2 cm. (Originally it was 1cm every LED, but it was too much current for the battery)
9. On the weekend I soldered the 50cm long PCBs with each other and the 120 pcs slow speed diffused RGB LEDs on the PCB.
10. Mounted the LED strip in the table, and soldered to the rechargeable battery contacts.
11. I cut out the top glass which is 5mm thick, and foiled at the bottom (mirror side) with high quality SKYFOL SI50 foil. This foil has a 50% transparency mirror vaporised on the surface.
12. Took some pictures and cars, placed in the mirror system and closed via mirrored main glass.
13. The glass can be opened and the battery can be changed via the small (broken) hole on the bottom of the table, near the switch.

That’s my Infinity IKEA mirror project, I hope you like it. If you have more question about this project don’t hesitate to contact me. 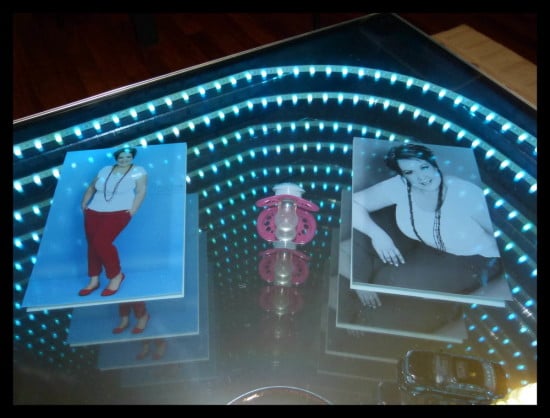 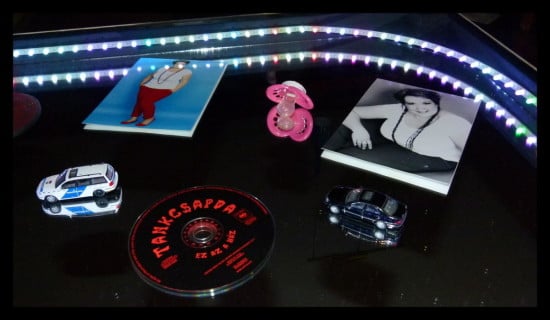 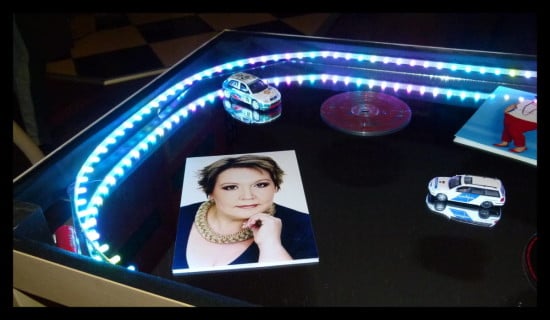 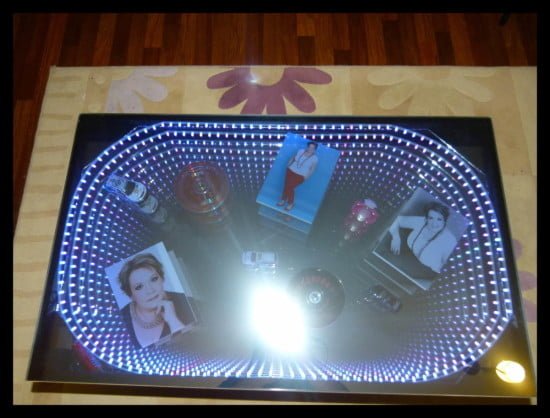