I was blessed enough to receive a mini studio setup from my cousin for my birthday and the first thing I noticed was my old desk was very…blah (pardon the dusty clock :/). 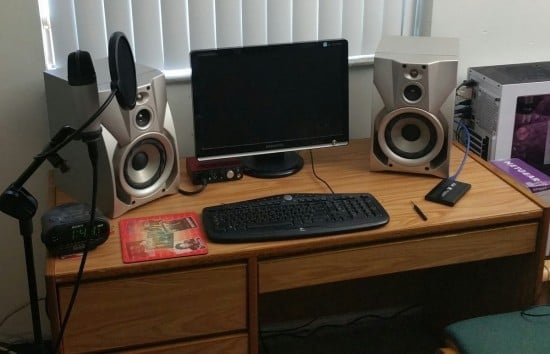 Although I have created the majority of my best work on it, leg room was not the best due to a drawer cabinet on the left and it just didn’t fit in with the other decor of my guest bedroom which is mostly black and silver. Additionally, because I knew my gift was just the beginning of future additions (as you’ll notice in later pics and why I named the post as such), I knew that there was plenty room for improvement. I came across this site while searching around for a new desk and being intimidated by non budget friendly prices. The more I browsed, the more I became intrigued by the idea of customizing to my needs. 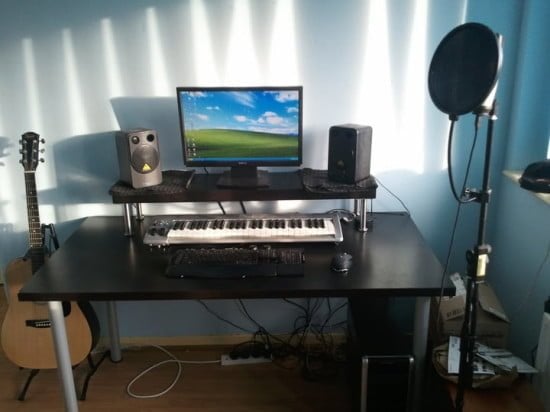 I loved it’s simplicity and spaciousness but some of the items are discontinued/replaced and I saw some more things that could be added as I kept looking around for more ideas. The concept as stated earlier was basically all/mostly black which IKEA has lots of, so here’s the breakdown. 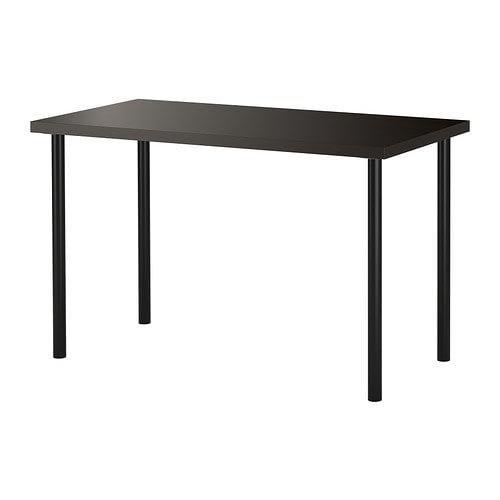 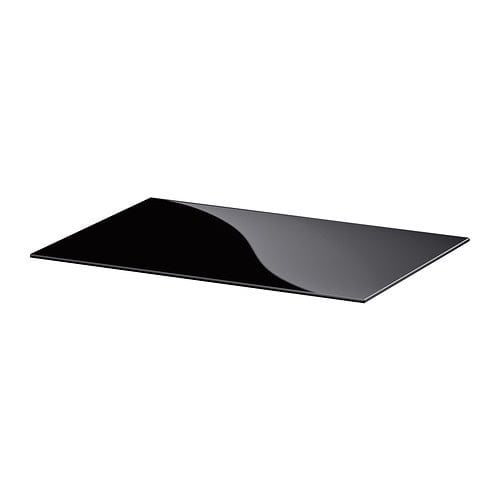 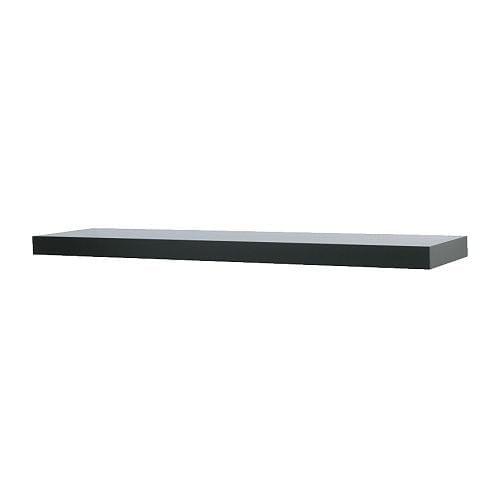 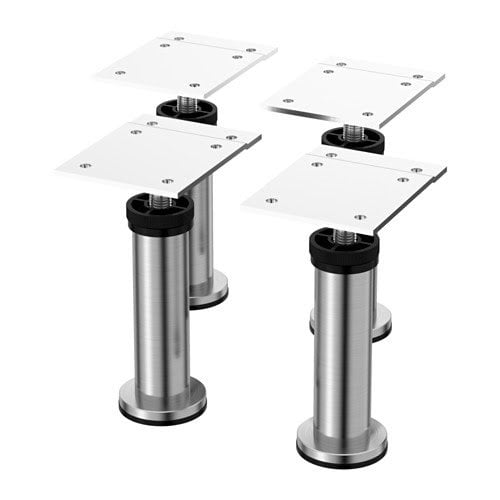 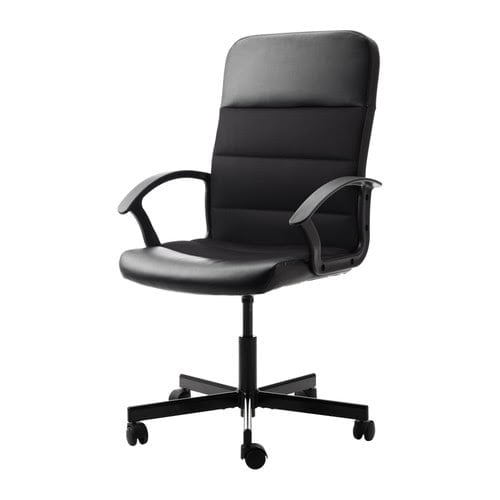 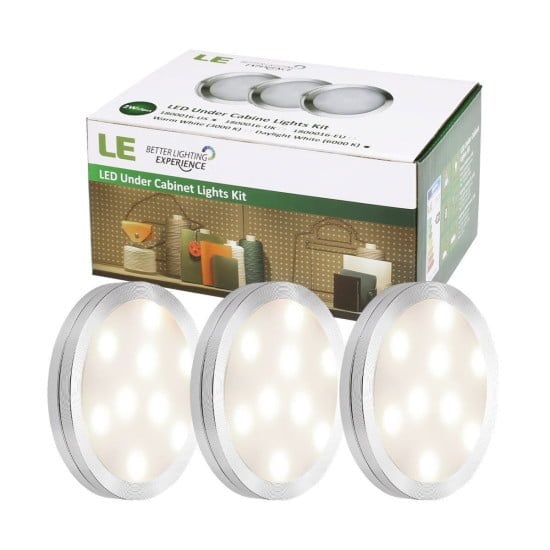 I started off by setting up the Linnmon but I was kinda wary about using this table due to complaints I read about it being wobbly and sinking in the middle over time. With that said, I took care in screwing the plates with just a regular Philips and added the legs one by one. Don’t over screw the plates and make sure the adjustable bottoms for the Adils are in all the way and that should be it, no wobble whatsoever on my end after I was done and its up against a wall as well. I purchased an extra leg just in case of any issues in the future to brace the middle but probably won’t need it.

As far as the Lack shelf goes, I started running into issues here. I drove the two Capita legs flush into the far back corners of the unfinished side and TRIED to get the two front legs about 1/8″ from the front corners and side…one leg behaved, the other didn’t. Two of the screws decided they wanted to go in sideways which eventually led to whatever little particleboard inside being torqued away slightly. I then unscrewed and flipped the leg horizontally to drive in new untouched areas which went better however my slight OCD started to kick in as I could see the front edge of the legs. Third time’s a charm..unscrewed both legs and moved them back about an inch and it was a done deal.

Then came the interesting part…I’m sure some eyebrows raised seeing the BESTÅ top panels in the list. Well, I wanted a glossy black finish and realized during research that the black-brown of the table was slightly noticeable in comparison to black of the shelf. I started looking for glass tabletops however the ones I saw didn’t come in the length and color I needed and I was lucky enough to notice the Besta panels from a potential under desk shelf idea. Ironically, the dimensions of the three panels side by side equal the dimensions of the Linnmon exactly! A straight panel would have been ideal but the grooves between the panels actually add something unique to the table and they are tempered glass. Just make sure if you use this idea, the included tape is close to the front corners as in the instructions and your edging is lined correct for the first panel as the glass bonds on contact with the tape. In the event you mess up, use the blade to slide under the corner of the glass so you can cut the tape and reset it with new tape. Once the first panel is on, the other two should be fairly easy. 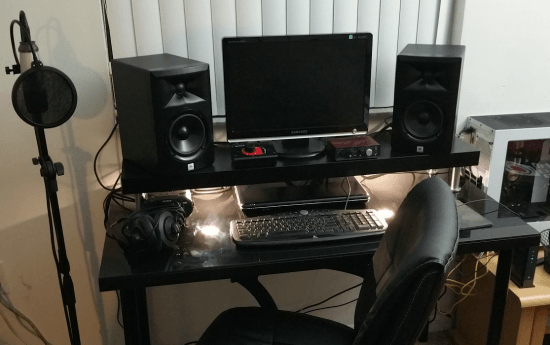 For me, this has been a major improvement with still more room for growth. I’ll take care of cable management when it’s all done. 🙂 If I can find something with the dimensions I need (18 x 10″), I’m considering adding a shelf under the screen place my consoles and to raise it up a little as my laptop screen obstructs my view partially as seen below. 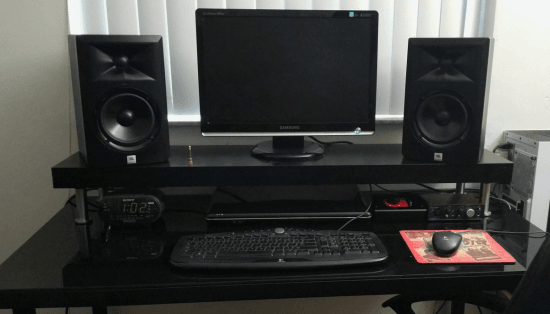 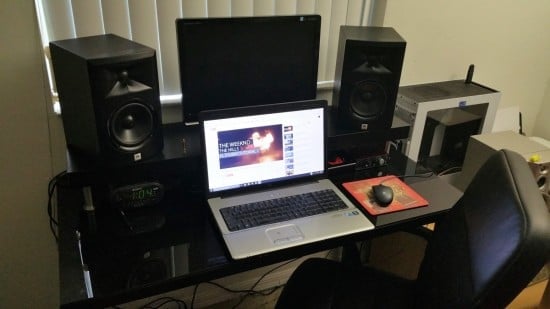 As for the swivel chair, ehhhh…I’m probably going let my wife keep it or return it because the seat was too narrow for me to the point the arms dug into my thighs and the back is hollow.. :/ I’ve since replaced it with this for $10 more: 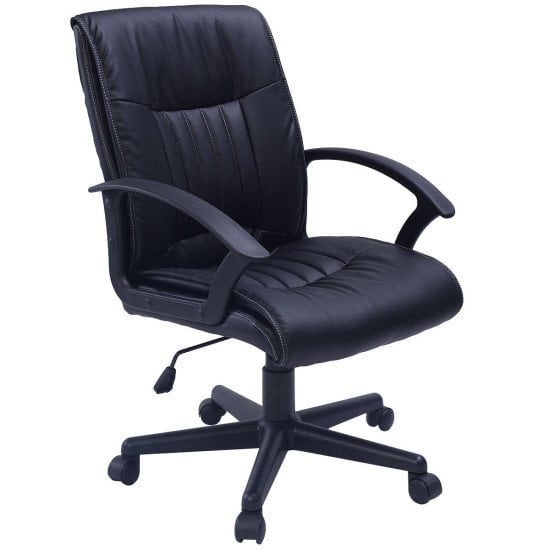 The lights came a few days after, I mounted two in line with screws for the rear bracket of the shelf, the third light may go under the future secondary shelf. 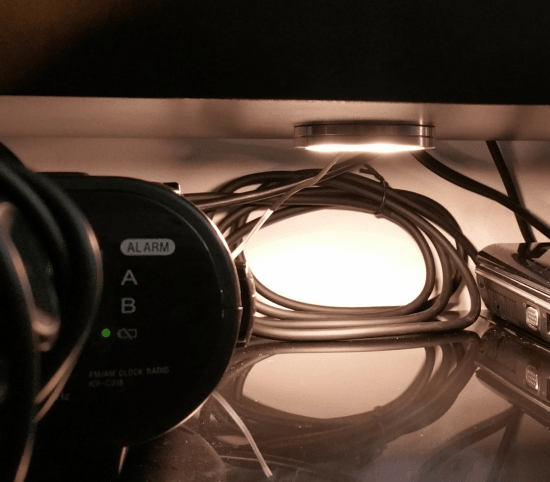 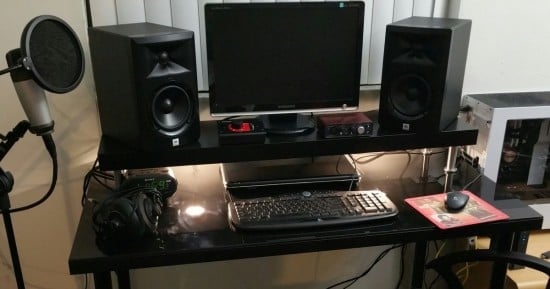 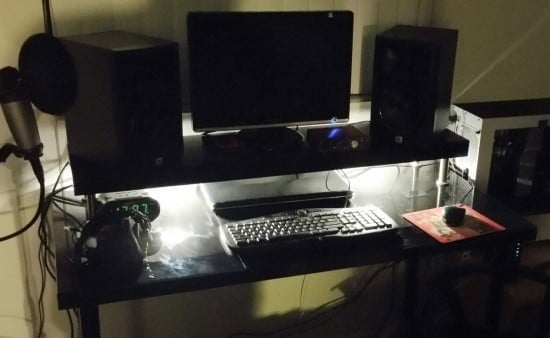