Ad found the IKEA LACK coffee table a tad boring. “I had seen an example of another rustic coffee table DIY with wood and found it very interesting,” says Ad. “The most challenging part of the hack was getting the right color on the table top.” 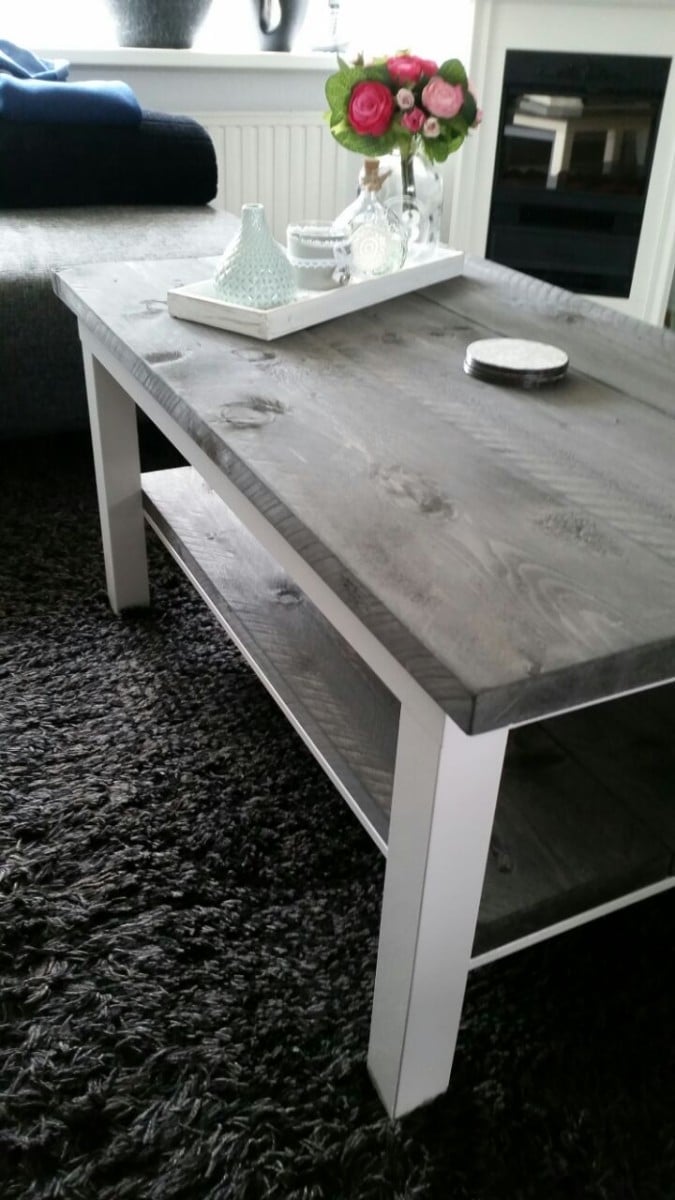 Even though it is a simple modification, he loves that it gives a whole different look to his living room. Since then, he has also made a larger model for his daughter and one for his sister. 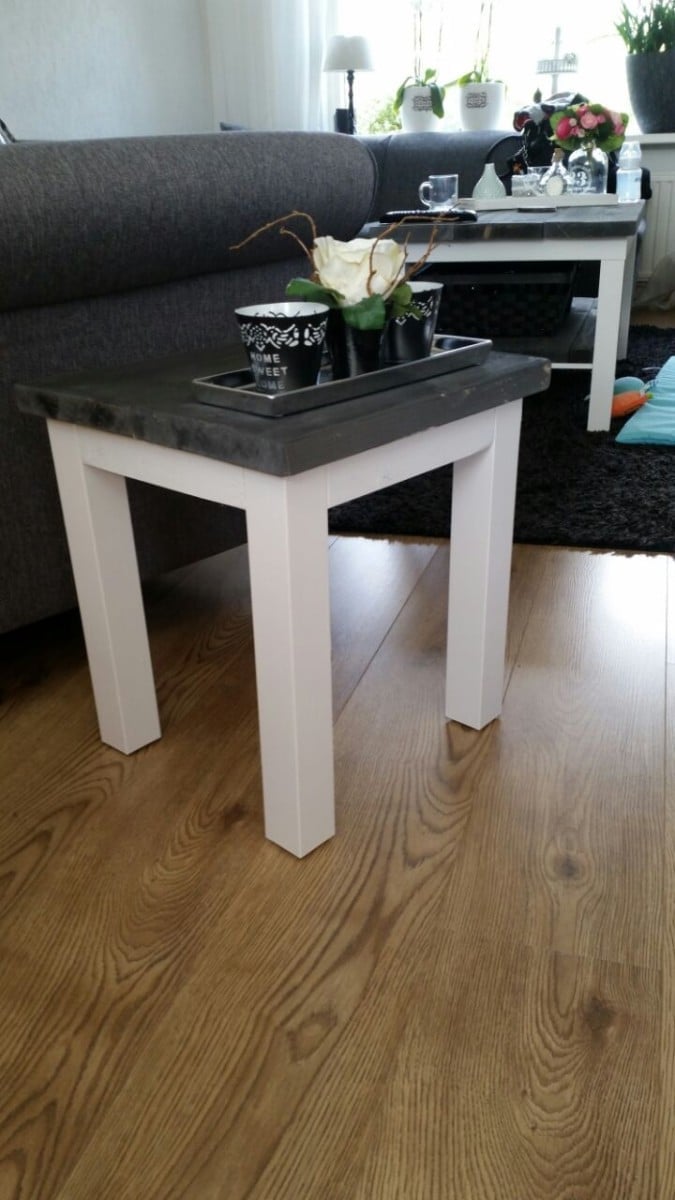 1. Assemble the LACK coffee table following instructions from IKEA but do not attach the lower shelf yet.

2. Measure the length and width of the LACK table top and add 1” all round. This will be the overhang of the table top. Cut your pinewood according to these measurements.

3. Prepare the pinewood by sanding it down well with fine grit sandpaper.

4. Paint with chalk paint (I used Annie Sloan’s Chalk Paint) and then edit it with a dry cloth, to get the distressed look.

5. Place the pinewood on top of the LACK coffee table top, making sure that the overhang is balanced on all sides. Attach it to the original table via screws from the bottom so screws will not be visible from the table top.

7. For the smaller LACK side table, follow steps 1-5 but adjust the size of the table top accordingly.

*Post edited to include step by step instructions from Ad.

You may also like these ideas on rustic coffee tables:

– Bed slats turned into a coffee table with storage. 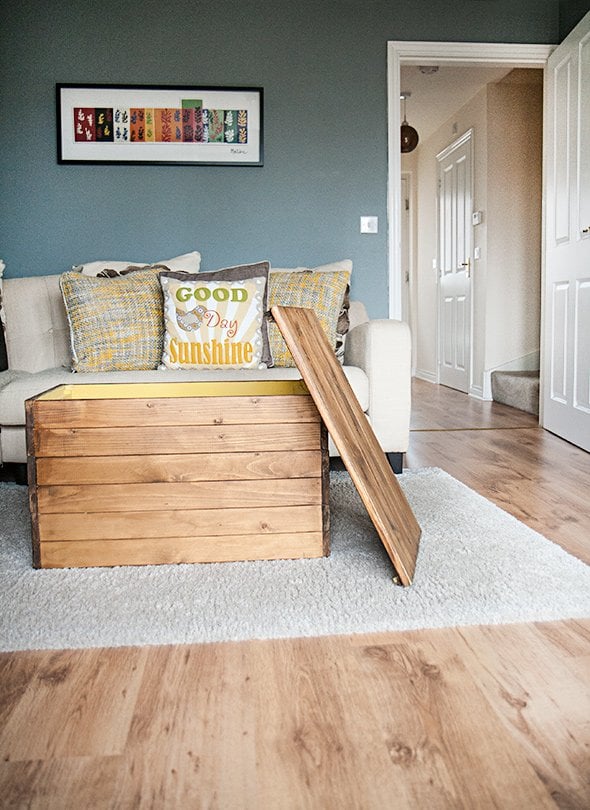 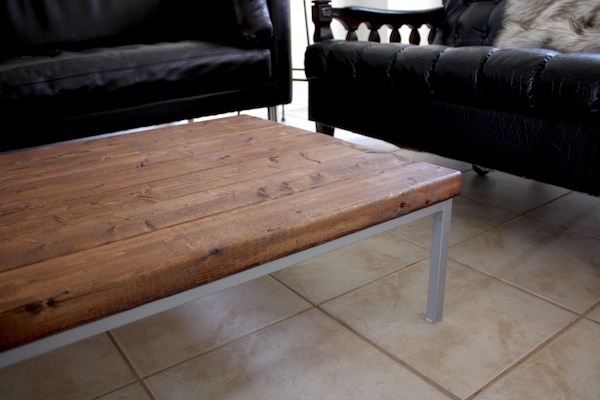 – Rustic Industrial with pipes and bamboo. 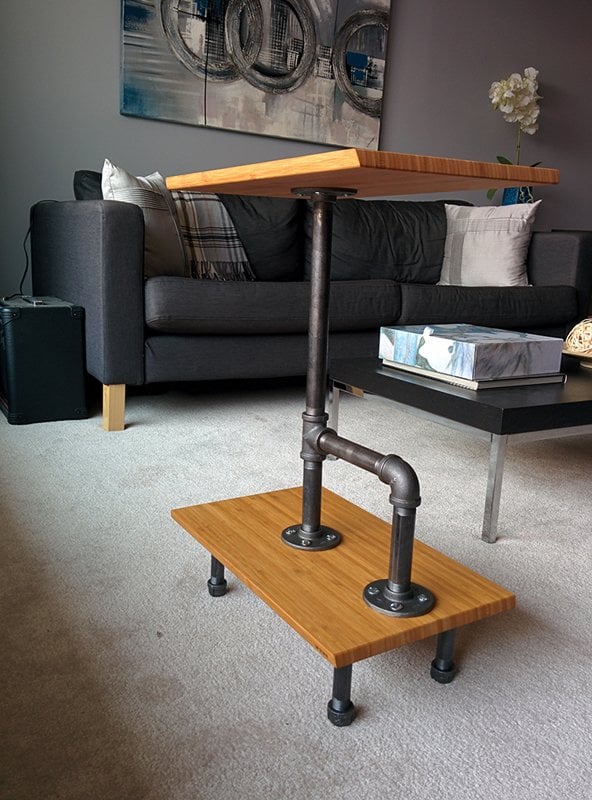