This is one heck of an IKEA hack. Stefan made a storage bed. Correction: It’s a bed with massive amounts of storage out of 2 MALM bed, 4 MALM chest of drawers, 2 nightstands and 1 headboard.

First, he designed the bed in 3D and this was his initial plan. 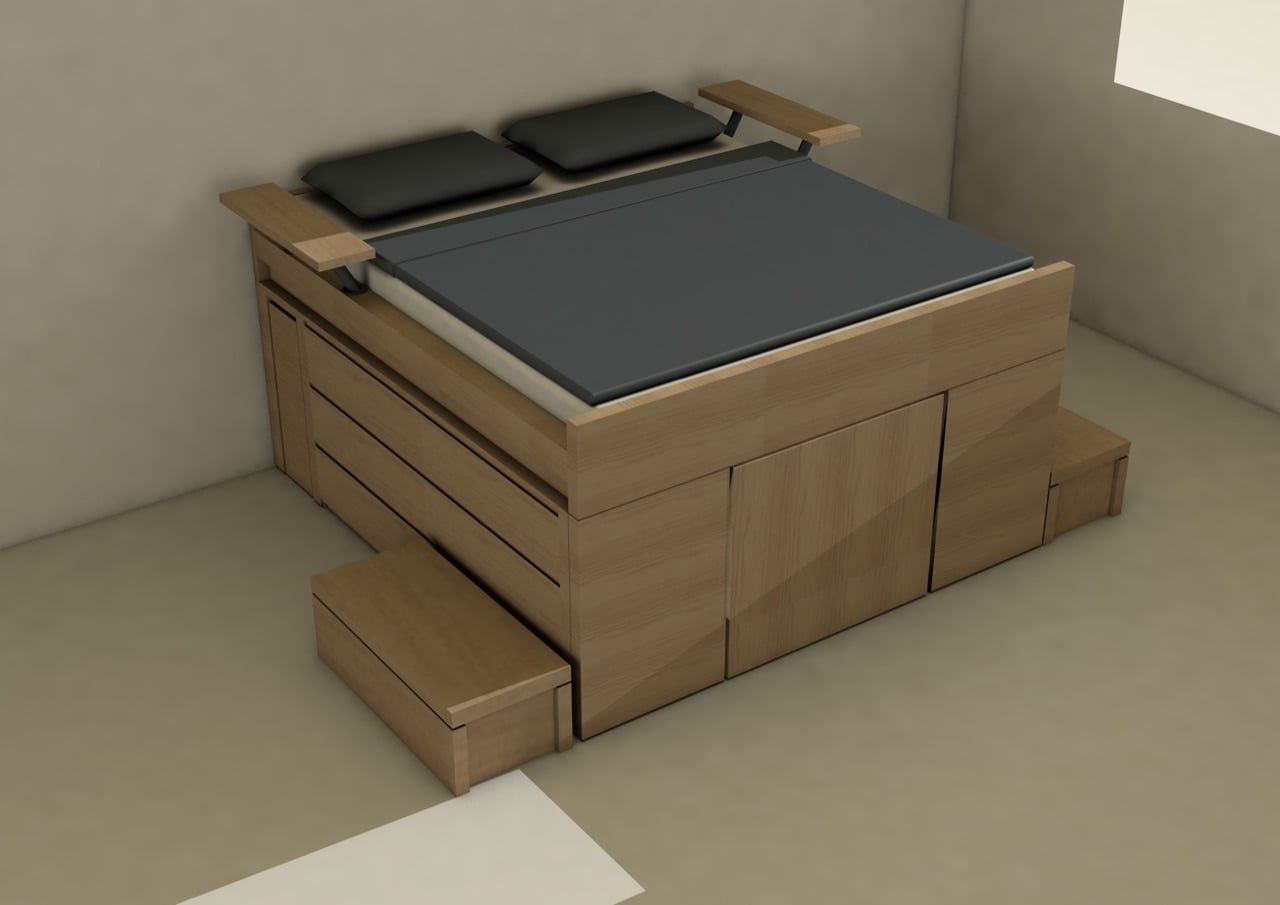 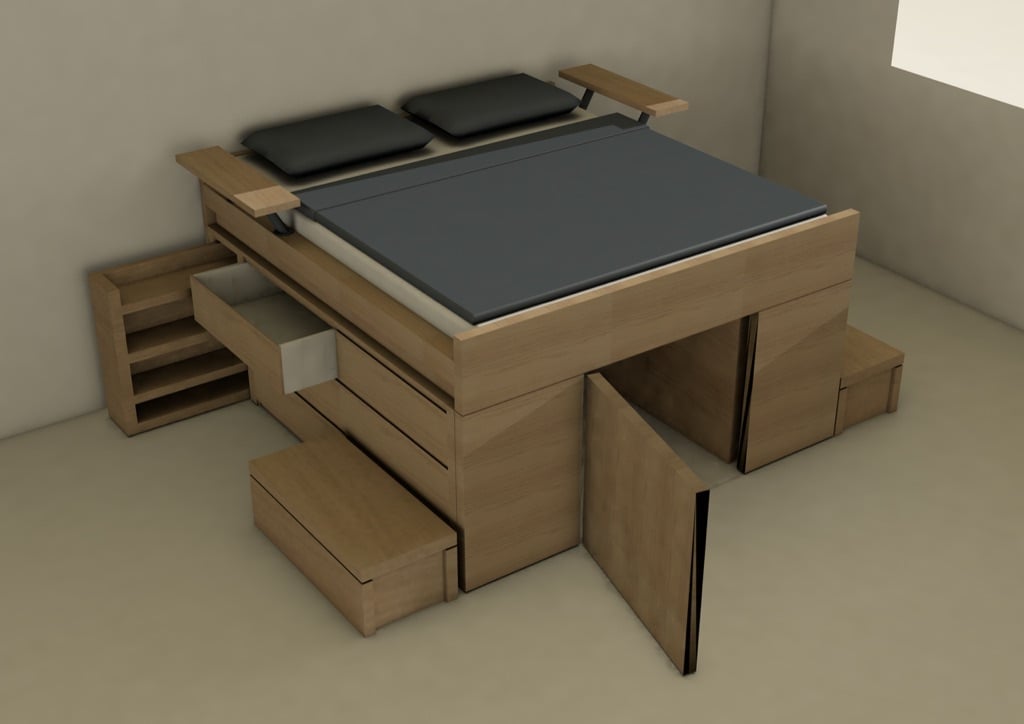 Then, he thought he’d need a headboard too to fill up the whole bed frame. In the end, he replaced the headboard with 2 nightstands and used the headboard as the new “nightstand” for lamps and books and so on.

When he cut open the MALM boards he was surprised. “This was a quite shocking finding. The boards are nearly hollow. Just a hexagonal cardboard structure glued together with thin fiberboards and are the reason for the IKEA light-weight construction,” he says. 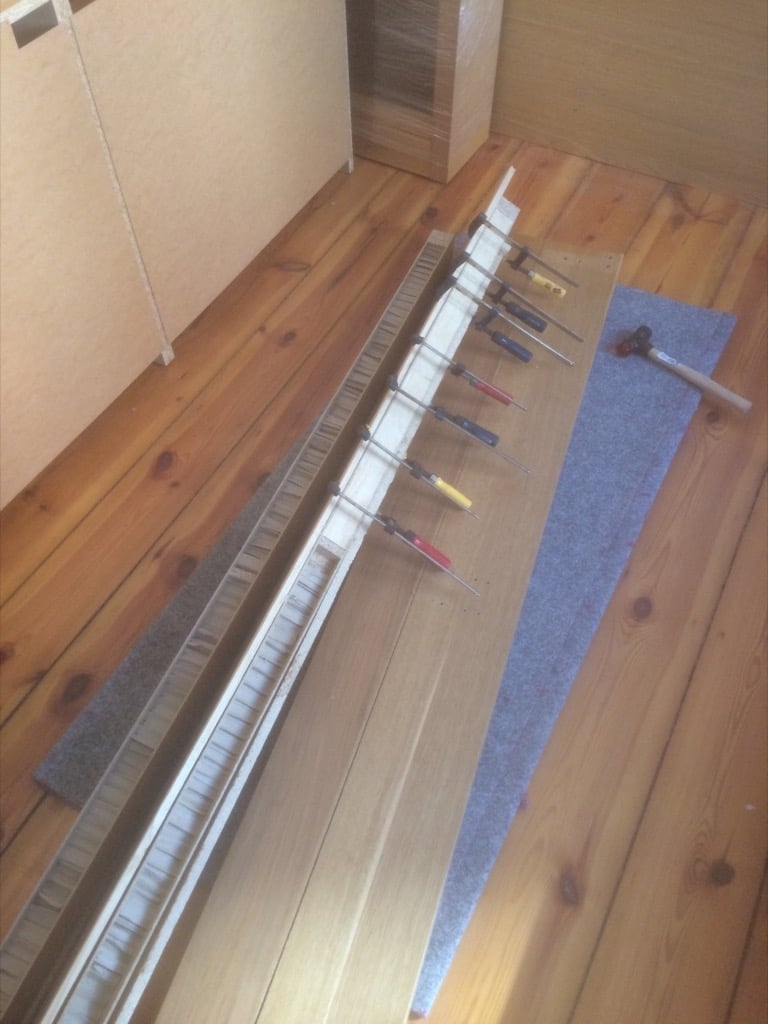 “I got stuck for some days, as I thought, it will never be possible to work with such a material. But after some consideration, I got an idea how to workaround [the boards] for my storage bed.”

The hardest bit of the project was when he had to cut both (from both beds) foot boards to get rid of the small elevations so the side struts would be lay flush with the drawers when fixed together.

From then on, it’s a lot of careful cutting, adding struts and joining the pieces together. He makes it look easy but it’s definitely not a hack for the faint-hearted. 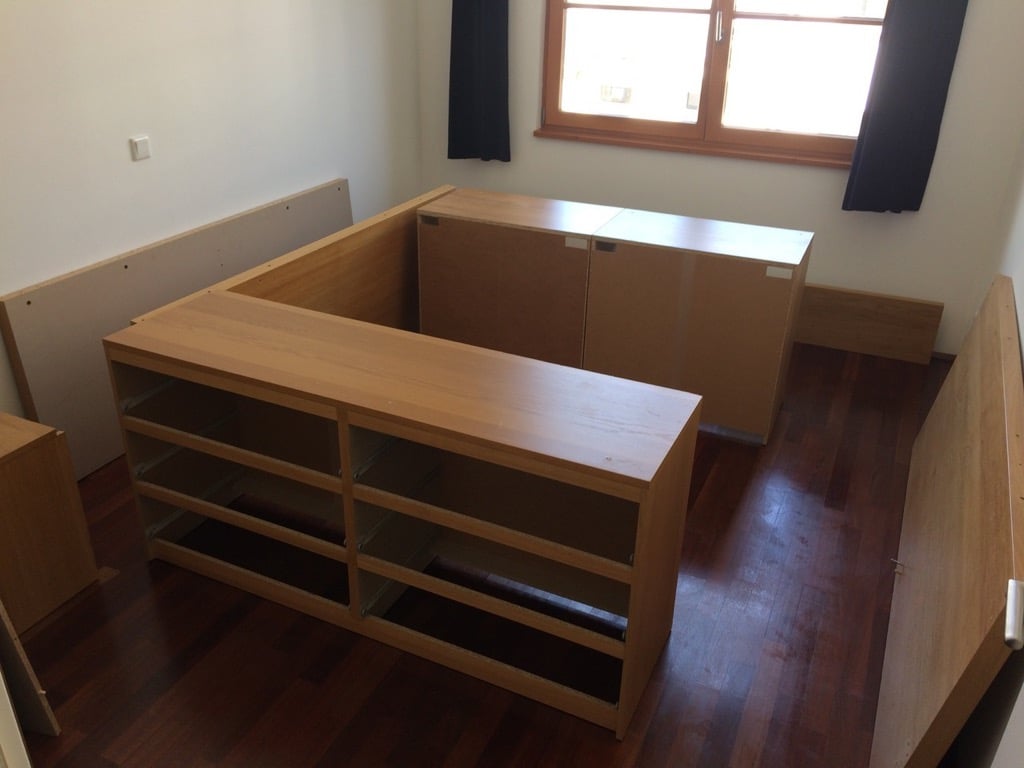 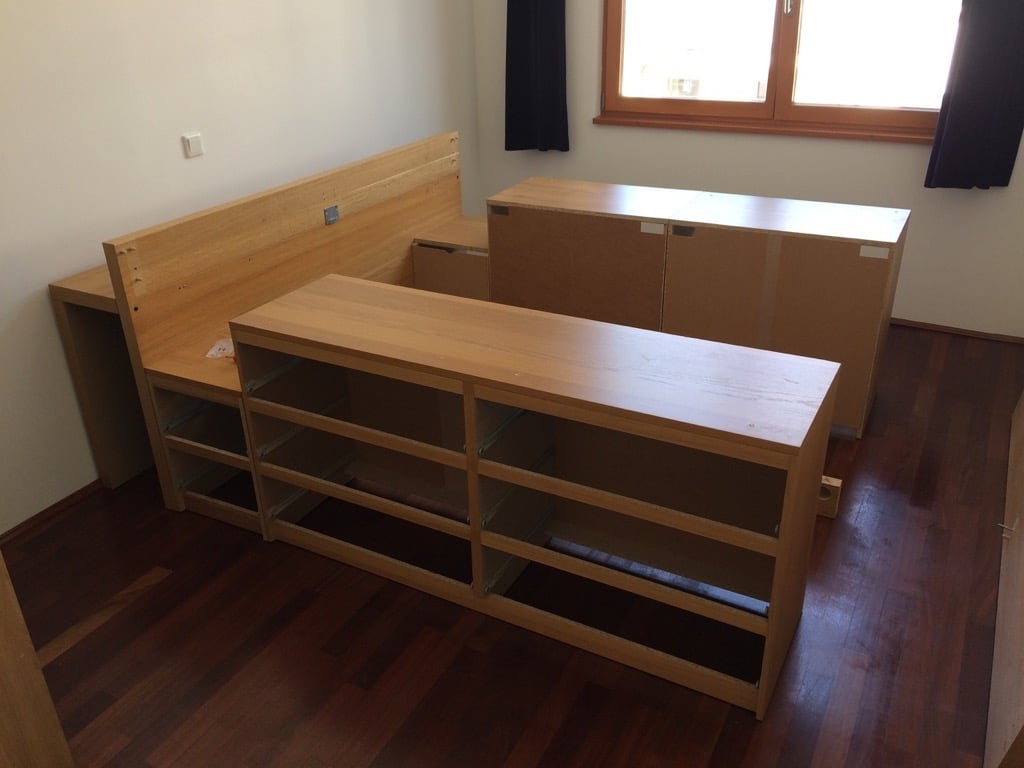 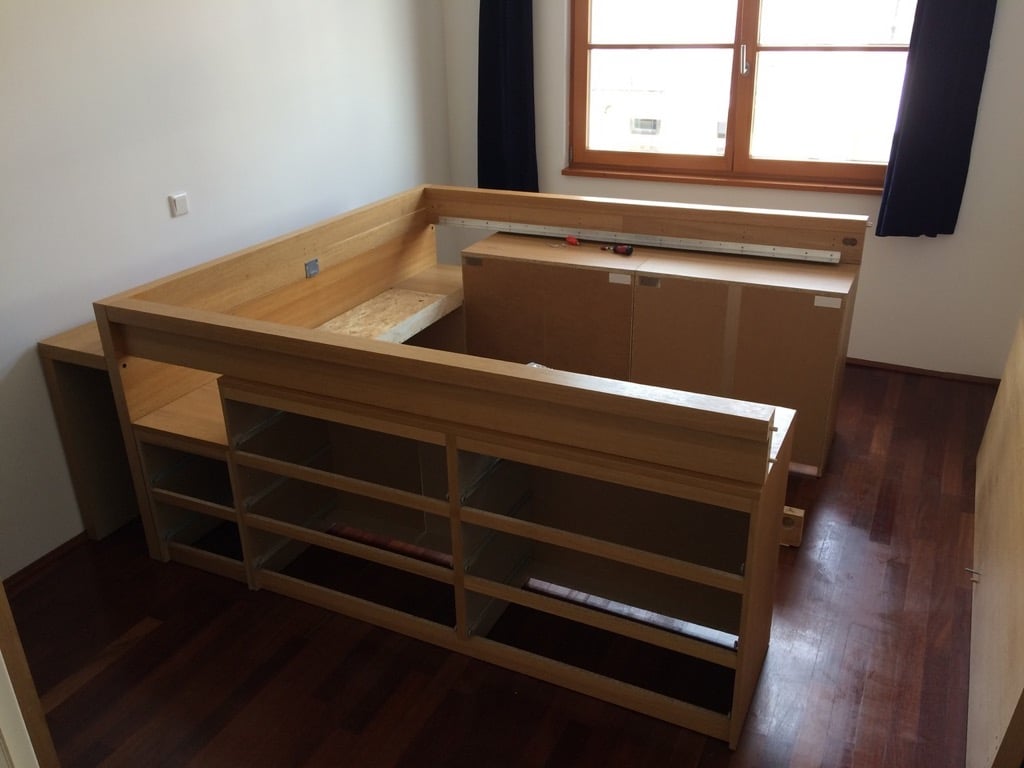 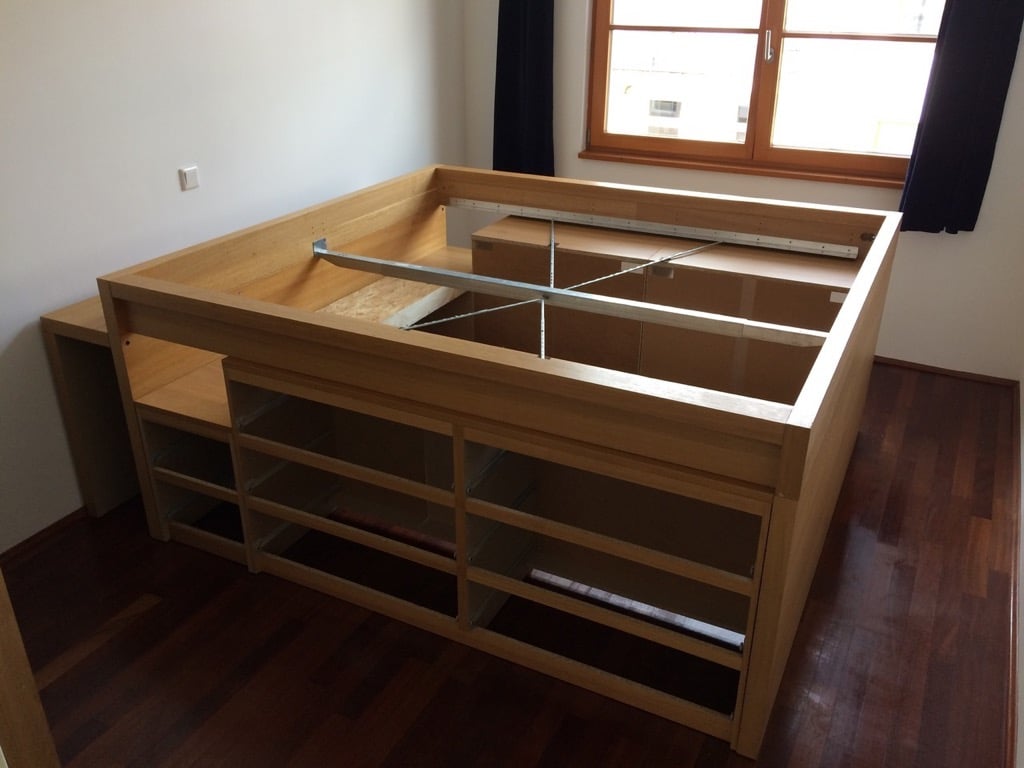 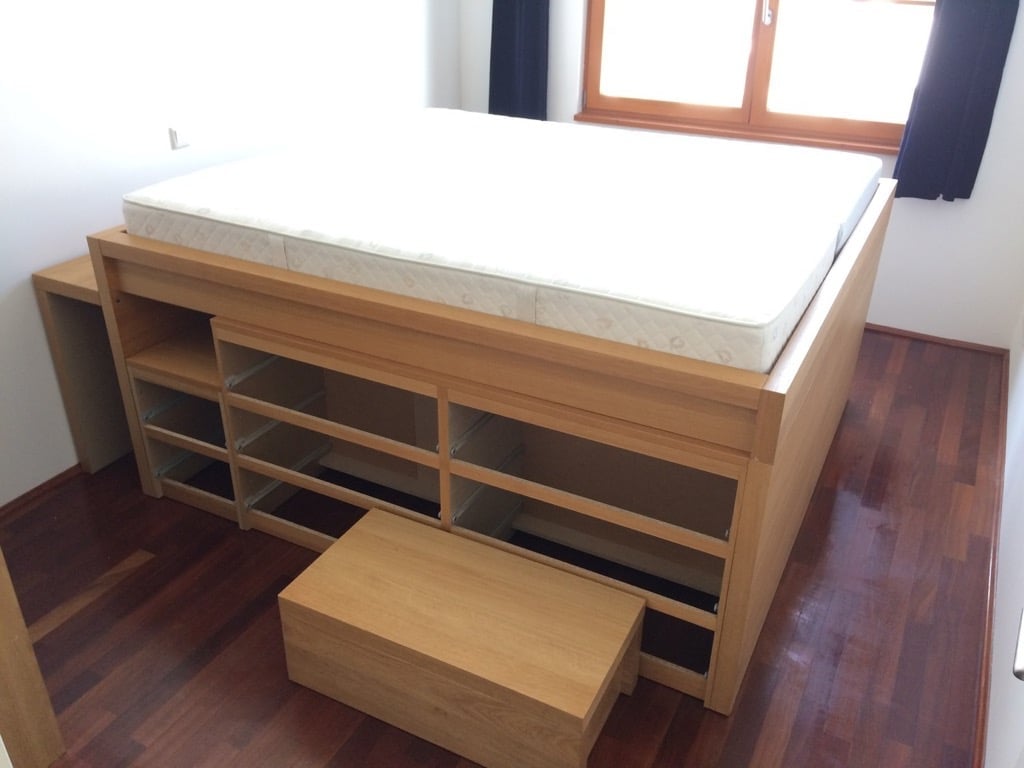 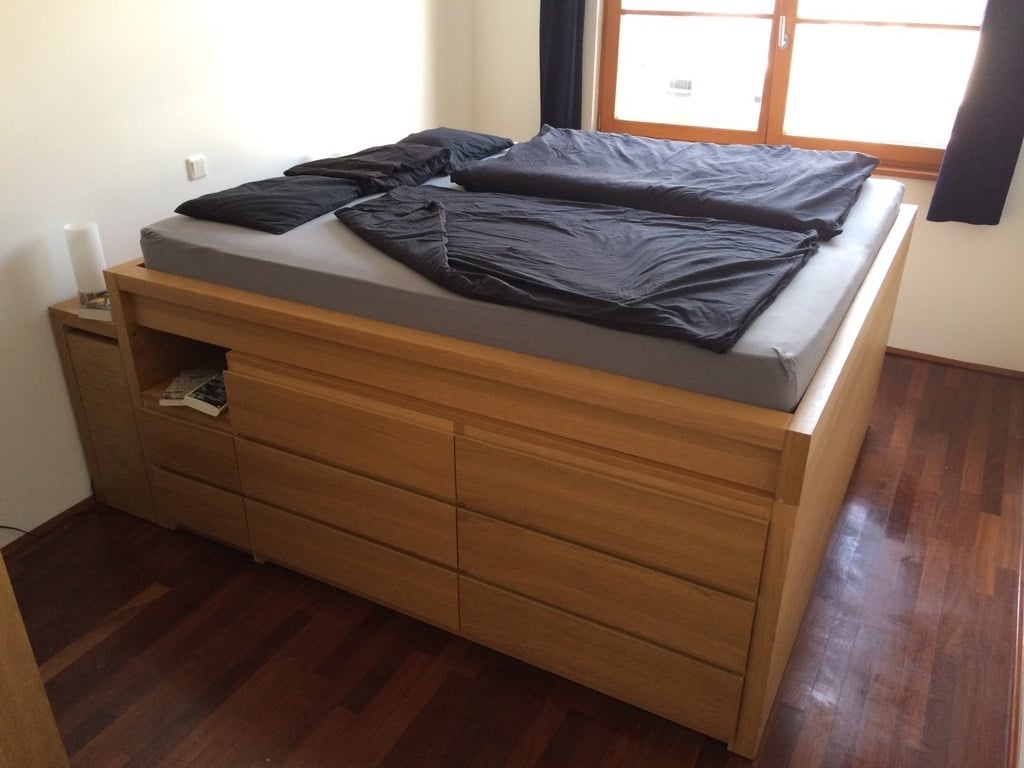 Stefan has uploaded lots of photos and instructions to his Tumblr. Go take a look at his massive storage bed.

Or take a look at this video for the short version.